Just like that, we’re nearing the half-way point of 2019. Where does the time go?

May 2019 was one for the history books, from Beyond Meat becoming the first vegan meat brand to go public (leaving Uber’s IPO “in the dust,” in the words of CNBC) to Discovery Channel announcing a series about showing compassion to farm animals. One might say this is the month that plant-based food officially went mainstream, with news outlets even going so far to say that it’s the safest stock to invest in right now.

Beyond Meat competitor Impossible Foods is ramping up production thanks to a $300 million star-powered in investment from Jay-Z, Jaden Smith, and Katy Perry, to name a few, which will help it meet customer demand as it prepares to launch Impossible Whoppers in more than 7,000 Burger King locations.

In addition to that, comedian Kevin Hart went vegan, Macklemore ditched meat in a new health kick, and Formula One champ Lewis Hamilton proved that you can put on muscle on a plant-based diet. Leading UK supermarket Tesco also began shutting down meat and deli counters across the country due to a lack of customer demand.

The Top 11 Plant-Based News Stories for May 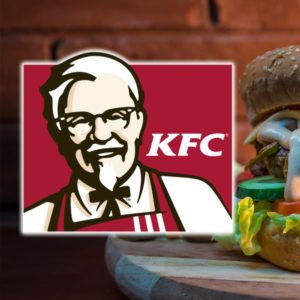 KFC is trialing a vegan chicken sandwich in the UK

The wait is finally over. After teasing that it would launch meat-free chicken earlier this year, KFC revealed that it’s currently trialing a vegan sandwich at its UK development office. BBC One host Nisha Katon, who tried the burger, described the flavor as “brilliant,” making good on the meat-heavy brand’s promise that its new option would be more than just a standard black bean burger. “That lets down vegans,” said KFC innovation director Jack Hinchcliffe. 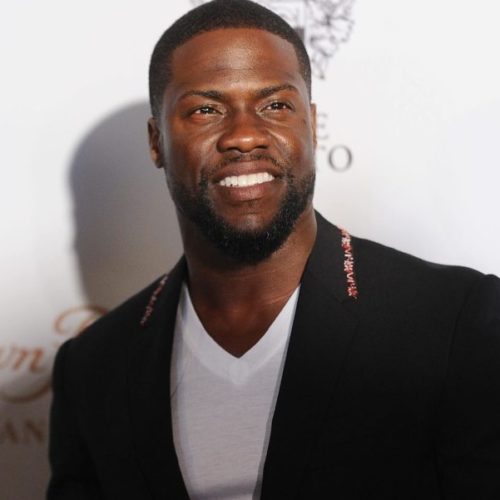 Actor and comedian Kevin Hart took to Instagram earlier this month to announce that he’s adopted a plant-based diet. The Philadelphia native said that while he already eats healthy, he’s “taking it up a notch,” by going vegan “for a while.”

3. Tesco Shuts Down Meat Counters Due 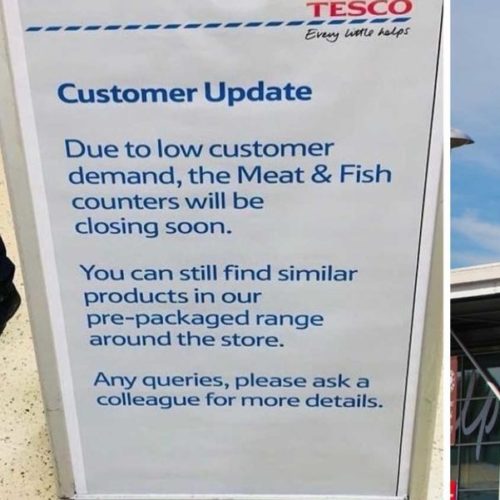 Tesco began shutting down meat counters across the UK

Is Tesco getting rid of its meat counters? The UK’s largest supermarket chain, known for its growing range of own-brand vegan products, began shutting down meat, fish, and deli counters across the country, citing low customer demand.

“We’re making changes to our UK stores and head office to simplify what we do and how we do it, so we’re better able to meet the needs of our customers,” Tesco chief executive Jason Tarry told Cornwall Live.

Stores in Cornwall, Burton, Devon, North Wales, and Kent have already shut down or reduced hours at counters. According to the Guardian, the change may affect 732 of Tesco’s larger stores. 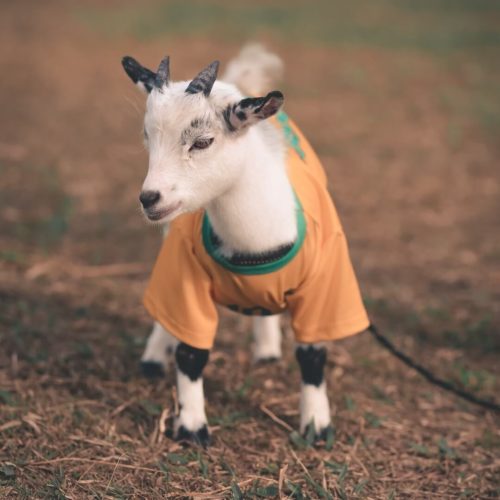 Fast fashion retailer H&M pledged to drop cashmere by 2020. The move is part of the company’s 2030 goal of making its supply chain more transparent and sourcing more sustainable materials.

Valued in fashion for its buttery-soft texture, cashmere wool is typically spun from the fur of pashmina goats. Ninety percent of the world’s cashmere is sourced from Mongolia and China. Footage from a cashmere farm obtained by international animal rights organization PETA (People for the Ethical Treatment of Animals) shows frightened goats having their fur painfully torn from their skin using metal combs. Many are left with open wounds that go untreated. Cashmere farms also have an environmental impact, causing desertification and soil degredation. 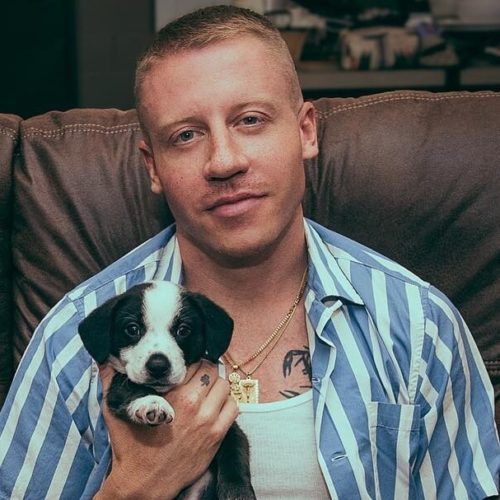 Macklemore announced in his Instagram Stories earlier this month that he’s now meat-free.

“It’s a beautiful day in the Pacific Northwest out here and I’m grilling, but I’m not grilling meat. That’s right, this is vegetables,” said the Washington native. “This is health. I’ve been off the meat for 30 days. I feel the same. I’m still the same weight but I’m in it for the long haul baby. We healthy 2019.”

Additionally, the rapper seems to have swapped thrifted fur for vegan alternatives: at this year’s Met Gala, Fashion: Notes on Camp, he wore a trailing faux white fur coat. “When you didn’t get the invite but you still show up and nobody questions you because your whole life is camp,” he said. 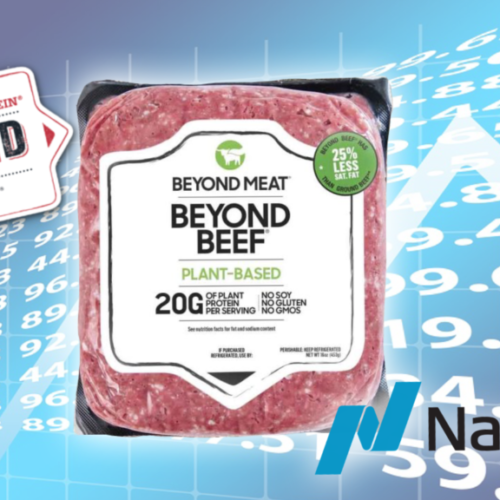 El Segundo, California-based vegan brand Beyond Meat made history on May 2 by becoming the first plant-based meat brand to go public. The move made huge waves: shares started at $25, but broke the $100 barrier by the end of the month. Beyond Meat’s impressive stock has everyone talking about vegan food’s potential in the stock market, from Bloomberg to Reuters and CNBC. 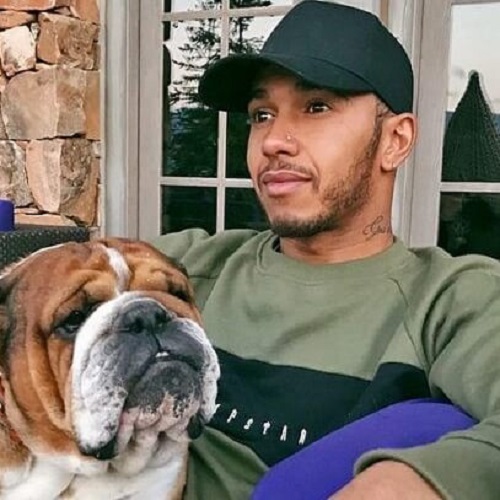 Five-time Formula One racing champ Lewis Hamilton isn’t one to shy away from talking about the uncomfortable realities behind using animals as commodities. The vegan athlete shared a photo of a donkey being made to pull a cart in his Instagram Stories earlier this month with the caption: “I just wish I could be there to give this beautiful animal a hug, take him away from this pain and bring light into their life. It is such a cruel world, how can somebody do these things to other beings. Gives me so much pain in my heart.”

The 34-year-old also revealed that he’s having no trouble meeting Formula One’s new rules, which exclude the driver’s weight from their vehicle. Since the announcement last August, Hamilton has put on 15 pounds. “I was 68kg (150lb). I’ve had to be that weight for the past 12 years and finally rules change this year and I can eat a little more and bulk up. I’m at 75kg (165lb) now and happier. Adding weight was easy and I did this on a vegan diet,” he wrote on Instagram. 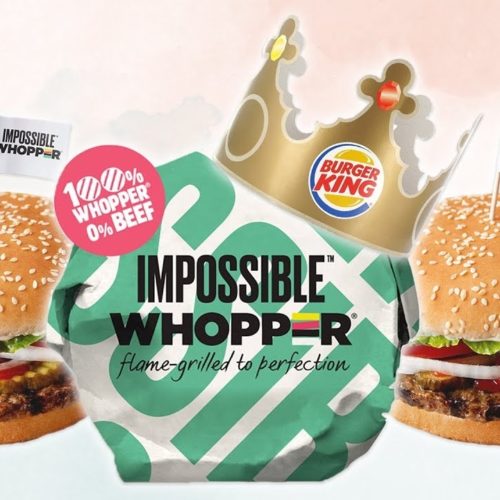 Burger King isn’t stopping with just the Impossible Whopper in the U.S. The fast food giant is working on bringing it to Canada and the U.K. and in Sweden, there are two new vegan sandwiches on the menu: the Unbelievable Chicken King and the Unbelievable Whopper. While the meat-free patty in U.S. restaurants is supplied by Impossible Foods, Burger King has not revealed the name of its European supplier. It’s made from a blend of soy and wheat protein. 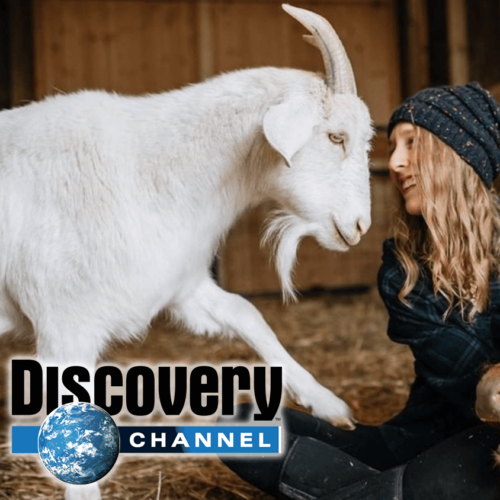 Discovery Channel-owned network Animal Planet will air a show featuring Michigan-based farm animal rescue, Barn Sanctuary, at the end of 2019. The show features co-founder Dan McKernan and his team through the ups and downs of running a farm sanctuary as well as show a side of the animals raised for food that viewers don’t often get to see.

“All of us at Barn Sanctuary are thrilled to open our barn doors to Animal Planet’s millions of viewers,” McKernan said in a statement. “This show will give farmed animals the chance to be seen in a different light as we rescue, rehabilitate, and provide a loving home to abused and neglected farmed animals.” 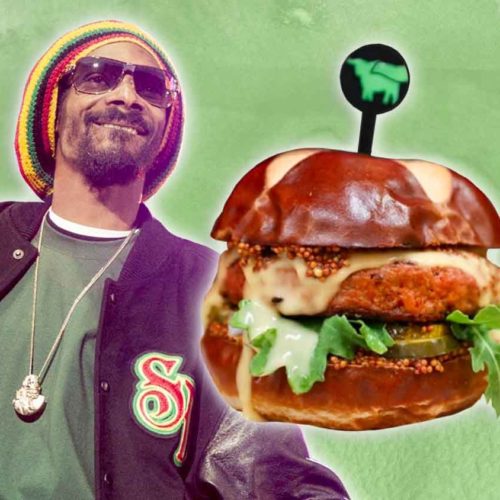 Snoop Dogg is a Beyond Meat fan

Beyond Meat is backed by star power, from Leonardo DiCaprio to Jessica Chastain and even Snoop Dogg. The rapper promoted the vegan meat brand after its first-day success on the stock market and earlier this month, told fans to give it a try.

“Go to Instagram and play with that Beyond Meat gif and make a few things,” he says in an Instagram video, referring to a new animated vegan burger sticker. “And while you at it go get you some of that meat. Eat better, live better, taste good, so says Snoop Dogg.” 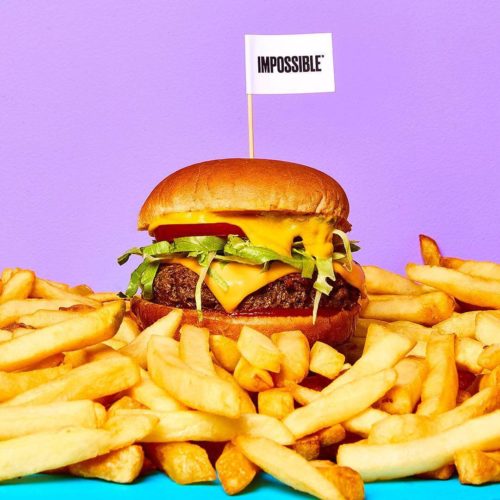 California-based vegan meat brand Impossible Foods announced that it closed a $300 million round of funding, backed by celebrities including Jay-Z, Serena Williams, Jaden Smith, Trevor Noah, Ruby Rose, Katy Perry, and will.i.am. According to the brand, whose meat-free patties will launch in more than 7,000 U.S. Burger King locations by the end of the year, funds will be used to at a third shift to its production facility in order to help meet consumer demand.

Impossible Foods is also reportedly in talks with a number of major restaurant chains, including Wendy’s, Dunkin‘, Papa John’s, and Subway. Known for its burger, the company developed vegan sausage for pizza chain Little Caesars, which is currently being trialed at select locations.