The UK’s first all-vegan hotel is set to open its doors in Scotland.

Saorsa 1875 will ensure that everything — from the meals served to the furniture used — is free from animal products, “from check-in to departure,” The Scottish Sun reported.

Saorsa 1875 will replace the former Birchwood Hotel in Pitlochry, a burgh in the Perthshire county. The new vegan venue is owned by Jack McLaren-Stewart and his parents, Sandra and John.

The family, who are all vegan, have spent the last eight months renovating the hotel to make everything cruelty-free. They hope the business will inspire more vegans to travel to the Scottish Highlands.

“Our reasons for opening the vegan hotel were twofold,” McLaren-Stewart told The Scottish Sun. “Partly it was born out of a frustration at the options available to vegans in this part of the world.”

“We’re Scottish ourselves and like all Scots, we’re intensely passionate about our country and all the amazing things it has to offer,” he added.

“Unfortunately, outside of the main cities there aren’t a whole host of options for vegans which can make travelling through the area very difficult and sometimes quite distressing,” the 26-year-old entrepreneur said.

But Saorsa 1875 isn’t just for vegans. “[W]e wanted to create a space where anyone, vegan or otherwise, can come and experience the beauty of the Highlands without feeling like they’re compromising on their ethics,” McLaren-Stewart explained.

Opening the hotel in the Highlands was a “no-brainer” for the family. “It’s one of the most beautiful places on Earth and we’re really excited about opening it up to a whole range of people who might not have otherwise visited,” McLaren-Stewart said.

Guests staying at Saorsa 1875 can enjoy its vegan cocktail bar and restaurant, with the food served drawing inspiration from “the Scottish wilderness.” Meals are made with ingredients from the hotel’s vegetable patch or bought from local suppliers.

Guests can participate in cooking classes, outdoor adventures, and health and wellness retreats. They can also bring their dogs with them to the hotel. 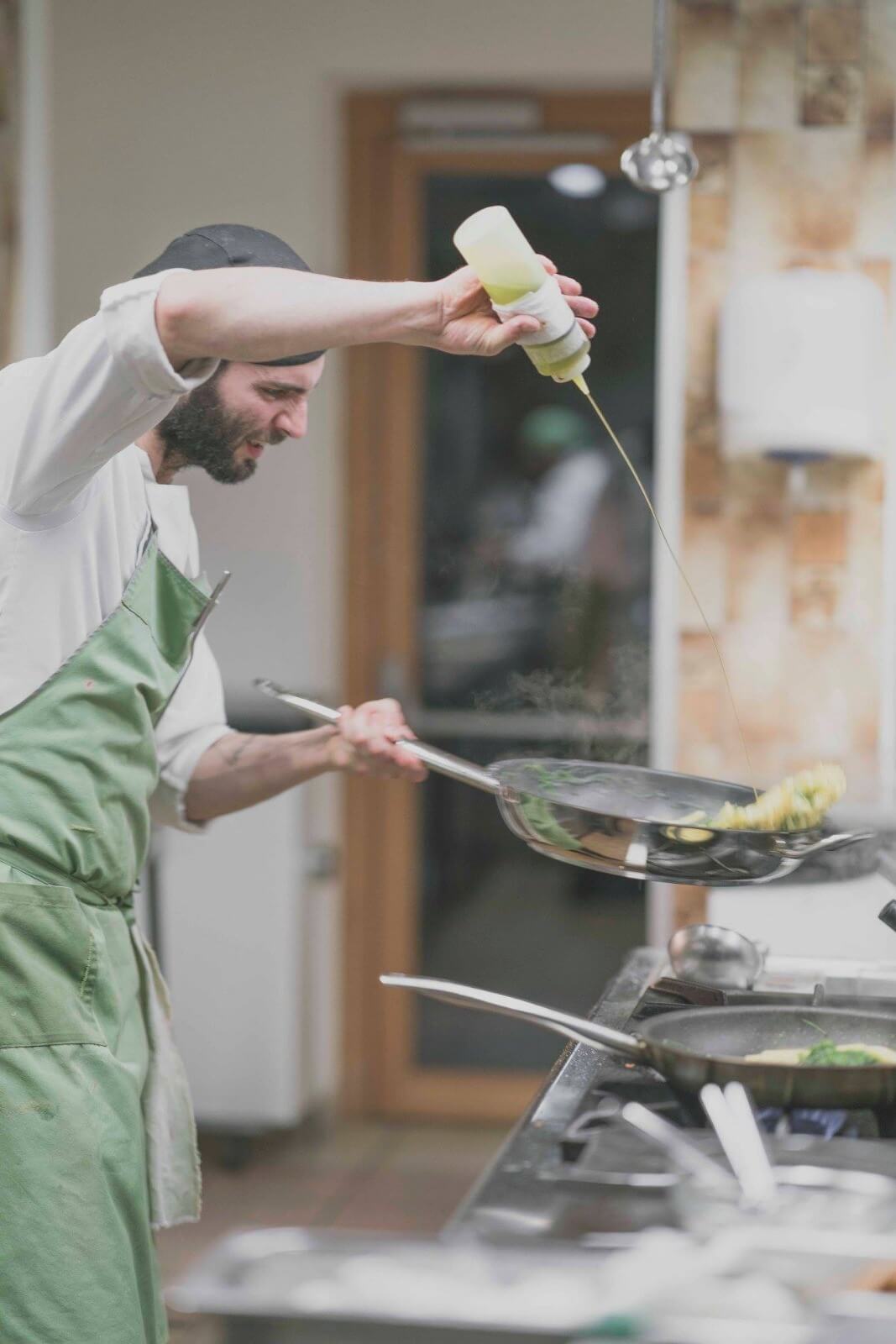 The staff uniforms at Saorsa 1875 are ethically sourced and made with vegan materials. The toiletries and cleaning products are eco-friendly and certified cruelty-free. The hotel gets its power from Ecotricity, the world’s first vegan certified energy company.

More people are learning about the “horrific nature” of animal agriculture, McLaren-Stewart said, both in terms of environmental impact and treatment of animals.

He hopes the hotel will help to “dispel the myth that veganism is somehow restrictive or based around abstinence” and instead show people that veganism is a “vibrant, exciting way of living that doesn’t require sacrifices.”