Updated August 20, 2019. It’s National Bacon Lovers Day. Society is so engrossed with bacon, that it could be considered it’s own food group. Bacon tho, right?

Bacon traditionally is made from pork, but it doesn’t have to be. There are actually a lot of ways to make it meat-free, from meaty seitan to mushrooms and even eggplant. These recipes are as close as you’re going to get to the real deal. Time to get your bacon-y brunch sizzling and frying. 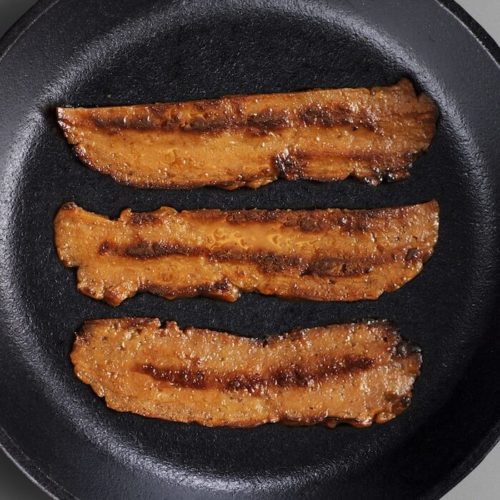 Seitan is a plant-based meat made from wheat protein, which can be customized with smoky, bacon-y flavor. Its creator sums it up best: “This seitan is so savory and delicious, it will satisfy any cravings for smoky, meaty, baconish flavor.” 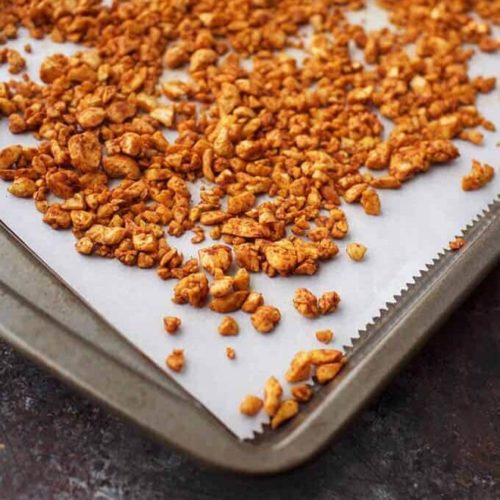 Up your salad (or baked potato) game with these crunchy vegan bacon bits. Cashews are crumbled and mixed with a sweet, savory, and salty blend of liquid smoke, liquid aminos, paprika, and maple syrup. 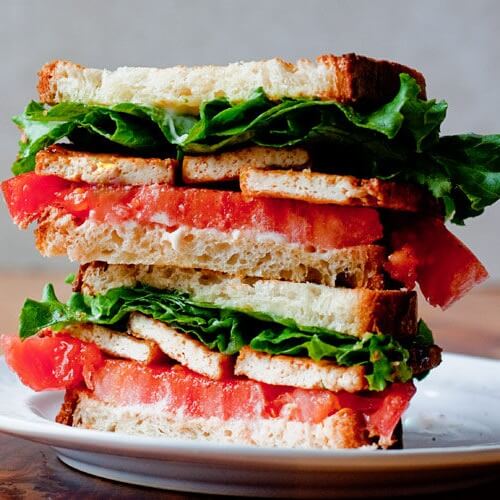 This recipe uses thinly-sliced tofu as the base, and is so close to the taste and flavor of pork bacon. Smoky and perfectly crispy, your vegan BLT sandwich game is going to the next level, even meat-eaters could be fooled. 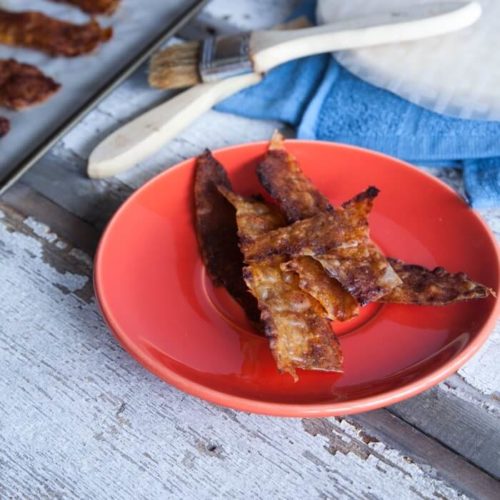 Rice paper bacon is smoky and crispy. | The Edgy Veg

Until now rice paper has been used as a gluten-free wrap. But, have you tried frying this ingredient in sweet, bacon-esque smoke and spices? It’s addictive and difficult to tell it isn’t real bacon. 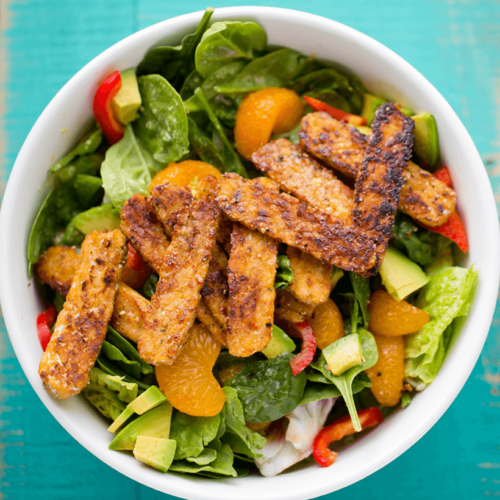 Sweet, smoky, and spicy too, everyone will be loving this tempeh bacon! Whether you add it to brunch, salad bowls, wraps or simply snack on pieces of this vegan bacon, it’s loaded with protein and boasts a high nutritional value, unlike processed meat. 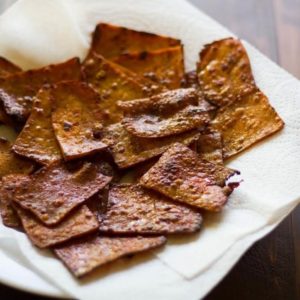 This tofu bacon couldn’t be easier to make. | Pass the Plants

This easy bacon has zero cholesterol and is satisfying and crispy, with a smoky flavor. Served in sandwiches, salads, on pancakes, hash browns or French toast, this tofu-based, believable ‘bacon’ is a hit with crowds. 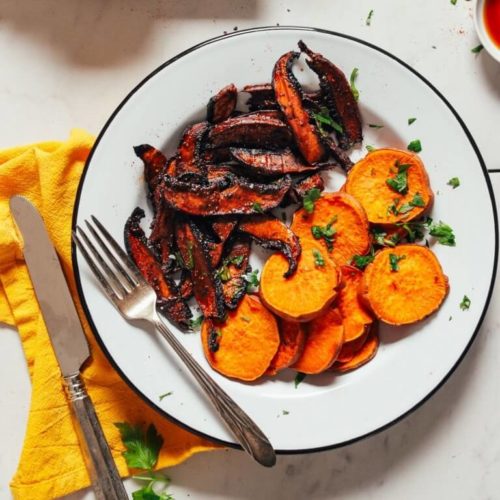 This vegan mushroom bacon is crispy perfection, ready for serving with tofu scramble, with pancakes, in a meat-free BLT and more. 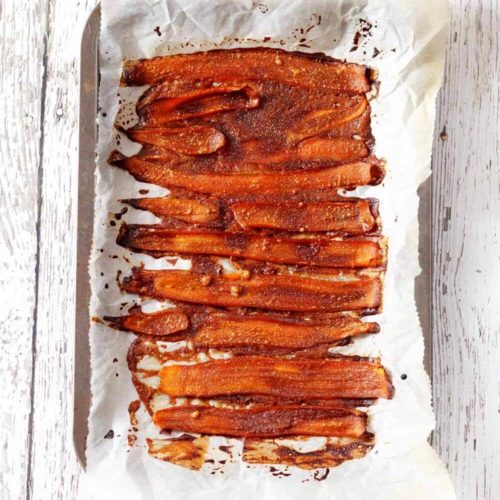 This recipe for baked vegan carrot bacon will hit the sweet spot. Using carrots as the base for this recipe gives this bacon an edge, and natural color that is similar to pork. It’s salty, sweet, and oh-so-satisfying. 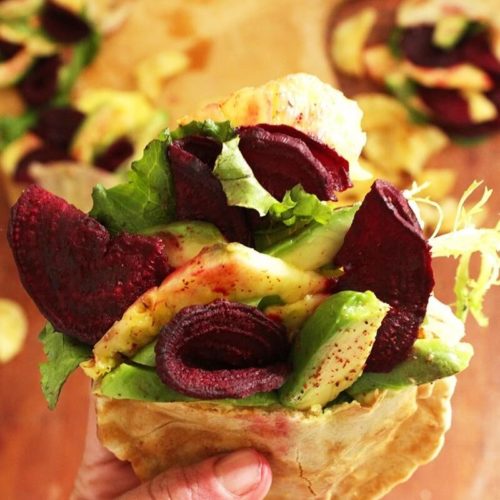 All of the bacon flavor, none of the saturated fat. This fat-free vegan bacon recipe is smoky and salty with a wonderful jerky-like texture. 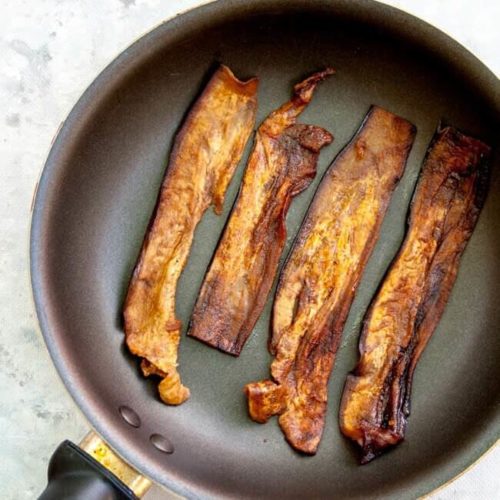 These bacon eggplant is perfect for adding to salad, BLT, or lasagna. Each slice is different and the texture varies from brown and crispy in some, to tender and chewy in others. 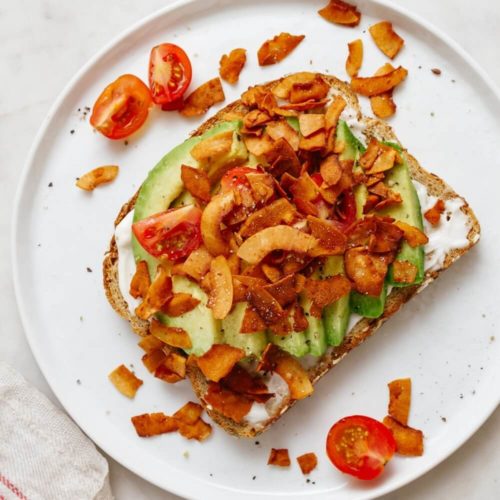 It’s pretty amazing how coconut flakes can be used to re-create the taste and flavor of bacon. This recipe is simple and quick to make, but can be demolished in minutes, as there is an abundance of ways that these tidbits can be added to meals, baking, and snacked on.