Powerlifter Hulda B. Waage is an Icelandic powerhouse. She currently holds four national records in her sport, and in 2019, she was the national champion in powerlifting and bench press. Proving that successful athletes don’t need meat for protein, she’s also a passionate vegan.

Now aged 34, Waage—aka “The Vegan Viking”—first gave plant-based cooking a try when she was just a teenager.

“I didn’t quite manage [to go vegan] but I was vegetarian for around four years,” she told LIVEKINDLY. Her appetite for animals never really came back after that, although she experimented with different diets before landing on veganism permanently. 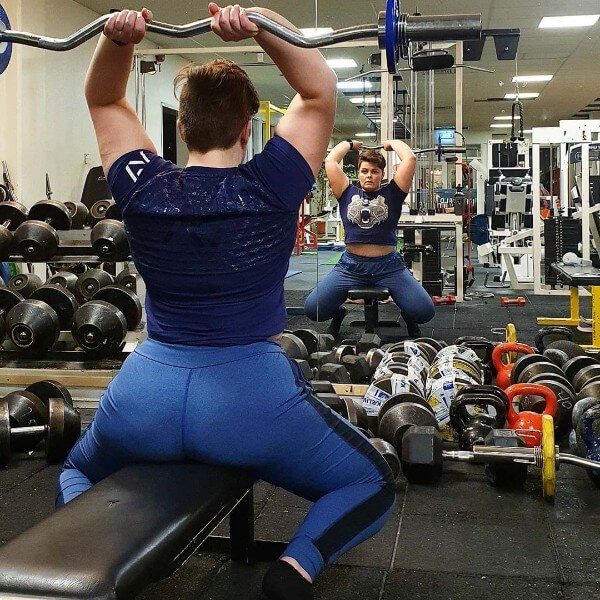 The Power of a Vegan Documentary

Like many who make the leap into veganism, Waage was motivated by a documentary. “I haven’t eaten big land animals or mammals since I was a teenager,” she explained. “Six years ago I made the decision to go vegan 100 percent after watching ‘Earthlings.'”

Released in 2005 and narrated by Joaquin Phoenix, feature-length “Earthlings” exposed the realities behind the pet industry, the meat industry, and animal testing for scientific research.

The world has changed a lot since the film’s release. For starters, a number of new vegan documentaries have been made. Health-focused “What the Health” was released in 2017, environment-based “Cowspiracy” debuted three years prior in 2014, and Netflix’s recent addition “The Game Changers” was originally released in 2018.

The latter follows James Wilks—a retired English mixed martial artist–on his quest to debunk the myth that meat is necessary for protein. Along the way, he interviews several successful athletes, including six-time Formula One champion Lewis Hamilton, strongman Patrik Baboumian, and surfer Tia Blanco. Like Waage, they all follow an animal-free lifestyle.

The powerlifter has watched the documentary more than once. She says she’s a fan of how it “opens up [the] eyes of males to the fact that men don’t have to eat meat to be ‘real men.'”

Her only criticism is the lack of female representation. “I liked seeing the athletes, although I wish there had been more females. No movie or documentary is perfect, but they all have a purpose, and I think ‘The Game Changers’ fulfilled its purpose.” 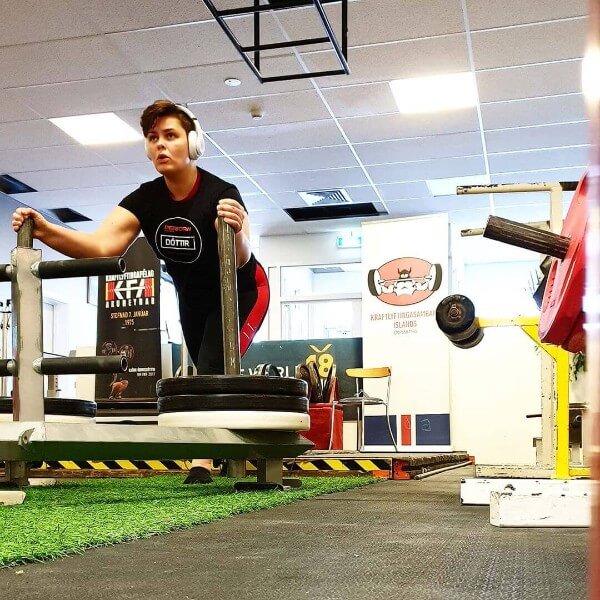 Waage says her recovery time has improved since going vegan.

Many athletes who eat plant-based say the same thing; their new diet improves their performance, they have more energy, and their recovery time is quicker. Waage is no exception.

“Six years ago the product availability meant I had to eat plant-based and go great measures to find special vegan products,” Waage recalled. “So I ate very very healthily. I felt a change in energy and my recovery was extremely quick”

Nowadays, new vegan options are around every corner. Even fast-food chains like KFC and Burger King offer vegan food. While her diet isn’t quite as whole food-focused as it used to be, the athlete still believes her lifestyle contributes to her success. “My recovery is better,” she says. “[I have] very little aches and pains.”

Hamilton agrees. Earlier this month he told GQ, “ultimately you want to feel great. You want to have energy, to be consistent, you don’t want to have the big oscillations and highs and lows in your energy levels. Veganism has eradicated that.”

Proving There’s No Lack of Protein

As for the haters and the protein-questioners? Waage just hits them with the facts. She lets them know “it is the position of the Academy of Nutrition and Dietetics that appropriate planned vegan diets are healthful, nutritionally adequate, and may provide health benefits for the prevention and treatment of certain diseases.”

“As an elite athlete eating around 180 grams of plant protein each day, you can’t say as a vegan you can’t get enough,” she notes. She plans to keep proving her point. This year she intends to “train hard and play hard.” She’ll be competing at four championships as well as two national competitions.

Health is a big part of a plant-based lifestyle for many. But for Waage, being vegan is also about living in a way that’s kinder to the environment and to the animals.

She believes that, despite doubt in the past, athletes are becoming more open to this side of the lifestyle. Hamilton, for example, has spoken out about animal rights on a number of occasions. Recently, he also asked his Instagram followers to stop eating meat for the planet.

“I see more and more athletes giving it at least a try,” says Waage. “Or minimizing animal products in their diet. I think that the biggest change in that area (athletes going vegan) is that it’s more of an ethical choice than just for health or performance.”

The shift isn’t just happening in the sporting world. Nearly 25 percent of Americans are eating less meat, for both health and environmental reasons. In Europe, meat consumption dropped by 20 percent in the space of three months in 2019.

“I think as we all evolve and open our eyes to what is happening around us, the attitudes change,” she notes. “Not everyone can see it [or] feel what we do but they will.”