Healthy vegan chocolate Nutella-style spread is here and to answer all your foodie prayers.

The product was launched by food brand Bubble, which aims to provide a “health food paradise where the stale conventions of the old food system are not allowed and transparency is the holy grail,” according to its website.

As well as being plant-based (made of just hazelnut, coconut sugar, and cacao), Hella is gluten-free and organic. Ingredients are sourced from sustainable farms in Italy, Indonesia, and Peru respectively. Because Bubble ships the spread from its own facilities, no shelf life-lengthening preservatives are added to the recipe.

“It’s finally here, the biggest drop of the new year! Bubble’s first ever in-house product has arrived in all its HELLA gooey and chocolatey glory,” Bubble wrote online. “Free from the artificial preservatives of your off-the-shelf hazelnut spread. We’ve sourced ONLY 3 ingredients and milled them together to create a pure, thick, plant-based butter for your guilt-free pleasure.”

The product has proved popular so far. According to PopSugar, Hella sold out in just one week after its release. 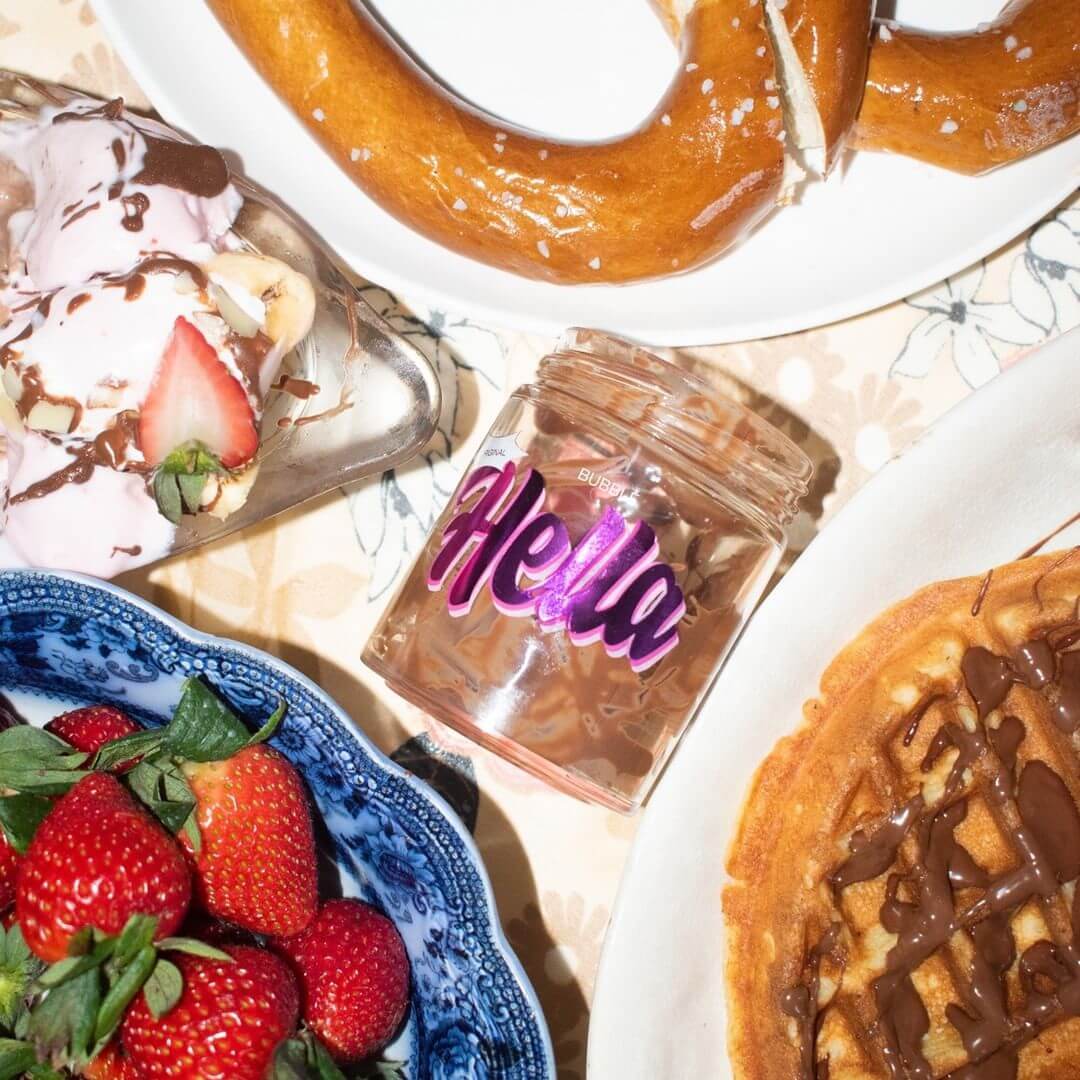 The vegan chocolate spread is made with three ingredients | image/Bubble

The demand for plant-based Nutella is on the rise and companies are working hard to keep up. In August, vegan food brand Vego, popular for its creamy dairy-free hazelnut chocolate bars, announced it was launching a spreadable version of its well-loved treat. The dip is made with whole hazelnuts, hazelnut paste, and hazelnut cocoa cream.

When UK supermarket chain Co-op began selling its own vegan version of Nutella, it took snacking to a new level by packaging the chocolate dip in a squeeze bottle. The nondairy chocolate spread, which is made by Nature’s Store, is free from palm oil – an ingredient widely criticized for its harmful impact on the environment – unlike the Nutella brand.

German company Vantastic Foods created vegan white chocolate Nutella-inspired spread. The creamy, “indulgent and carefully handcrafted” dip is made with almonds and “makes toasts a treat for the palate and the crêpes an unforgettable dessert,” the company said.