Footwear brand elliott has launched what it deems to be the first ever climate-friendly sneaker.

According to elliott, one pair of its sneakers saves 1 metric tonne of carbon dioxide (CO2) emissions — the equivalent to 1,429 laundry washes.

“We are incredibly pleased to provide all the consumers out there who care deeply for the environment and fashion a new choice of footwear,” elliott founder and leader designer Mikkel Bang said in a press release. “In the past year we have researched and gone through numerous iterations of our collection. Now we are finally ready with a product born from a fundamental passion for climate and design.” 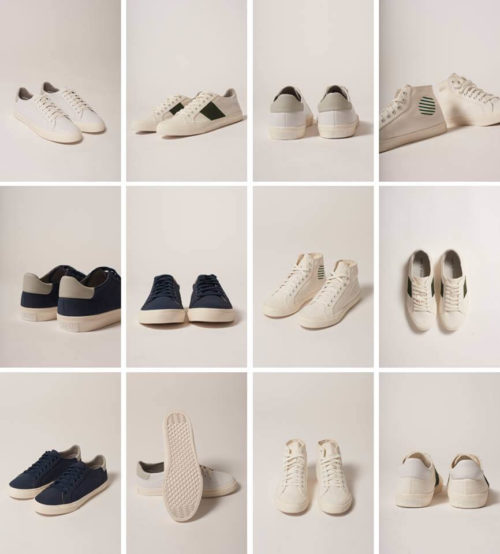 Elliott’s vegan shoes are made from sustainable materials | image: elliott/Facebook

While vegan shoes have been made from materials like PU leather for years, it’s only recently that they’ve become more mainstream. Vegan footwear is a big market, representing 73 percent of fashion purchases according to a recent report by retail tech and data company Edited.

Reebok, another mainstay of the athletic footwear world, launched a sustainable sneaker made from corn and cotton last August. The shoe originally came with leather tags that were recently removed, making the latest version completely vegan.

You can pre-order elliott’s vegan shoes through IndieGoGo.