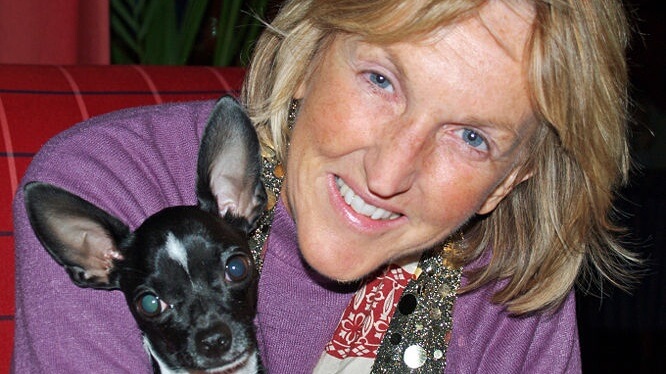 At 69 years old, PETA founder and president Ingrid Newkirk is fit, healthy, and blazing full steam ahead in her battle for animal rights, and she has no plans to slow down just yet.

It all started in 1979 for the activist, after a friend pointed out the hypocrisy in avoiding veal but happily pouring milk into her tea. “I realized then that there was a little bit of veal calf in every drop of milk and every bite of cheese. And that was that,” she told LIVEKINDLY. But going vegan back in the ’70s took willpower, she recalls, explaining that she even had to hand mix her own soymilk from powder (“It was pretty awful stuff”).

Since then, Newkirk has continued to fight hard for the animals, through her diet, her lifestyle, and her job – steering the helm of the US branch of the world’s largest animal rights organization, PETA (People for the Ethical Treatment of Animals). The organization has activists across the globe, with headquarters in the UK, across Europe, India, Australia, Latin America, and Asia.

From science to rescue, and marketing to youth, Newkirk keeps a close watch on her organization, ensuring that each department thrives, and does not collide with each other. Ultimately, the animal rights giant aims to “energetically and unapologetically” push the idea that “animals are not ours to experiment on, eat, wear, use for entertainment, or abuse in any other way.”

? She doesn’t want to die for your dinner. Do it for the animals—GO VEGAN! Tap the link in our profile for our FREE Vegan Starter Kit: http://peta.vg/2cz0 ❤️ Art by @spoiledsocks. #Animals #AnimalRights #Chicken #Chickens #Vegan #GoVegan #Veg #GoVeg #VeganLife #VegLife #Veganism #Art #Activism #PETA

PETA’s work is deemed controversial by some, often sharing hard-hitting footage and images of animals in factory farms and other abusive environments as part of its campaigns. The organization just released a new exposé of the sheep industry, showing the animals being stomped on and smacked in the face.

Releasing footage of this nature is unpleasant for all involved – not least the activists – but it’s a necessary evil, maintains Newkirk, as the wins for the company keep pouring in.

“It is exhilarating to win something, and we do all the time, from switching animal tests for non-animal ones, to stopping a company from selling mohair or leather, to closing down a roadside zoo or getting a school to stop dissection,” she notes. “But it’s more important to keep moving forward, knocking all the cruelties out like dominoes, as there are so many of them.”

It is this kind of activism, notes Newkirk, that is essential for driving the animal rights movement and veganism forwards. In her view, simply following a plant-based diet is not enough. “We have so many opportunities that we must seize, to undo some of the harm we did unknowingly and that we may still do, and to open other people’s eyes, hearts, and minds. Let them know,” she says.

From speaking to dog walkers on the street about using a harness instead of a choke collar, to leaving vegan starter leaflets in the back of taxis, there is always something extra that can be done, believes Newkirk, who sees every conversation or meeting as an opportunity to spread the word about animal rights.

“I will always be indebted to every single person who helped me see what I can do,” she recalls. “I wrote two books, Making Kind Choices and One Can Make a Difference, that each sets out to explain how almost every single thing you do during the day gives you an opportunity to do something kind or something cruel.”

As consumers, animals need us, says Newkirk, and we have a responsibility to use our voice to help them. “Whoever you are, whatever you do, however much time you can share, you are a consumer who leads the market,” she notes. “There is so much that must be changed, and it takes you, and you, and you.”