The Waorani People of Pastaza — an indigenous tribe from the Ecuadorian Amazon — has lived in the rainforest for generations. After their traditions, home, and way of life came under threat from the oil industry, the Waorani people fought not with arrows or spears like their ancestors may have, but through the courts. And they won.

The Ecuadorian Government intended to auction off the Waorani people’s land to major oil companies, but a legal challenge stopped it in its tracks. Half a million acres of Amazon rainforest — home to unparalleled biodiversity — is now protected from oil drilling.

The Waorani people claimed the government did not consult them about the use of their land for oil auction. The Ministry of Energy and Non-Renewable Sources maintain they did visit the tribe to seek consent, but Mitch Anderson — the founder of NGO Amazon Frontlines — explained to the New Yorker that visits were not taken seriously by government officials.

No effort was made to learn or speak the local language, he said, and the visits were short. “The consultations were treated as a box that needed to be checked off,” states the New Yorker.

In April, the court agreed that informed consent had not been given by the Waorani people.

Waorani leader Nemonte Nenquimo told the New Yorker via WhatsApp message, “the court recognized that the government violated our right to live free, and make our own decisions about our territory and self-determination.”

“Our territory is our decision, and now, since we are owners, we are not going to let oil enter and destroy our natural surroundings and kill our culture,” she added. 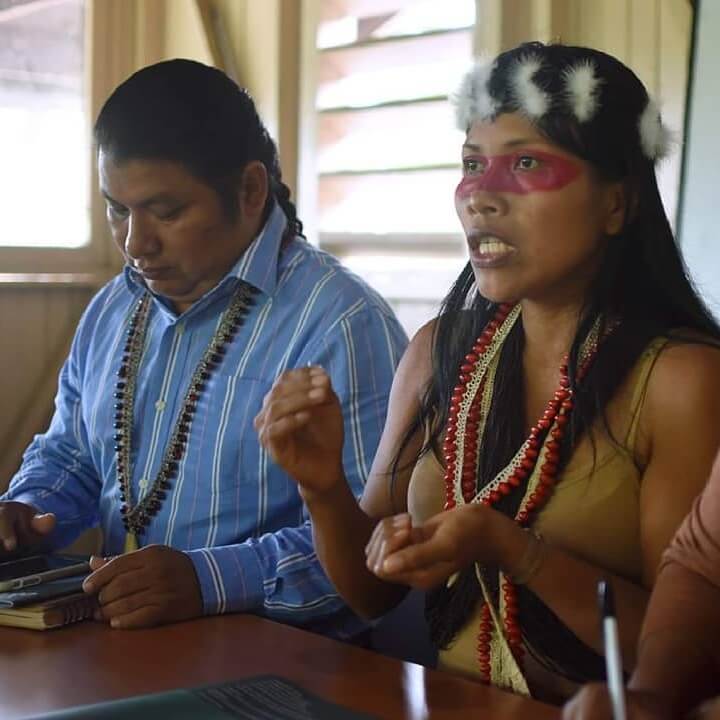 The Battle to Protect the Amazon Continues

Ecuador’s Ministry of Energy and Non-Renewable Resources intends to appeal the court’s decision.

A petition has been set up on behalf of the Waorani tribe calling for people to stand with them, the courts, and the Amazon rainforest. It asks the Ecuadorian Government to respect the outcome of the case and to leave indigenous Amazonian tribes in peace.

The letter underneath it — written in May 2018 ahead of the 2019 court case — reads, “drilling for oil fuels modern life in the cities, but drilling within our territory threatens everything that matters for our people.”

It continues, “our forest homeland is not an oil block, it is our life. These are our words, our palm-wood spears crossed on the jungle trail, our message to the oil companies: Our land is not for sale.”