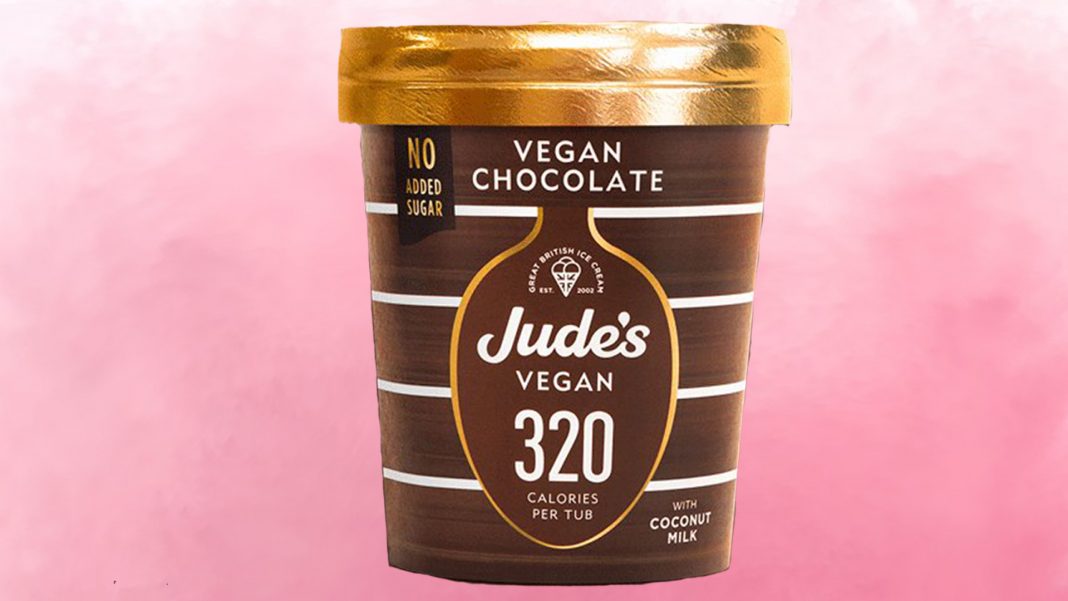 Made by Jude’s — a dessert brand that typically produces dairy-based ice cream — the vegan product is made with creamy coconut milk and is described as “smooth, rich, and delicious.”

“We are really excited to be leading the way by offering a vegan ice cream range into foodservice. Our development team has been working hard to create the best tasting flavours on the market and will be expanding the range over the course of the year,” Chow Mezger, MD, said in a statement.

Jude’s was formed “naturally,” according to the ice cream brand’s website, beginning with a father, his two sons, and their best friend coming together over a passion for ice cream.

“[F]amily is at the heart of our business,” Jude’s notes online. Ten percent of the brand’s profits go toward charities that support young people. This year, Jude’s has partnered with Home for Good, an organization that helps find homes for children in the United Kingdom.

Jude’s is not the only dairy-based business tapping into the booming vegan ice cream market, which is set to be worth $1 billion by 2024.

Leading ice cream brand Magnum launched its own dairy-free product throughout Europe, the UK, Australia, and soon, New Zealand and the U.S. Magnum Vegan Classic and Magnum Vegan Almond are available, made with vanilla pea protein-based ice cream and coated in vegan chocolate.

Like Jude’s, Halo Top makes low-calorie, “guilt-free” ice cream. In January, the brand launched three dairy-free flavors – one of them is said to taste like Nutella.