Russell Brand says he was “nagged into veganism by society.” The comedian hasn’t eaten meat since he was 14 but gave up eating eggs and dairy after watching the 2017 documentary “What The Health.”

In a video posted on Instagram, Brand explains that The Smiths influenced his decision to go vegetarian in his teens. In 1985, the English rock band released “Meat Is Murder.” The album went to number one and the track by the same name influenced some fans to ditch meat completely.

“I was vegetarian from when I was a little kid. [From 14-years-old,] because of The Smiths,” says Brand. “And because of like, ‘oh, what? they do what in factory farms’ Y’know like, it was too brutal.” He made the comments in a Q+A session during a show for his “Recovery Live” tour.

He’s since turned vegan. A decision which he says society “nagged him into.”

He also referenced “Carnage,” a 2017 mockumentary written and directed by comedian Simon Amstell, Brand says: “it talks about how in 50 years, people will look back and go ‘[expletive] they ate animals.'”

Carnage imagines a world in 2067 when the population of the UK is vegan, but older people are feeling guilty about their previous meat-eating ways. 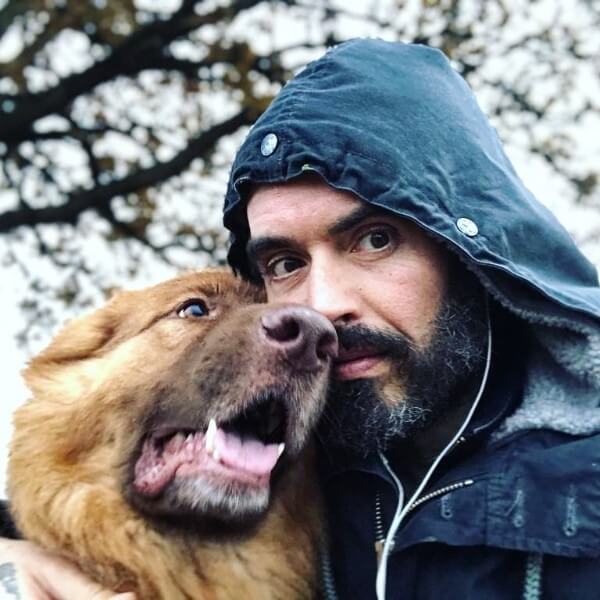 ‘We’re Not Meant to Eat Any of That’

While “Carnage” had an impact on him, Brand says one of the main reasons he ditched eggs and dairy was “What The Health.” Directed by Kip Anderson and Keegan Kuhn, the film looks at the food system and critiques the impact that animal products have on human health.

“[What The Health shows] how the diabetes, heart, and cancer foundation of America were funded by sort of meat and dairy and egg industries,” says Brand. “And, like, they give the advice on what foods are healthy … we’re not meant to eat any of that.”

He continued: “so, the reason to become vegan, it was sort of anger actually, thinking about it now.”

It’s not the first time Brand has spoken about “What The Health.” Anderson was a guest on his podcast “Under The Skin” last year. He told the director, “when people are awakened, they don’t want to have the blood of people or animals on their hands.“