Jamón serrano is a staple of Spanish cuisine; the dry-cured ham is available in virtually every eatery across the country. Until now, there hasn’t been a widely available vegan version of the popular meat. But this year, two animal rights activists, Hugo Del Toro and Florin Alex Oprea, got to work on a meatless alternative.

Del Toro and Oprea launched plant-based meat brand Rollito Vegano in lockdown, and their first product is a vegan Serrano ham, called Sinjamón. All of the packaging for the new product is biodegradable.

Customers have responded well to the 100 percent pork-free product so far. Rollito Vegano sold out of its first batch of Sinjamón in just one day, and the company currently has a waiting list of hundreds. Some stores haven’t received their orders, as the company struggles to keep up with the level of demand. 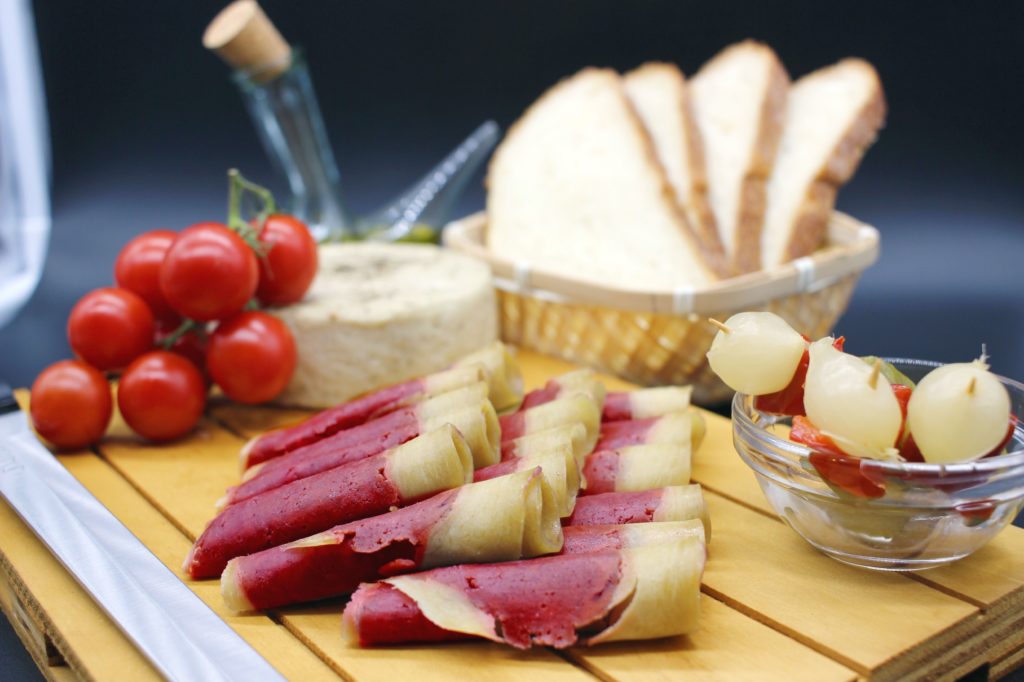 ‘Companies are thanking us’

The surge of demand has helped out struggling businesses, the co-founders told Vegconomist Español.

“Companies are thanking us for helping them save them the month due to Sinjamón’s turnover,” they explained. “It’s been an incentive for the customer to go to the shop and take other products with them.”

Motivated by a joint passion for animal liberation, the two co-founders and friends developed the new vegan meat in a bid to offer consumers a more ethical version of one of the nation’s favorite foods.

“It’s a very typical dish that is eaten in every home,” Del Toro explained to LIVEKINDLY via email. “But this option did not exist in a vegan way. So we said, ‘no more excuses,’ and we have now launched the product to the world.”

At the moment, Sinjamón is only available across Spain. (You can find a list of some of the retailers stocking the new porkless cured ham here.) But in a few months, the brand intends to launch the product globally.

Rolitto Vegano is also hoping to launch other vegan meats, that are “equally or even more interesting than Sinjamón,” Del Toro revealed.

Vegan meat products are growing in popularity across Spain, and a change in consumer attitudes is the reason. A survey conducted earlier this year revealed that over 40 percent of consumers living in 11 European countries, including Spain, have cut down on their meat intake for environmental reasons.

Traditional meat production has a significant impact on the environment. According to the United Nations, 14.5 percent of global greenhouse gas emissions can be attributed to the livestock industry.

In response to a change in demand for more sustainable products, in July, Noel Alimentaria, one of Spain’s leading meat companies, announced it was launching vegan veal and chicken.

And in February, it was reported that the government-backed NEOTEC technology fund was investing €250,000 in Barcelona food tech company Foods For Tomorrow. The company created the vegan meat brand Heura, which launched its signature plant-based chicken in the UK in October.