LIVEKINDLY
Home Business This NYC Entrepreneur Is Teaching People ‘How to Be Vegan in the... 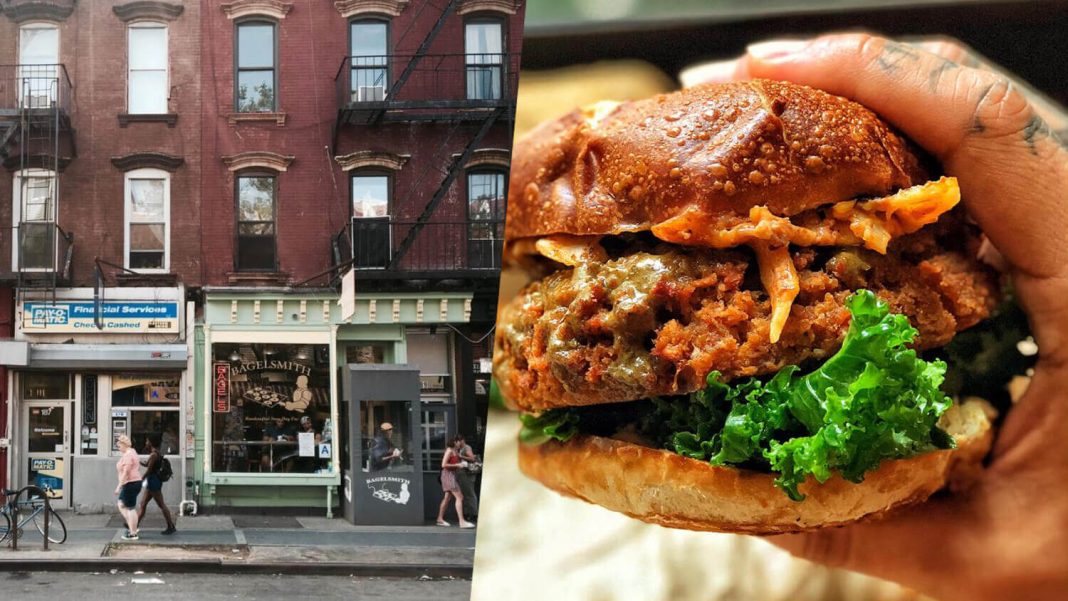 Entrepreneur, restaurateur, and Queens native Erick Castro, best known by his Instagram moniker “How to Be Vegan in the Hood” is on a mission to teach others how easy it is to eat plant-based, even on a budget.

Castro’s popular account currently boasts more than 21,000 followers. Sharing images of plant-based food from local eateries and recipes for cheap, but simple flavorful meals, the 28-year-old wants to prove that “anyone can eat plant-based,” regardless of race or income.

As a person of color, Castro says he has experienced ostracization from the vegan movement. “I was never really welcomed into the vegan community. They show love, but at a distance,” he told NPR.

Public perception tends to forget that veganism has a long history within Black culture; Latinos are increasingly adopting plant-based diets; and Brooklyn even hosted its first Black Vegfest this summer. Many other entrepreneurs across the country are beginning to enter the spotlight after years of working within the movement.

Jackfruit is MAGIC! ✨ • Out of all the imitation meats in the world Jackfruit will always be my favorite, simply because it’s a fruit! It can easily be made into so many different types of dishes & it’s so fun to cook with✨ • We pan fried some Pesto Potatoes with a Pesto we make at our house, sautéed the Jackfruit with Garlic, Black Pepper, Oregano, Paprika & Cajun seasoning. While those cooked I diced some Tomatoes, Cucumber & Orange Pepper to top the Jackfruit for a fresh taste. Garnished the bowl with Spinach & it was time to dig in! If you haven’t had Jackfruit you’re missing out, the texture is perfect & when seasoned right IT’S AMAZING! ✨ • #vegan #veganism #vegansofig #vegans #veganshare #veganlife #veganlove #instafood #veganfortheanimals #veganrecipes #vegangains #crueltyfree #eeeeeats #nyc #savetheanimals #friendsnotfood #veganaf #vegansofinstagram #veganlifestyle #newyorkcity #foodporn #brooklyn #nycvegan #veganmeal #veganfood #vegandish #veggies #vegetable #foodiegram

Castro, who is Puerto Rican, notes that many prominent vegan-friendly restaurants in NYC cater to an almost exclusively white, more affluent clientele. In turn, fewer people of color are found in the area’s vegan eateries, bolstering the misconception that veganism is a “white thing.”

Raised in Queens, where “we were just grateful to eat food,” the entrepreneur understands that nutrition can be a low priority for economically-struggling families. His account challenges this, showing that “you can always afford [being vegan], you just weren’t taught how.”

Castro also believed that his family’s cultural heritage prevented him from looking into veganism: “I’m Puerto Rican; we eat pork, we eat meat.” He decided to try veganism after learning that American rapper Waka Flocka Flame, whose ancestry includes Native American, European, and Dominican, was, at the time, vegan.

After dabbling in pescatarianism, he also questioned, “Why am I letting animals live on the land but eating all the animals in the sea?”

Transitioning to a fully plant-based diet, Castro was mocked by his friends, and started his Instagram account to prove he could “eat everything you’re eating without having to kill an animal.”

He also became the Director of Social Media Marketing & Brand Communications at Rip’s Malt Shop, a vegan luncheonette in Brooklyn, sharing the eatery’s message that “there is a better way to eat food that’s good for you and for the planet.”

Crystal Pang, another Queens-based Instagrammer behind “Vegan Eats NYC,” supports Castro’s mission. “Accessibility is a huge thing in the vegan community that people often kind of mock. They say ‘Oh, you can only be vegan if you’re rich and white…’ That’s not true,” she says.

She adds that Castro’s focus is inclusivity is “exactly what… veganism should move more towards.”