Forest Green Rovers went vegan after environmentalist entrepreneur Dale Vince took over the club in 2010. It is the world’s first all-vegan football club.

Its new wooden Eco Park will include a landscaped car park and two grass pitches. “[It’s] the first time that will have been done anywhere in the world,” said Vince in a statement, with reference to the stadium’s main material. He added that the structure will look like the “ribs of a prehistoric animal.”

Wood is one of the most environmentally-friendly building materials. It’s renewable, recyclable, and it can store carbon, helping to reduce the amount of carbon in the atmosphere.

According to the Southern Forest Products Association, it takes “far less” energy and fossil fuel to produce wood as a building material than it does to manufacture concrete or steel.

While the stadium will have a car park, Forest Green Rovers will encourage spectators to travel to games via public transport. It has promised to subsidize buses from local areas, and run a trial bus from a nearby train station. 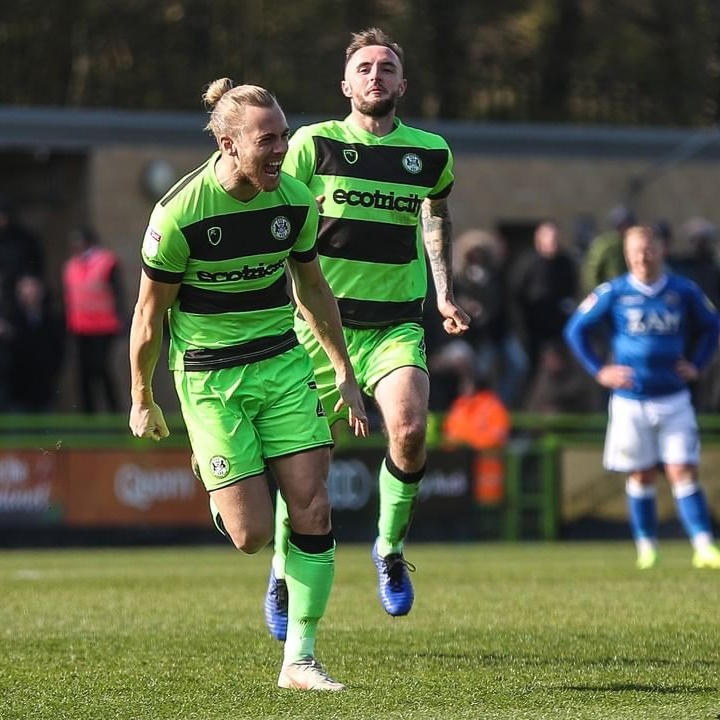 Forest Green Rovers Is ‘a New Kind of Football Club’

Vince said in a statement at the time, “plenty of people doubted we could make this improbable combination of a football club and the environment work, but it’s proven to be a powerful combination.”

“We’ve reached over 3 billion people with our story and our messaging,” he continued. “All around the world, people have become fans of [Forest Green Rovers] because of the stand we take on environmental issues – we now have fan clubs in over 20 different countries.”