Linda Middlesworth has been vegan for almost 30 years, but she didn’t make the switch until she was nearly 45 years old. Now an energetic, aerobic-loving vegan guru at the thriving age of 74, Middlesworth works to help others on their plant-based journey through her company, Vegan Mentor. Her story is unique yet entirely relatable, and she was kind enough to sit down with LIVEKINDLY to discuss her vegan journey, her food philosophy, and how to live a healthy, vibrant, purposeful life.

Middlesworth was confronted with a serious and unexpected prognosis just before her 45th birthday. She and her husband, along with her three children, had moved to Sacramento, and she was in the midst of improving her graphic design career when she was diagnosed with heart disease and thyroid cancer. She also realized that she was 48 pounds overweight.

At a loss as to what to do, her new neighbor recommended Dr. John McDougall’s book, “The 12 Day Program,” promising her that it had the potential to combat her pressing health issues. “I went vegan on the spot,” Middlesworth recalled. She also noted that once her neighbor informed her of the ethical implications of dairy, she “became an animal activist on the spot.” 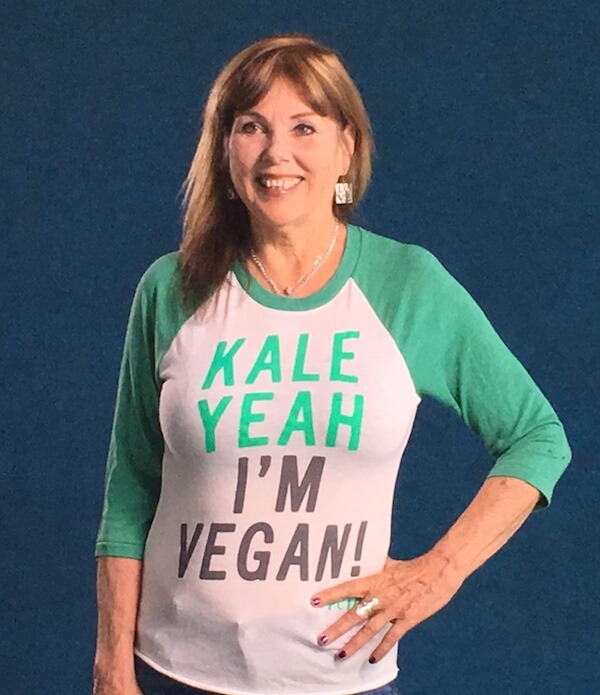 Although Middlesworth followed the whole food, plant-based McDougall diet at home, she admitted that she indulged in “all the oils and processed foods” when she ate out. “I just could not lose all my heart disease or the last 20 lbs! I did not become a ‘completely healthy’ vegan until about 20 years later,” she explained.

Eventually, she came across Chef AJ and the True North Health Center. Following Chef AJ’s advice, she cut out all oils, processed foods, most simple sugars and salt, finally losing the last 20 pounds and a few insecurities as well. “I was no longer a fat aerobic instructor!” she joked.

Inspired by her own transformation, Middlesworth educated herself so she could help others (both humans and animals). She holds several plant-based nutrition certifications and also works with the Physicians Committee for Responsible Medicine as a Cancer Food for Life Instructor. She also launched Vegan Mentor to work with individuals struggling with their weight and other health-related issues to teach them about whole food, plant-based eating.

Of course, Middlesworth isn’t just in it for the health benefits. She feels deeply for the animals and wants to do her part to end factory farming. She told LIVEKINDLY,

“I believe that all humans must be vegan as we are needlessly breeding and killing animals, destroying our own health and devastating the planet by raising animals for food. I read Peter Singer’s book, ‘Animal Liberation,’ and I knew then that I would no longer be a cause of animal suffering for any reason.”

She also cited Phillip Wollen, who she claimed is “one of the most inspiring voices for animals.” Wollen once said, “When it comes to their capacity to suffer, a dog is a pig is a bear is a boy.” This statement deeply resonated with Middlesworth, which justifies her endless stamina to promote the vegan diet. 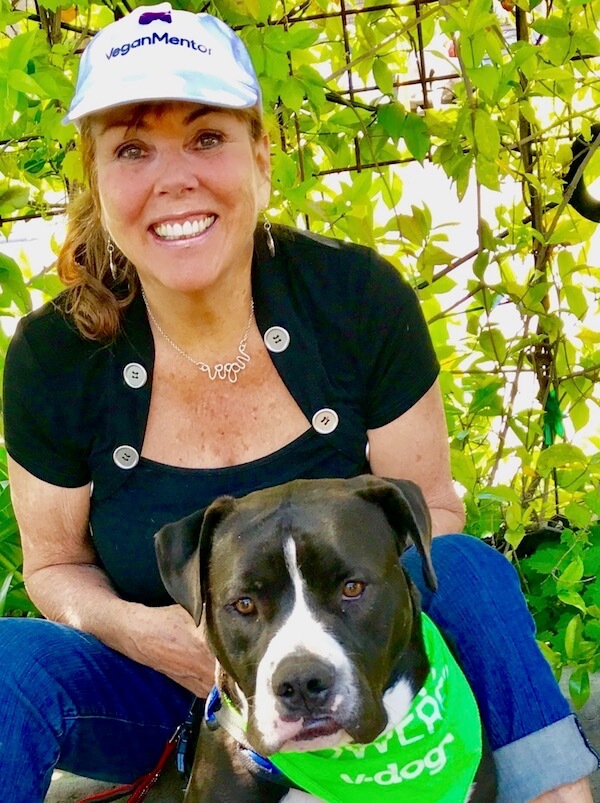 However, in current times, health-promoting vegans are faced with a moral juxtaposition. They celebrate the mainstream acceptance of veganism and applaud its accessibility, but many of these new plant-based products fall into the “junk food” category. Can we promote veganism while also circumventing these processed “transition food” products?

Middlesworth commented, “Most people, like me, go vegan with processed vegan foods. Which I do understand. I think any way people can use vegan junk food to get off the sick Standard America Diet is a good way to transition.  Sometimes, I catch people early in their transition and I put them on the oil-free, unprocessed whole food plant-based diet and those people are able to reach their goals faster. But people need to do whatever it takes to  be vegan so we can stop this animal holocaust.”

When asked what her favorite foods were, she excitedly replied, “Potatoes! In any form. I eat mostly Yukon gold or sweet potatoes and the air fryer is a wonderful way to have my healthy French fries!” She also reserves Conscious Creamery Ice Cream and Chef AJ’s chocolate cheesecake for special occasion treats. Her diet is obviously working for her, as she was named PETA’s Sexiest Vegan Over 50 in 2015.

Beyond her busy coaching and speaking schedule, Middlesworth devotes her time to animal rights causes, such as the Sacramento Animal Save and Get Healthy Sacramento. She and her late husband also founded V-Dog, the booming plant-based dog food company, which her son, Darren, now runs.

“We just want to help more dogs and save more animals,” she said.

For more information on Middlesworth’s coaching services, or to learn more about her upcoming speaking engagements, visit VeganMentor.com.