Made in Chelsea star, Tiffany Watson has been gracing UK screens for the past three weeks talking about her new vegan restaurant, taking pictures with piglets, and occasionally mentioning Mimi Bouchard.

Fans were excited to hear that she and sister Lucy Watson, who has also previously appeared on the popular reality show, were soon to be opening a London based restaurant. However, it seems this isn’t the only business Tiff has had in the pipeline.

Yep you guys guessed it! @threesixfiveldn is my very own range of personalised gifts, stationery and planners. I have been working on this for over year and I am SO excited to be able to final reveal my first product with you; The ‘2018 vegan leather diaries’ – with lots more to come in 2018. All @threesixfiveldn products are vegan and recyclable to ensure we not only enjoy the little things, but also look after them. We will be launching with the 2018 planers in just TWO DAYS and I hope you enjoy them as much as I do ? Remeber to always chase your dreams and #MakeEveryDayCount ✨

On 27th October, two vegan leather diaries will go on sale, the product of more than a year’s work on Tiffany’s part.

All threesixfiveldn products will not only be vegan but also fully recyclable ‘to ensure we not only enjoy the little things but also look after them,’ says Tiffany.

Tiffany has given a sneak preview of the new diaries on her new company’s Instagram page, both of which are minimalist in design. One diary is stone coloured with a simple circle design on the front, and the other appears to have a marble effect. 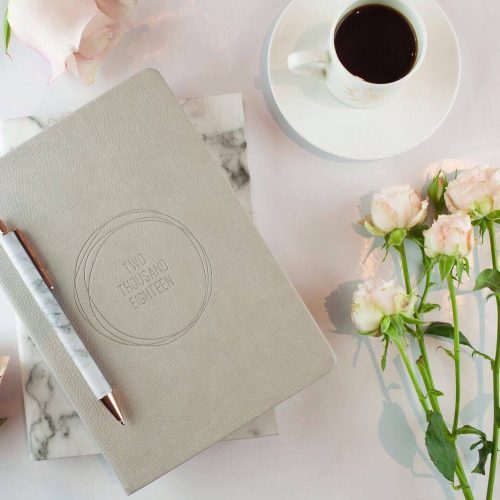 It appears there is no end to Tiffany’s vegan talents, and fans wait with bated breath to see what she will come out with next.