Virginia just passed a law banning tiger cub petting encounters. Coverage from Netflix’s documentary series “Tiger King” may have played a part in the ban being signed into law.

The law prohibits the handling of dangerous captive animals, including big cats—such as lions and tigers—bears, and primates.

Violators will be charged with a Class 3 misdemeanor and will be issued a fine of up to $500. The law takes effect on July 1, 2021.

If enacted into law, the bill would make direct contact, such as cub petting, between the public and big cats illegal. 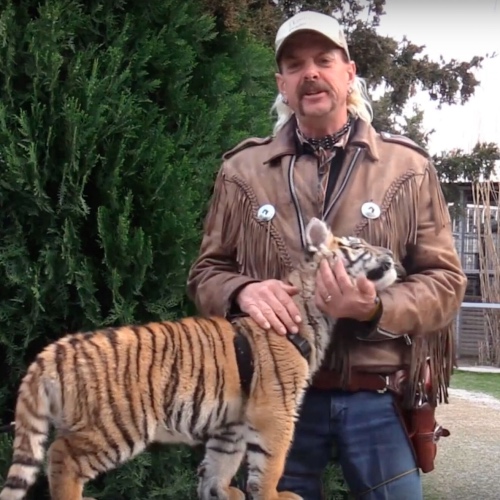 Sanctuaries put animal welfare first and do not typically buy, sell, trade, or breed animals in their care. They also try to keep the animals in an environment similar to what the animals would experience in the wild. Thus, they do not offer hands-on contact with the animals

Due to poor care, unnatural diets, and lack of physical activity, captive “wild” animals have incredibly high rates of cancer and other diseases like heart disease and obesity. They also run the risk of obtaining infectious diseases.

A tiger at the Bronx Zoo recently tested positive for the coronavirus after her keeper infected her. A wild tiger wouldn’t normally come into contact with a human and, thus, wouldn’t be exposed to the virus.

Captive tigers and other animals also suffer zoochosis—stereotypical behavioral changes common in captive animals. These include rocking, pacing, and other repetitive movements. Repetitive behaviors can lead to an increase in cortisol production—the stress hormone.