Tim Hortons has been secretly selling Beyond Burgers in select locations. The fast food chain will soon bring the meat-free burgers to its restaurants across Canada.

Canada’s largest quick service restaurant chain will roll out two burgers — the Beyond Burger and the BBQ Beyond Burger — featuring vegan Beyond Meat patties nationwide, according to an employee. The plant-powered options mark the first time Tim Hortons has offered a burger of any kind.

Tim Hortons hopes the “news-worthy” menu additions will “build on the positive momentum” of its previous meat-free launches, according to information shared by the employee.

Tim Hortons trialed Beyond Meat breakfast sandwiches in Toronto in May. The trial was successful and the fast food chain brought three vegetarian breakfast options — the Beyond Meat Breakfast Sandwich, Beyond Meat Farmers Wrap, and the Beyond Meat Vegan Sandwich — to its restaurants across Canada.

Tim Hortons worked with Beyond Meat for around a year to develop the menu items. Speaking about the breakfast options in May, Tim Hortons’ chief operating officer Mike Hancock said, “I think we’re going to be one of the most affordable products on the market.” 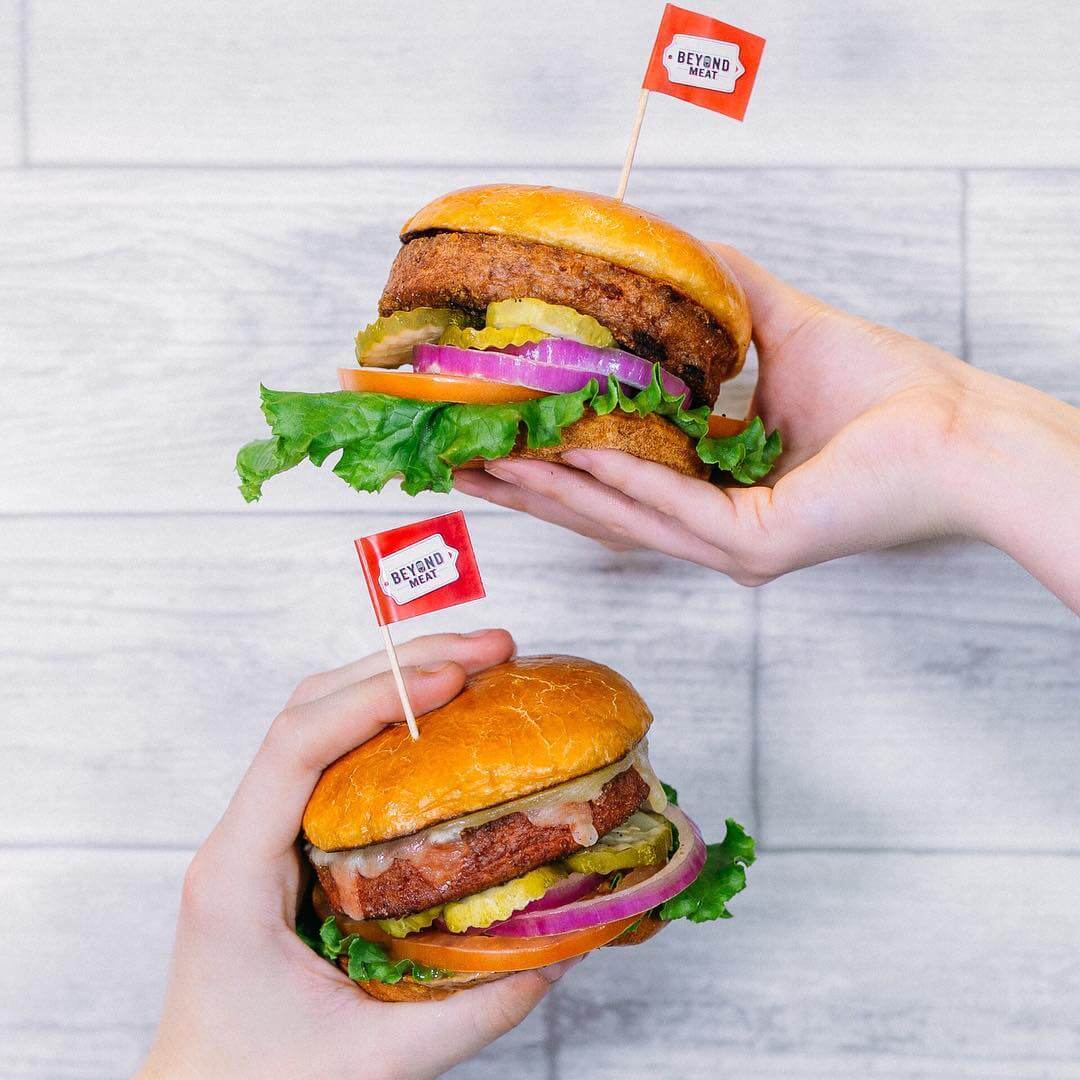 Vegan meat brand Beyond Meat is appearing in restaurants around the country | image: beyondmeat/Instagram

Hancock believes Tim Hortons has more potential than its competitors to bring plant-based food to diners across the country. “We’re going to be able to bring this type of product to more guests than even our competitors are,” Hancock explained.

“We’ve got 4,000 restaurants. We’ve got restaurants in some of the most rural parts of the country. There’s folks who want these kinds of alternative protein … but don’t currently necessarily have access to it,” he added.

He also said in May that the chain has no plans to further the meat-free options beyond its breakfast dishes unless “guests really demand the product.”

Beyond Meat Taking Over Canada

Canadian fast food chains can’t get enough of Beyond Meat’s products. The vegan meat brand wrote on Instagram, “Every month it seems that more and more Canadian restaurants are adding Beyond Meat to their menus. It’s always been our goal to enable more people to eat more, not less, of the traditional dishes they love, while receiving the added health and environmental benefits of plant-based meat.”

The post was accompanied by shoutouts to the food chains that are serving Beyond Meat in Canada. Triple O’s offers a mushroom and avocado Beyond Burger and allows diners to sub a plant-based Beyond Meat patty into any of its signature burgers. White Spot serves vegan meat patties with edamame hummus and fresh avocado. Quesada Burritos & Tacos adds plant-based Beyond Meat to its burritos, bowls, and tacos, and A&W Canada serves Beyond Meat’s breakfast sausages. Mucho Burrito and The WORKS also offer Beyond Meat’s products in Canada.

Tim Hortons will launch the meat-free Beyond Burgers nationwide later this month.