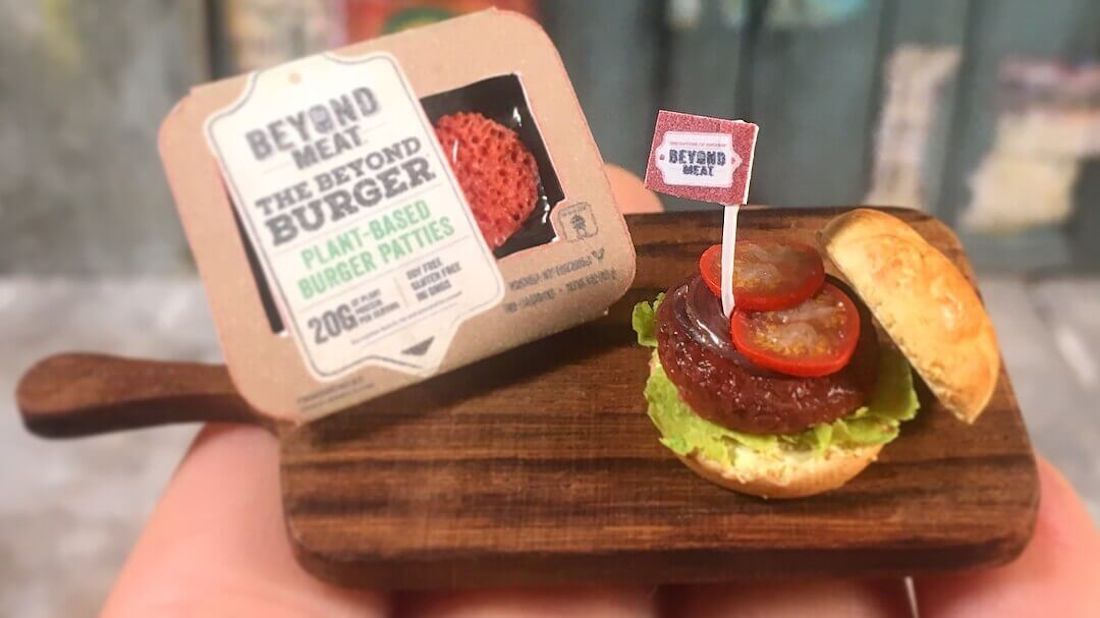 Is the Beyond Burger too big to tackle for tiny mouths? The Tiny Chef Show has found a solution. The children’s program has created a teeny, tiny version of this popular vegan burger, made by the show’s beloved miniature chef.

The chef shamelessly wanted a photo on set in Thailand But between you and me he did not cook up those dishes and seems to have a little trouble with Thai food in general but we are working on it. . . . . . #modelmaking #stopmotion #stopmotionpuppet #thailand #thaifood #thaistreetfood #vegan #veganthaifood #chef #baking #natalieportman #miniature #miniaturefood #urbanart #graffiti #modernart #amysedaris #myfavoritemurder #urbandecay #animation #streetfood #chef #cooking #chefhat #plantbased #pokpok #pokpokpdx #natalieportman #papayasalad #foodspread #dreaming #passionproject

The narrative follows the show’s warm-hearted host, simply named “The Chef.” According to the plotline, The Chef has worked with many well-known celebrities in the past, and aims to educate children on the benefits of plant-based cooking with his new show. As the story goes, “The chef has been cooking up vegan food for about 30 years now and has been wanting his own cooking [show] for the better part of the 90’s and 2000’s. He’s mostly worked as a personal chef to many celebrities but does not want to disclose any more information on that. He’s excited to work with Rachel, Ozi, Adam and the rest of the internet to spread his recipes and cooking style.”

To communicate the importance of being a well-rounded individual, The Chef also has hobbies outside of the kitchen. He’s a family man with a wife, seven children, and a love for playing the banjo.

The Chef also loves to create new plant-based recipes for The Tiny Chef Show. Aside from the Beyond Burger, the chef has baked vegan banoffee pie, mixed up a papaya salad, and concocted snacks such as pretzels, Vietnamese spring rolls, chocolate chip cookies, and much more.

The Tiny Chef Show is not the first programme to promote the vegan lifestyle to children. In January, the launch of the Australian Vegan Kids TV Series was announced. Featuring interviews with young vegan activists, plant-based topic discussions, and games, the new show aims to make the vegan lifestyle more accessible and appealing to children. The first episode premiered in March and is available to watch on YouTube.