“KBP has been exploring alternative uses of the tobacco plant for some time,” Dr. David O’Reilly, BAT’s Director of Scientific Research, said in a press release. “We are committed to contributing to the global effort to halt the spread of COVID-19 using this technology,” he added.

The tobacco giant—which makes a number of cigarette brands, including Lucky Strike and Dunhill—says the vaccine is made “using new, fast-growing tobacco plant technology.”

BAT explained that KBP, which previously helped develop an effective treatment for the Ebola virus, is working on the vaccine on a not-for-profit basis.

The tobacco company is currently exploring partnerships with government agencies in order to advance the vaccine to clinical studies. BAT said, “with the right partners and support from government agencies, between one and three million doses of the vaccine could be manufactured per week, beginning in June.” 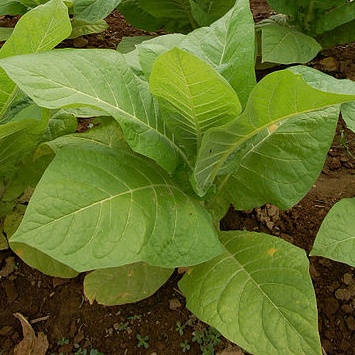 The cigarette company is developing a coronavirus vaccine made from tobacco plants.

The tobacco giant also explained that its plant technology is faster because the vaccine’s elements can accumulate in tobacco plants in just six weeks. Conventional methods take several months.

In order to create the vaccine, KBP cloned a portion of the coronavirus’ genetic sequence, which created a potential antigen. Antigens are substances in the body that induce an immune response, especially the production of antibodies—which help ward off viral infections.

KBP then inserted the antigen into tobacco plants for reproduction. The plants were harvested, and the antigen purified. BAT says they are now undergoing pre-clinical testing.

BAT also revealed its plant-based vaccine is capable of delivering an effective immune response in just a single dose.

“Vaccine development is challenging and complex work, but we believe we have made a significant break-through with our tobacco plant technology platform and stand ready to work with Governments and all stakeholders to help win the war against COVID-19,” said Dr. O’Reilly.

“We fully align with the United Nations plea, for a whole-of-society approach to combat global problems,” he added.

Since the announcement, the World Health Organization (WHO) has issued a warning to governments against working with the tobacco industry to develop vaccines. Under the organization’s convention on tobacco control, members are restricted from dealing with the industry, The Times reports.