Updated July 26, 2019 | Vegan Tofurky sandwiches are now available in a number of stores in the UK.

Health food retailer Holland & Barrett recently added a new food-to-go section in a selection of its London stores. Like in many supermarkets and health retailers, for £3.99, customers can purchase a meal deal with a main, a snack, and a drink.

But Holland & Barrett’s new lunch options are a little different to competitors — every salad, wrap, and sandwich option is veggie or vegan. And among the new plant-based options are Tofurky sandwiches.

Regarding the launch of the new meal deal, Ian Chant — the head of food at Holland & Barrett — said in a statement, “as a trusted health food retailer, there has been a mounting demand from our customers for vegan and veggie lunch-to-go options and we are excited to be able to launch into this category with six of our stores now selling a wide variety of fresh lunch foods.”

Tofurky Across the UK 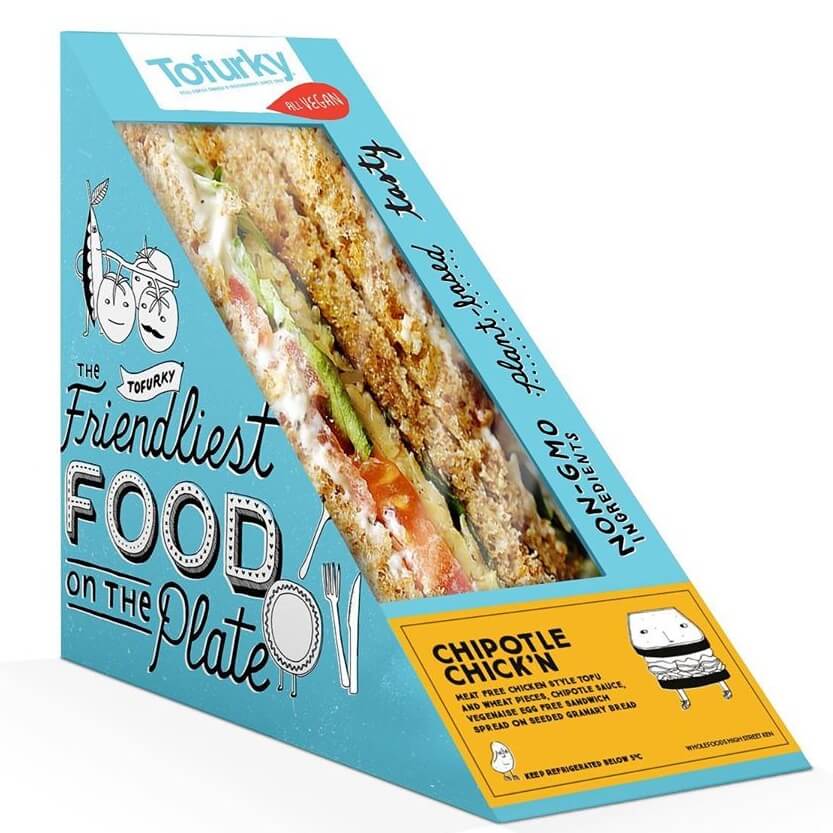 Select Whole Foods UK stores have stocked Tofurky’s pre-packed sandwiches since 2017, and they are also available in a handful of independent coffee shops and health food retailers across the UK.

Even diplomats at the UK’s Foreign & Commonwealth Office (FCO) can get their hands on a pre-packed vegan Tofurky sandwich at lunchtime.

Last year, Boston-based British Consul General Harriet Cross stumbled across the brand’s Chick’n & Sweetcorn and Ham Style sandwiches in the FCO coffee shop on King Charles Street in London. She Tweeted at the time, “thanks to [the Foreign Office] for giving us vegan diplomats some choice in the FCO King Charles St coffee shop. Vegan [Tofurky] sandwiches!”

Tofurky is on a mission to help re-shape the food system and create a more compassionate world. It states on its website, “we believe in people, animals, and the environment over profits. As Tofurky grows, we continue to reinvest in animal welfare and environmental initiatives.”