Hello, August — it’s been a while. July is over and we’re already eight months into the year.

Last month, Jaden Smith launched I Love You Restaurant, a vegan food truck that gives out free, healthy meals to those in need. Its opening day took place in Skid Row, Los Angeles, but the 21-year-old has future plans for his act of charity. Plant-based tennis star Novak Djokovic won the Wimbledon Men’s Singles final earlier this month after a five-hour match being hailed by some as one of the best in the history of the sport.

In Canada, iconic restaurant chain Tim Hortons began testing a breakfast sandwich featuring Beyond Meat’s vegan breakfast sausage and a JUST Egg patty. And one company has created vegan ice cream that’s a perfect replication of the real thing. There’s still plenty more to say about July — here are the top news stories of the month. 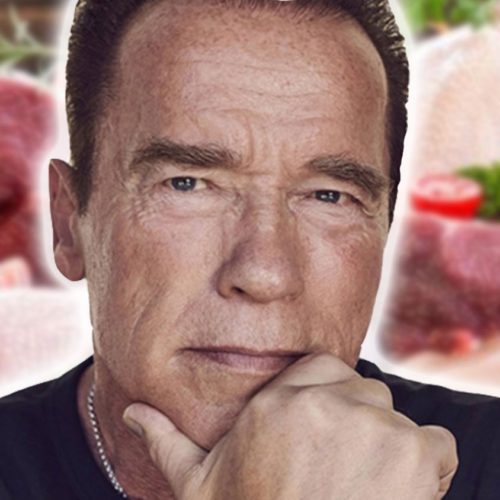 The ‘Terminator’ star is meat-free.

Speaking in the trailer, Schwarzenegger said: “They showed us a lot of commercials, selling us the idea that real men eat meat. But you’ve got to understand: that’s marketing. That’s not based on reality. You have to start slowly, you can’t just convince people to stop eating meat altogether. It’s a very big challenge, it doesn’t mean it shouldn’t be done and you shouldn’t be on that campaign, but it’s a very hard thing to overcome.” 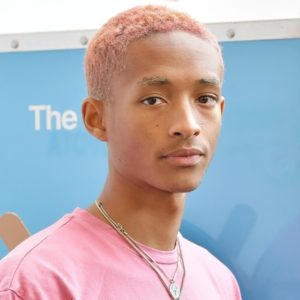 Rapper, actor, and entrepreneur Jaden Smith launched I Love You Restaurant in Los Angeles in early July. For one day, the vegan food truck concept served free plant-based meals in Skid Row, an area of Los Angeles that has one of the highest populations of homeless people in the country.

“I Love You Restaurant is a movement that is all about giving people what they deserve, healthy, vegan food for free,” Smith wrote on Instagram. “Today we launched our  first one day food truck pop-up in Downtown LA.”

Footage shared on the food truck’s Instagram account showed grain bowls made with sweet potato, black beans, and greens. According to 21-year-old Smith, I Love You Restaurant will be a re-occurring act of charity, much like the nonprofits Chilis on Wheels and Food Not Bombs, both of which have chapters across the country.

“Keep a look out because this is the first of many,” Smith said. 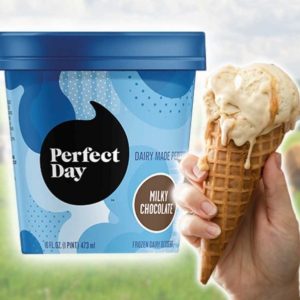 Food tech startup Perfect Day found a way to make vegan ice cream made from real dairy proteins. Co-founders Ryan Pandya and Perumal Gandhi — both vegan biochemists — use a method called “flora fermentation” to make milk without the cow. It starts with a strand of yeast inserted into a strand of 3D-printed cow DNA. The yeast ferments the sugar, creating whey and casein — proteins found in dairy milk — identical to the real thing, only vegan.

Perfect Day sold a limited 1,000-pint batch of its ice cream in early July, selling out within the day. It comes in three flavors: Salted Vanilla Fudge, Milky Chocolate, and Vanilla Blackberry Toffee. Perumal and Gandhi say they have attracted the attention of ingredients brands that are potentially interested in producing their vegan dairy on a larger scale.

4. Millennials Are Raising an ‘Army’ of Vegan Kids 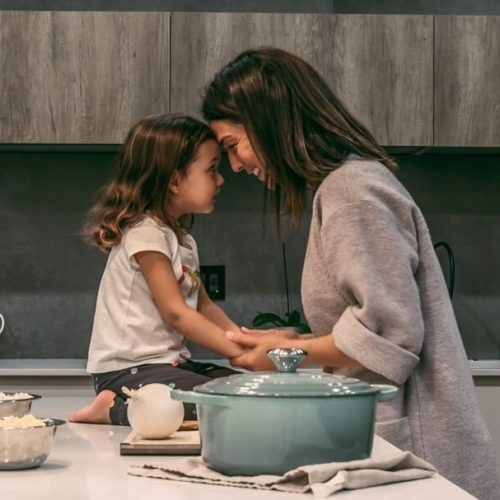 Millennials are one of the driving forces behind the rise of plant-based food sales — and their perspectives are having an impact on younger generations. According to a survey conducted by Impossible Foods, the brand behind Burger King’s new meat-free Whopper, younger consumers are more likely to buy vegan meat for health, environmental, and animal welfare reasons.

Members of Generation Z — those born between 1997 and 2019, depending on who you ask — are the most likely to eat plant-based meat at least once a month, with five in ten people saying they do so. Further data shows that 72 percent of Millennials with children are eating vegan vegan more often.

“Millennials are poised to become America’s largest generation – and they’re creating a new model for parenting, profoundly shaping generations after them. Their choices directly influence their children, creating a virtuous circle as more kids develop a taste for plant-based meat,” Impossible Foods said in the report.

5. Miley Cyrus Refuses to Have Kids Until We Save the Planet 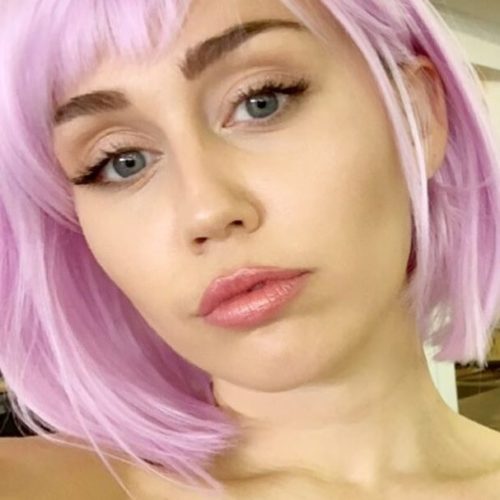 The pop star has concerns about the future of the planet. | Miley Cyrus

Vegan singer Miley Cyrus declared that she can’t raise a child in good conscience given the state of the planet. In a recent interview with Elle magazine, the “Black Mirror” star revealed her complicated feelings.

“We’ve been doing the same thing to the earth that we do to women. We just take and take and expect it to keep producing. And it’s exhausted. It can’t produce,” Cyrus said. “We’re getting handed a piece-of-[expletive] planet, and I refuse to hand that down to my child.”

She added, “Until I feel like my kid would live on an earth with fish in the water, I’m not bringing in another person to deal with that.” 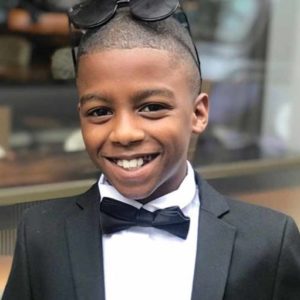 Eleven-year-old Omari McQueen is the CEO and founder of Dipalicious, a vegan food brand and upcoming restaurant based in Croydon, a town in South London.

The young entrepreneur and award-winning chef learned about veganism from a PETA (People for the Ethical Treatment of Animals) at age eight. Already passionate about cooking, McQueen became determined to make food that anyone would love. He created a vegan pizza for his YouTube cooking channel and paired it with a dip that he made himself. The Caribbean-inspired dip later became the first product sold by his company, Dipalicious, which now also makes snacks.

McQueen announced his restaurant last month, calling it a dream come true. He hasn’t revealed the menu yet — but he loves to cook vegan Caribbean food. His pop-up restaurant will be at the Boxpark Croydon from August 17-24. 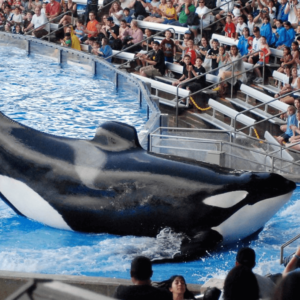 The major airline will no longer promote SeaWorld. | Wikimedia Commons

Another major company has severed all ties with SeaWorld marine parks. United Airlines announced last month that it would no longer sell ticket packages promoting marine parks on its website.

The 2013 documentary “Blackfish” revealed the cruelty of marine parks toward captive cetaceans like orcas. United Airlines follows in the footsteps of WestJet and Air Canada, which also agreed to stop advertising SeaWorld on ethical grounds. Richard Branson-owned Virgin Holidays also made a similar commitment, instead choosing to concentrate on ethical attractions featuring animals in the wild and marine conservation. 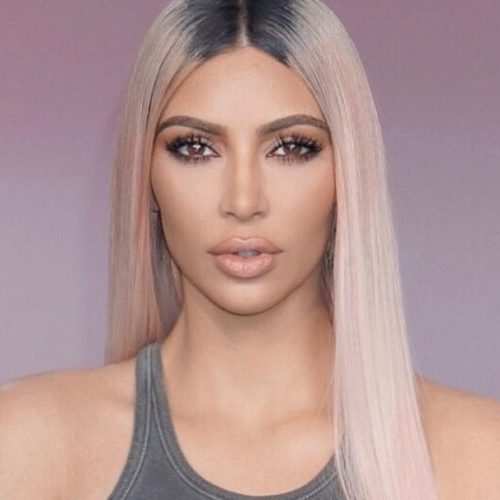 The KKW Beauty founder has been regularly promoting plant-based food on her Instagram for a few months now. She also recently revealed that she got rid of her fur collection and replaced her favorite pieces with faux alternatives. 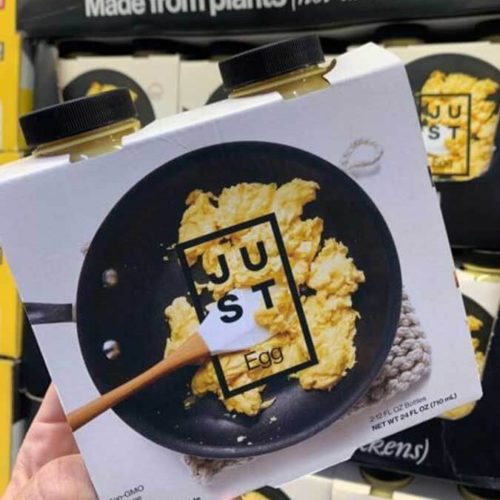 You can now get the JUST Egg in Costco and Tim Hortons.

The JUST Egg is becoming increasingly available in North America. The liquid vegan egg was spotted in a West coast Costco store, retailing for $9.99 for a pack of two — typically the price of just one bottle.

It also made its Canadian debut at major fast-food chain Tim Hortons. The omelet sandwich features a vegan egg patty made by the San Francisco food tech brand, served with Beyond Meat’s breakfast sausage and cheese on a roll. The plant-based egg, which is made from mung bean protein, was created to cook and taste like the real thing. 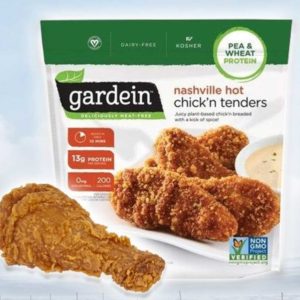 Gardein is coming out with vegan Nashville hot chicken. Made from a blend of pea and wheat protein, the spicy meat-free tenders are part of this summer’s product roll-out. Other new additions to Gardein’s lineup include vegan Italian sausages, breakfast sausage patties, scramble bowls, and skillet meals. The popular vegan meat brand is also in the process of developing a realistic range of sausages, burgers, and ground, similar to Beyond Meat. 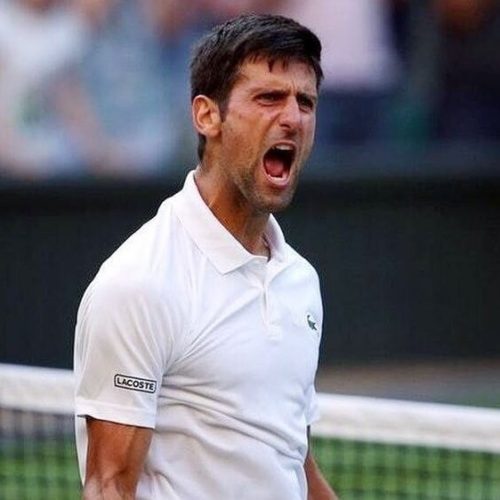 He won after a grueling four-hour match. | Head Tennis

Plant-powered tennis star Novak Djokovic became a five-time Wimbledon Men’s Singles winner in a match against Roger Federer. The Serbian athlete secured his victory after nearly five hours in what many have described as one of the best men’s singles matches in history.

Djokovic revealed in a recent interview that he’s been reaping the benefits of his plant-based diet for a number of years now: “I don’t like the labels, to be honest. I do eat plant-based (food), for quite a few years already. But because of the misinterpretations of labels and misuse of labels, I just don’t like that kind of name. I do eat plant-based. I think that’s one of the reasons why I recover well. I don’t have allergies that I used to have any more.”

The 32-year-old also features in and is an executive producer of Cameron’s upcoming documentary, “The Game Changers.”