June is over and summer is officially here. We’re now more than halfway through 2019. Time really flies by and veganism only continues to become more mainstream.

This past month saw to a 150-year-old French patisserie ditching all animal products thanks to the help of celebrity chef Matthew Kenney. Vegan Friendly, an Israeli organization, is also helping bakeries cut out eggs and dairy. The group has helped some of the nation’s top bakery chains introduce vegan options.

Grocery stores in the UK are more on board with vegan options than ever before. Tesco, the country’s leading chain, pledged to increase plant-based options nearly 900 percent while Sainsbury’s introduced vegan butcher counter during World Meat Free Week to help educate consumers about how to cook with plant-based products.

On the animal rights side, Estée Lauder Companies, parent company to major beauty brands such as MAC, Clinique, Bobbi Brown, and others, pledged its support to a global end to cosmetic animal testing. New York Representative Alexandia Ocasio-Cortez also supported the effort to free Happy, an Asian elephant who has been living alone at the Bronx Zoo for more than a decade. 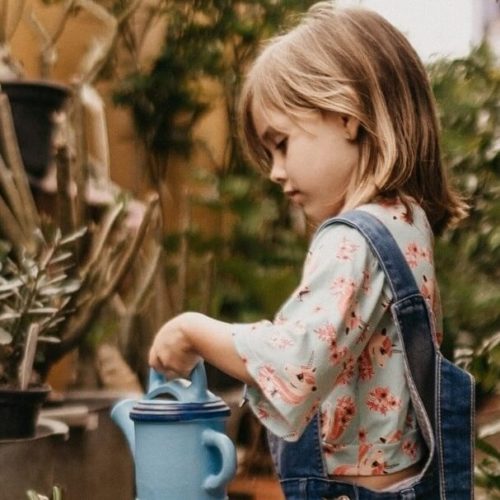 Sweden opened the first vegan school for children ages six and 15-years-old in all of the Nordic countries. The nation’s Hagaskolan school in Waldorf serves kids plant-based meals while teaching them about sustainability, health, and ethics. It utilizes educational philosophy of Rudolf Steiner, the founder of Anthroposophy, which emphasizes nurturing children’s intellectual, artistic, and practical skills in a holistic way.

2. Israel’s Top Bakeries Are All Ditching Eggs and Going Vegan 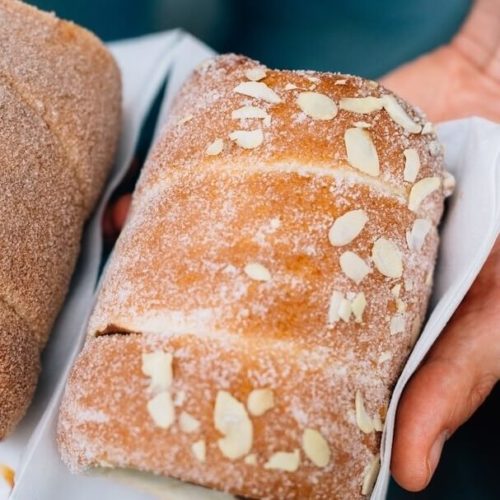 A nonprofit called Vegan Friendly is helping bakeries in Israel go egg and dairy-free. The organization has worked with some of the top bakery chains — including La Farina, Mr. Donuts, Davidovich, Lehamim, Biga, Neeman, Biscotti, Piece of Cake, Antikovich, Gold Cookies, and Roladin — in the nation learn how to recreate their baked goods with plant-based ingredients. La Farina introduced a vegan mocha cake to its 15 bakery locations, saving 12,000 eggs, 370 liters of cow’s milk, and 250 kilos of butter every year, according to Vegan Friendly. Its certification now appears in more than 5,000 locations across the country.

3. Actually, Iceland Is the World’s Most Vegan-Friendly Country 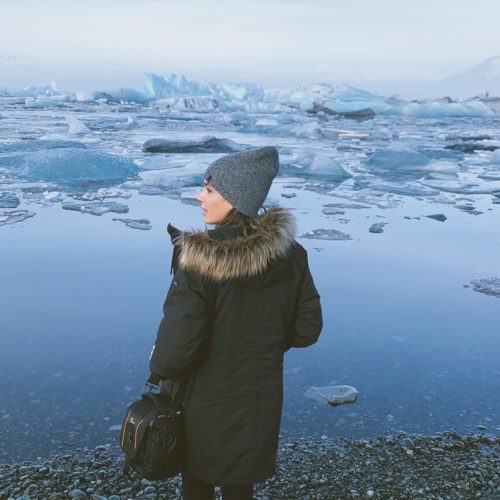 Is Iceland the most vegan-friendly country in the world? Google Trends data indicates that the Nordic nation placed first in worldwide rankings for the popularity of veganism over the last year. It found that vegan-related searches grew by 11 percent compared to 2017 and 35 percent compared to 2016. Searches include “veganism,” “vegan restaurants,” and “vegan recipes” as well as other topics. According to Ragnar Freyr, the creator of the Vegan Iceland app, “there’s almost no restaurant in Iceland that doesn’t offer a vegan option.” 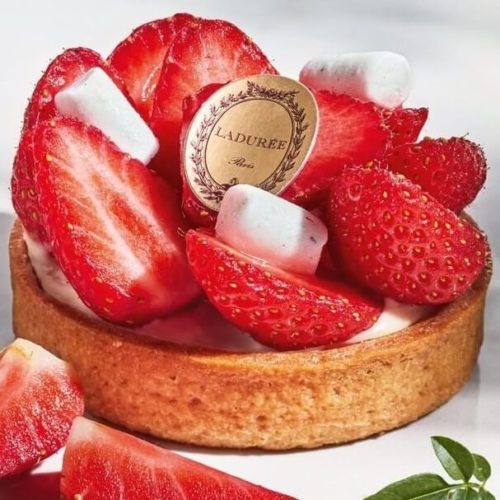 Ladurée, a French patisserie founded in 1871, is turning its Beverly Hills location vegan. It started when co-president Elisabeth Holder requested a kale salad be added to the Paris menu. Although it was dismissed as “rabbit food,” the dish became the best-selling menu item. The Beverly Hills location will forgo all animal products, thanks to the help of celebrity chef and restaurateur Matthew Kenney, offering egg and dairy-free versions of classic French pastries like macarons and croissants. Vegan pastries will launch in Ladurée’s Paris location as well and will later be available at its 80 locations across the world. 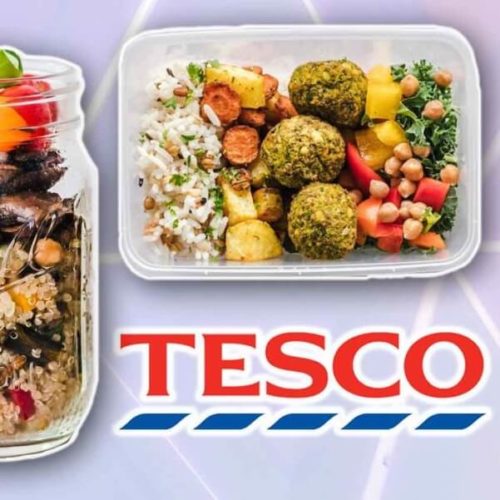 Tesco, the UK’s leading supermarket, will increase vegan options by nearly 900 percent with the introduction of a new plant-based ready meal range. Called Plant Chef, the new meals will bring Tesco’s total plant-based food offerings up to 300 from 32. The supermarket chain says focusing on its vegan ranges will help the company continue to grow. Tesco has already had huge success with the launch of its Wicked Kitchen brand, developed by vegan chef Derek Sarno. The vegan meal range, which launched in early 2018, exceeded all sales expectations. 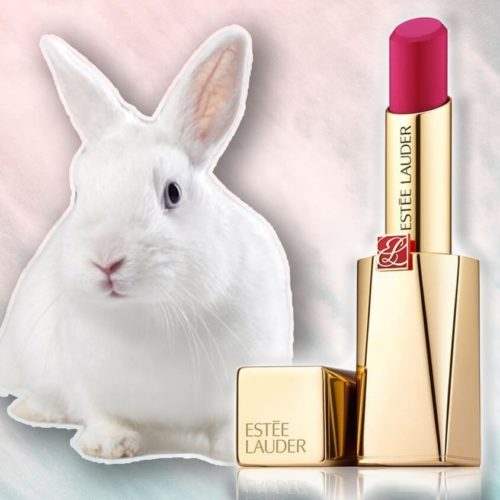 Leading cosmetics manufacturer Estée Lauder Companies, which owns brands including MAC, Clinique, Aveda, and Smashbox, has joined a global campaign to end animal testing for beauty products. The #BeCrueltyFree campaign, launched by nonprofit organization Humane Society International (HSI), is the biggest effort for the cause in history. HSI believes that with the support of major brands like Estée Lauder, there can be an end to cosmetic animal testing by 2023.

7. Oat Milk Is So Popular, It May Put the Dairy Industry Out of Business 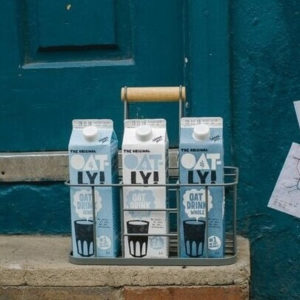 Sales of liquid dairy milk in the U.S. have been on a steady decline since the mid-1970s and oat milk’s popularity might impact industry sales. According to Dairy Farmers of America, which represents 30 percent of milk production in the nation, revealed last March that 2018 sales dropped approximately $1.1 billion. Vegan milks such as almond, coconut, soy, and more recently, oat, may be part of dairy’s decline. Consumer demand for oat milk, sparked by Swedish brand Oatly’s U.S. launch, is particularly high. Grocery stores across the country faced shortages, but the company recently opened its first U.S. plant in New Jersey. Along with oat milk, it will produce products already available in Europe, such as dairy-free ice cream. 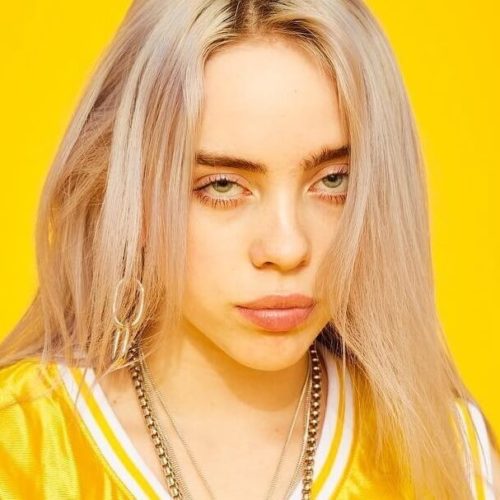 Billie Eilish spoke out against the recent exposé of Fair Oaks Farms, supplier to dairy milk brand Fairlife. The largest undercover investigation of a dairy farm revealed workers hitting, dragging, and throwing baby cows, who are taken away from their mothers shortly after birth so the milk can be sold for human consumption.

“I keep my mouth shut most of the time about this because I believe everyone should do, eat, and say whatever they want… and I don’t feel the need to shove what I believe in in anyone’s face,” Eilish wrote on her Instagram Story.

“But man… if you can watch the videos that I just posted and not give a [expletive] that it’s YOU contributing by LITERALLY EATING the creatures that are being fully tortured just for your pleasure. I feel sorry for you,” she said to her 26.1 million followers.

“I understand that meat tastes good… and I know you think you’re just one person and it ‘won’t change anything if you stop,’” Eilish continued. “But that’s ignorant and stupid.” 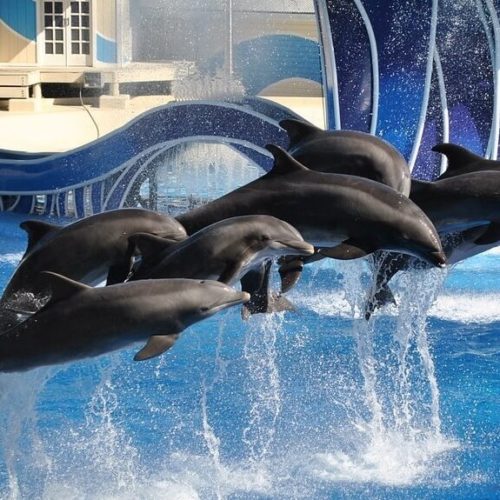 Canada has banned venues like theme parks and aquariums from keeping dolphins, whales, and porpoises in captivity for the purpose of entertainment. Bill S-203 was endorsed by more than 20 marine scientists and organizations, such as Humane Society International (HSI), Dr. Lori Marino and Dr. Naomi Rose of the Whale Sanctuary Project, and the former head trainer at Marineland, World Animal Protection, Dr. David Suzuki.

“Whales and dolphins don’t belong in tanks, and the inherent suffering these highly social and intelligent animals endure in intensive confinement can no longer be tolerated,” said Rebecca Aldworth, Executive Director of HSI Canada. “We congratulate the sponsors of this bill and the Canadian government for showing strong leadership in responding to public will and sound science on this critical issue.”

10. Alexandria Ocasio-Cortez Is Trying to Free the Bronx Zoo Elephant 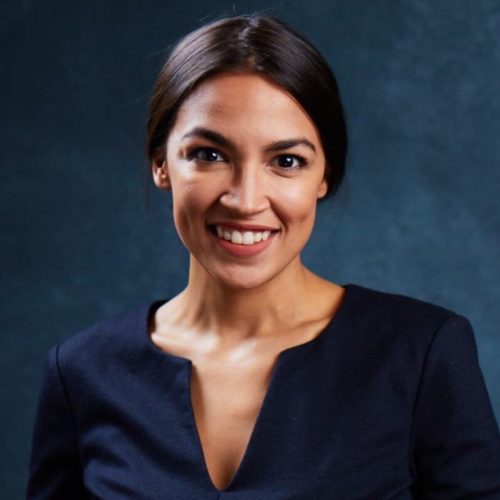 New York Representative Alexandria Ocasio-Cortez, aka AOC, supports the fight to free Happy, the Bronx Zoo elephant who has lived in isolation for over a decade. An activist tagged AOC in a Twitter thread about the lone elephant to which the Bronx native responded, “Thanks for bringing Happy’s situation to my attention! The team and I are looking into what we can do.”

Animal rights organization In Defense of Animals has named the Bronx Zoo eight times on its annual list of the 10 Worst Zoos for Animals. This year, it was given the #1 spot. Elephants are highly intelligent animals that thrive on the social bonds they make with their herds. Happy was the first-ever elephant to pass the mirror self-recognition test — considered to be a sign of sentience — and is also the first elephant to have a court-appointed lawyer representing her. Happy’s legal case was transferred to Bronx Country last March. 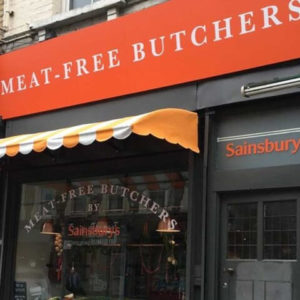 UK supermarket chain Sainsbury’s launched a vegan butcher counter earlier this month during World Meat Free Week. Called Meat-Free Butchers, the pop-up shop served vegan hot dogs, mince, steaks, and pulled jackfruit. Employees also engaged customers on how to cook and prepare plant-based food after its research revealed that while consumers are willing to try vegan meat, they are unsure of how to use it.