There are countless myths circulating about veganism. And if you’ve been vegan for longer than ten minutes, it’s highly likely that you’ve already encountered a slew of them. Commonly asked questions about a plant-based lifestyle frequently include: Where do you get your protein from? Don’t plants feel pain, too? But what if you were on an island…

If you’re not vegan, you may be curious about the answers to some of these most burning, plant-based questions. So, we’re setting the record straight about some of the most commonly asked questions about veganism.

10 Questions About Being Vegan

Do vegans get enough protein?

Vegans get their protein from the same place that some of the world’s strongest animals—gorillas, rhinos, elephants—get theirs: from plants.

And contrary to popular belief, it is possible to obtain adequate amounts of protein on a plant-based diet. Sharon Palmer, MSFS, RDN is a registered dietitian with more than 18 years of experience in the field of plant-based nutrition and sustainability. She’s also the woman behind The Plant-Powered Dietician—a vegan nutrition and lifestyle blog.

“Studies show that on average vegans meet their protein needs. That’s because humans don’t need that much protein—the requirement is .8 grams per kilogram body weight,” she tells LIVEKINDLY.

“We tend to place a high value on protein and overestimate our needs. All it takes is getting a good source of plant protein—pulses, soyfoods, grains, nuts, seeds—on your plate at each meal, in combination with other healthy plant foods, like vegetables, to meet your needs,” she adds.

Want to get more protein in your vegan diet? Click here for a list of the best vegan protein sources.

How do vegans get enough vitamins and nutrients?

Vitamin deficiencies are possible for anyone who doesn’t eat a well-balanced diet. But Palmer notes that vegans may get less of certain nutrients—such as calcium, iron, zinc, and vitamin D—than meat-eaters. “However, that doesn’t mean it is deficiency level. For example, vegans eat a lot more fruits, vegetables, grains, pulses, soyfoods, nuts, and seeds than non-vegans,” she explains. She says these foods feature vitamins A, C, E, K, and B, as well as potassium and magnesium.

“You can get enough calcium, vitamin D, iron, and zinc on a vegan diet, but that means you have to eat a healthy, balanced diet. You can’t eat junk food and get enough of these nutrients,” she adds. She stresses that the same goes for non-vegan diets, too.

Another burning vegan question: Bees make honey from the nectar they collect from flowering plants. A primary source of nutrition for bees, they produce it in order to store food for the winter. This is because flowering plants are more scarce during these months.

And because veganism isn’t just a diet—it’s a lifestyle—vegans typically avoid consuming honey. Granted, some vegans do eat honey, but most generally don’t because it is produced from the labor of bees. 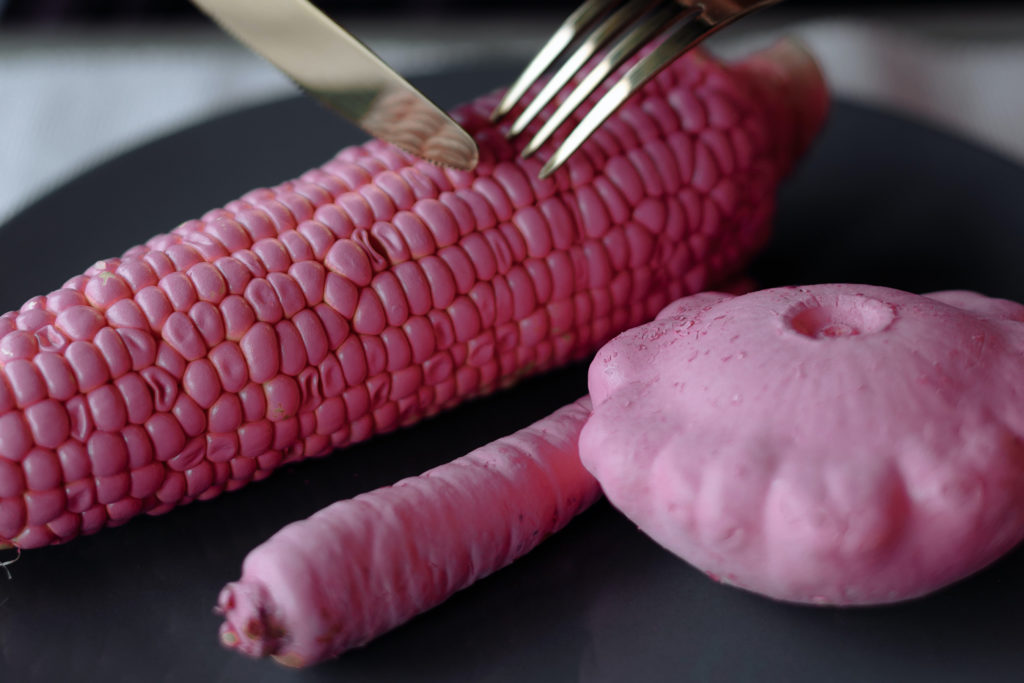 Some meat-eaters attribute their affinity for meat to sensory factors like meat’s taste and smell. Others believe humans are by nature meat-eaters. But science and technology have afforded researchers the ability to answer the age-old vegan question: Aren’t humans made to eat meat? And what did our earliest ancestors actually eat? Well, the answer in short? Mostly plants.

Similar to their ancestors, Australopithecus, early Homo subsisted on a diet largely consisting of vegetation from shrubs and trees. The research stems from the 2013 discovery of a 2.8 million-year-old Homo jawbone in the lower Awash Valley of Ethiopia. The specimen is 400,000 years older than the oldest previously discovered Homo specimen.

Studies show ancient humans transitioned into eating a meat-centric diet. Some scientists theorize that the incorporation of meat into the diets of hominins—our distant human ancestors—may have occurred due to climate change.

Why do vegans only care about animals?

Another question often asked about vegans is why they only speak out in favor of animal rights. But veganism isn’t just about the animals. It’s a social justice issue that’s intrinsically linked to human rights. It’s also a matter of environmental emergency.

In addition to abolishing animal exploitation, veganism—as a movement—inherently works to challenge the global agriculture industry. Intensive factory farming isn’t just horrific for the animals, it’s harmful to humans, too. Veganism helps to expose the sheer inequities between those considered rich and those considered poor. It shines a light on the politics of hunger and the fact that marginalized communities are more impacted by food insecurities.

Veganism addresses the fact that much of the world’s food and land resources go towards raising livestock for human consumption. Moreover, factory farms and slaughterhouses are disproportionately located in minority and low-income communities. As a result, people living in these areas typically suffer major health issues caused by the pollution and contamination they produce.

According to the University of Michigan’s Center for Sustainable Systems, meat products tend to have a larger carbon footprint per calorie compared to grains or vegetables. This is due to the “inefficient transformation of plant energy to animal energy.” Livestock also release greenhouse gas emissions like methane and nitrous oxide into the atmosphere—all of which can impact the health of humans. A 2013 report by the UN Food and Agriculture Organization also found that livestock are responsible for approximately 14.5 percent of global greenhouse gas emissions.

While (most) vegans support human rights issues, they do realize that animals are unable to speak up for themselves and are vocal in their support of animal rights.

Endless savory, vegan options like the Impossible Burger and Tofurky are readily available in stores. And with flavor-packed recipes like these juicy, vegan cheeseburgers—this myth can easily be laid to rest. And those herbs and seasonings you use to “add flavor” to your dishes? Those come from plants, too.

What’s wrong with dairy and eggs?

Some question why vegans choose to avoid dairy and eggs. In order to produce milk, workers must artificially inseminate female cows in order to become pregnant. Once they give birth, workers take their babies away from them within hours of birth. This is so that their milk can be used for human consumption. Since male calves can’t produce milk, they’re considered useless to the dairy industry and are usually sold for veal production. Female calves join in on the production line. In a natural setting, cows can live to be up to 20 years old. However, according to animal welfare group Compassion in World Farming, dairy cows are usually considered spent around the age of five or six—when their milk production levels dip—and are subsequently sent to be slaughtered for their meat.

The egg industry is incredibly similar. Male chicks are killed promptly after hatching—usually by being ground up alive, reports animal rights group PETA (People for the Ethical Treatment of Animals). Egg-laying hens live in squalid conditions, often crammed into tiny, battery cages. In order to keep them from pecking one another, their beaks are seared off with a hot blade, according to PETA.

A growing body of research shows that milk and other dairy-based products have little to no correlation to overall bone health. According to an analysis published in the British Medical Journal, the vast majority of studies do not prove there is a link between the consumption of dairy and fractures or broken bones.

Calcium, vitamin D, and other nutrients like antioxidant compounds are essential for building strong bones. And Palmer says people can readily obtain these from plant-based foods. “You can get calcium and vitamin D (which is fortified in dairy—not found naturally) in plant-based diets. Calcium can be found in tofu, cruciferous vegetables, oranges, some grains, nuts, pulses, seeds, In addition, you can get vitamin D from the sun and in UV-exposed mushrooms,” Palmer explains.

“It’s important to remember that most of the global population does not consume milk and even lacks the enzymes to digest it, and they found a way to get healthy bones over the millennia. In fact, Western diets—high in dairy—are linked with higher rates of osteoporosis,” she adds. 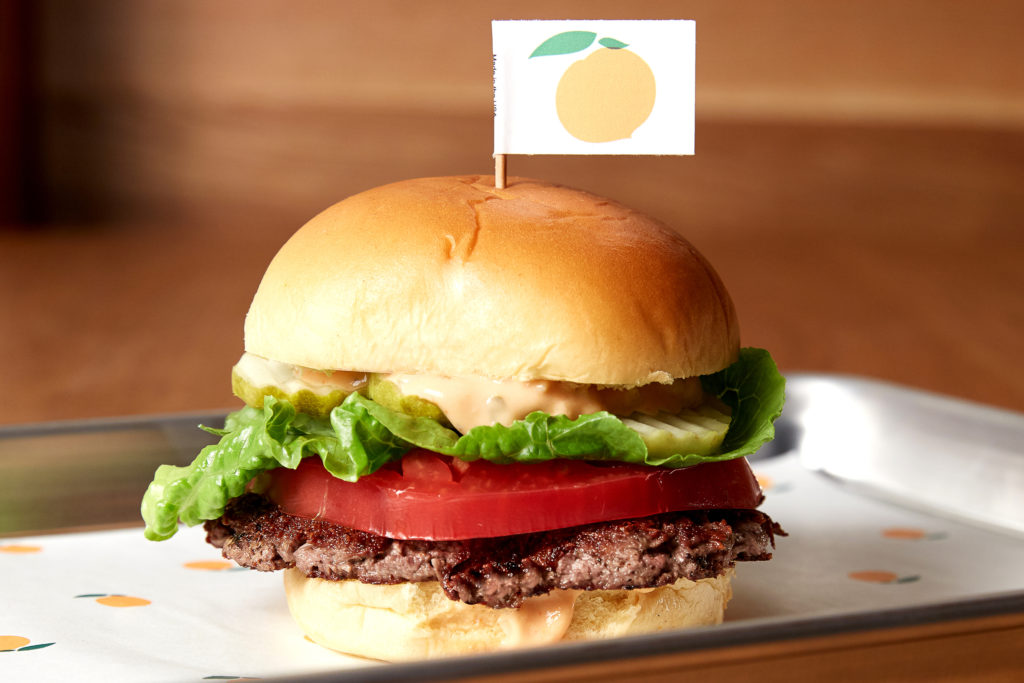 If everyone went vegan, wouldn’t the world be overrun with animals?

Factory farms breed animals into existence for human consumption. In other words, cows, pigs, and chickens do not breed themselves; workers artificially inseminate them. And the rate with which workers do this is staggering.

Every human on Earth going vegan at exactly the same time is not realistic. However, if people were to gradually give up meat, or even reduce their intake, the agriculture industry would be forced to slow down production and breeding rates in order to meet the diminishing demand.

As the need for livestock declines, so too would the need for feed grains like corn, soy, and oats. As a result, there would be less monocropping—the agricultural practice of growing a single crop on the same land year after year—and deforestation. Wildlife would once again be able to inhabit the land.

Can being vegan impact your hormone levels?

There may be some validity to this vegan question. According to Palmer, there is some evidence that suggests vegan diets do have lower levels of certain sex hormones compared to those that are heavy in meat.

“However,” Palmer says, “The studies haven’t documented any negative effects of these lower levels.”

“We need more research on this. It’s interesting to consider that estrogen has been linked with some cancers. And perhaps it could be related with the lower risks of breast cancer we see in vegans. But we need more research to fully understand this—it’s too soon to know for sure,” she adds.

Will a vegan diet help you lose weight?

Research shows a strong correlation between a plant-based diet and healthy weight, weight loss, and lower BMI. Some scientists contribute this to the high amounts of fiber and lower levels of saturated fats. These are common with whole food, plant-based diets.

But Palmer says it’s entirely possible not to lose weight on a vegan diet, too. “While many people experience weight loss, others may have difficulty achieving this based on their own unique genetic makeup and body type, as well as dietary choices,” she explains.

Just like any dietary choice, someone that adheres to veganism can consume healthy and clean foods, or they can eat a diet largely made up of processed foods—which can be not so healthy.