With the new year comes fresh perspectives, unexpected opportunities, and twelve new months to fill with exploration. To help you make the most of your year ahead, here are our top nine Vegan travel destination sure to bring you adventure, lifelong memories, and delicious vegan food in 2019. 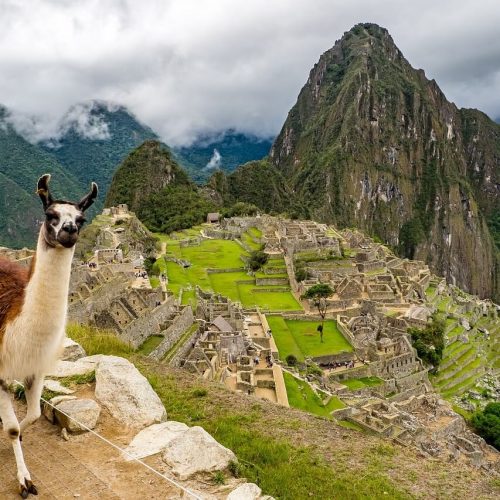 Home not only to alpacas, llamas, and Machu Picchu, Peru is home to some of the world’s most nutrient-packed plant-based foods. Wherever you travel expect to find quinoa on every eatery menu.

The city of Lima, Peru’s capital, will similarly impress, with its Raw Cafe Club specializing in raw burgers, mixed bowls, and desserts, and the vegan restaurant, El Jardin de Jazmín, which offers everything from pizzas and mushroom skewers to milkshakes.

And don’t forget to visit the ChocoMuseo museum to stock up on some of the world’s best dairy-free chocolate. 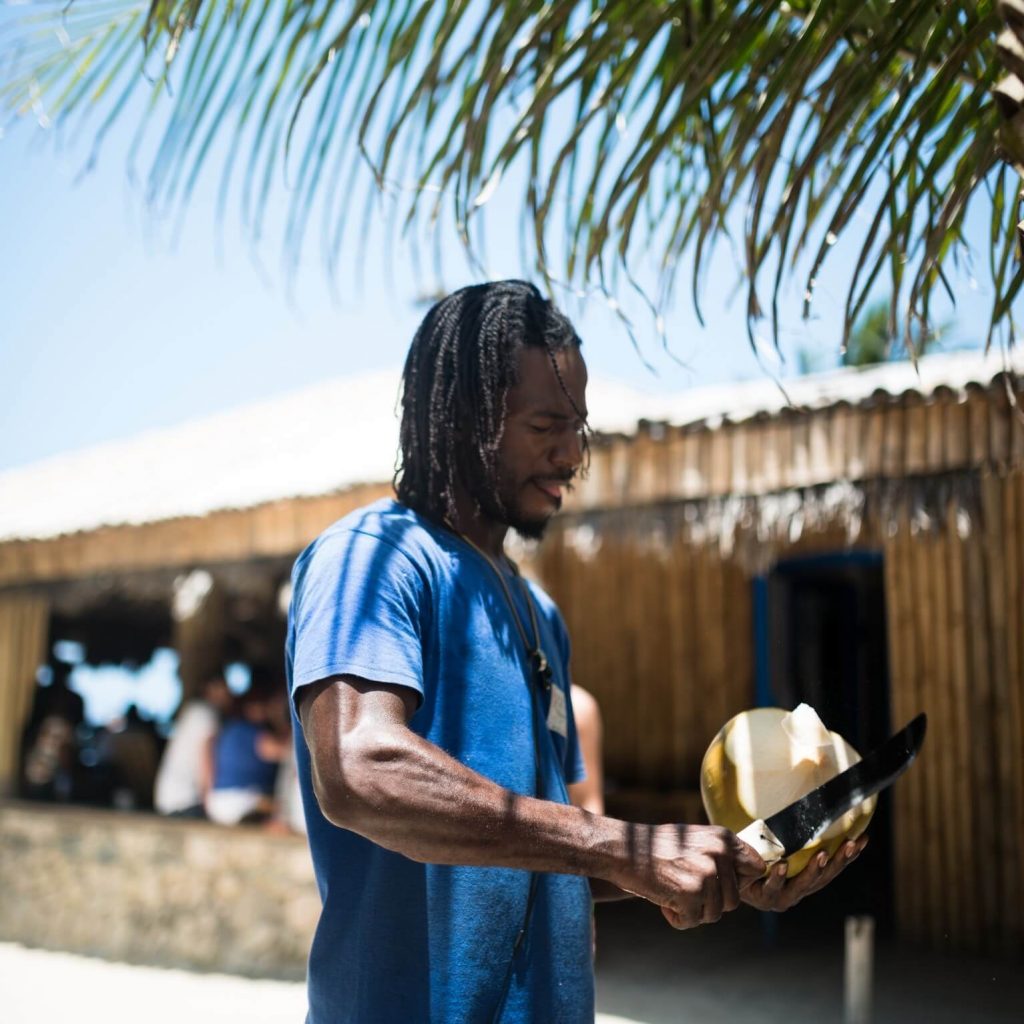 This Carribean island has more to offer than bright white sands and a wealth of Bob Marley history. With the Rasta community following a plant-based diet, traditional vegan meals can be found with ease.

And while you’re in the country, make sure you make the most of the nation’s fresh juices too – hibiscus juice, june plum juice, and sugar cane juice should all be on your drinks bucket list. It’s also a crime to visit Jamaica and not try the nation’s coconut jelly water, readily available on roadside stalls. 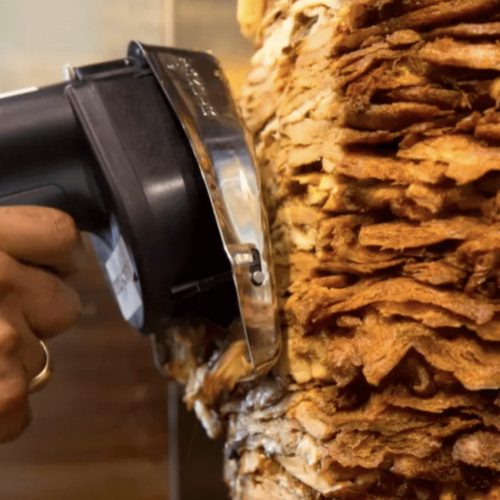 The vegan capital of the world, if you haven’t been to Tel Aviv yet, 2019 is your year to do so. With the fifth annual vegan congress held in the city in 2018, the city’s booming vegan scene is undeniable and something every plant-based enthusiast traveler should experience.

A must-visit eatery is Sultuna, opened by vegan chef Harel Zakaim, which serves a vegan replica of lamb shawarma made from forest mushrooms. The shawarma is served with “all the usual components” including tahini sauce, pickled vegetables, salad, and amba – a mango pickle condiment bought from Tel Aviv’s Hatikvah market.

Other places to dine out include the vegan Georgian restaurant Nanuchka, which serves traditional veg filled pastries, dumplings, seitan cutlets, among a range of other classic dishes. 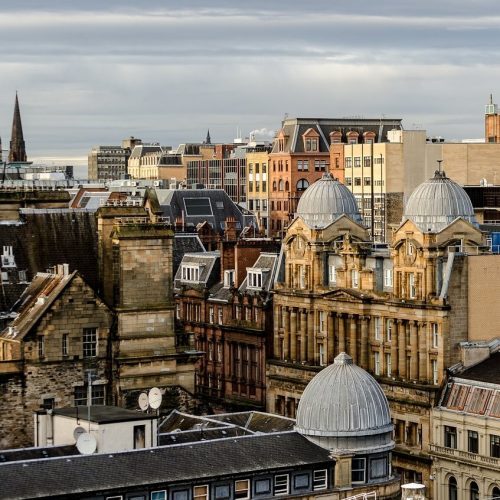 The most vegan-hungry city in the UK, Glasgow has more to offer than historic cathedrals, museums, and beautiful architecture.

A true taste of the local culture can be sampled at the vegan eatery Serenity Now, which recently launched Irn-Bru roasted jackfruit sandwiches. (Irn-Bru is a popular Scottish orange-coloured fizzy drink, sometimes used to fry chicken.) If the unique sandwich doesn’t take your fancy, the eatery also offers staple plant-based eats like Acai Bowls and Tofu Scramble alongside other unique dishes like the “There Won’t Be Blood” sandwich, which features sliced seitan deli meat and almond bacon. 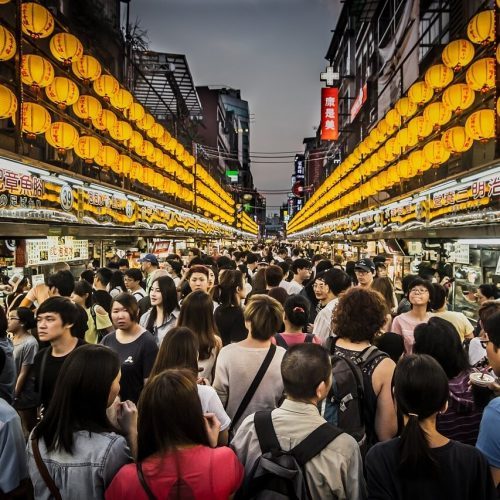 The East Asian state of Taiwan is popular among tourists for its bustling cities, traditional temples, hot springs resorts, mountainous terrain, and its plant-based cuisine. The nation’s capital, Taipei, is a particular hub, even dubbed “Asia’s Most Vegan Friendly City” by PETA in 2016.

Among its most loved vegan eateries is Mianto, which serves up Italian dishes like lasagne and pizza, as well as national curries. The eatery also creates mouth-watering versions of favorite dishes like steak and mac ‘n’ cheese.

About Animals also offers Western dishes like burgers and loaded fries alongside Taiwanese food like dumplings, curries, and noodle dishes. The Fú Jù SùShí Guǎn eatery is another vegan eatery offering noodle soups and hot pots made using a variety of broths including Japanese miso and Korean kimchi. 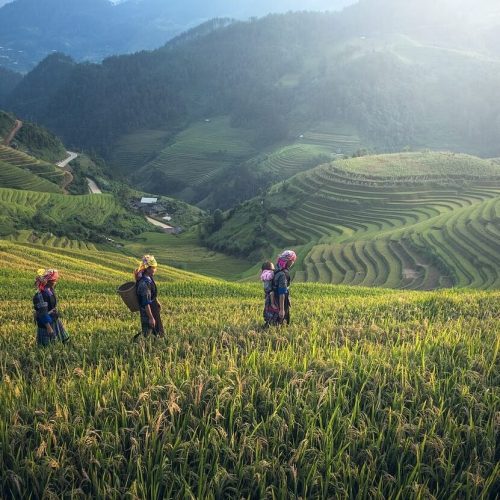 Known as a paradise for relaxation and wellness, Bali is a must-visit for anyone looking to start 2019 in a state of bliss – and with bellies full of plant-based goodness. With native tropical fruits like mango, papaya, pineapple, and coconut in abundance, you’ll never be short of snacks, but the island also has a range of plant-based eateries sure to impress.

In Ubud, travelers can visit vegan restaurant Sage and sample its vibrant smoothie bowls, pancakes, wraps, and cakes, or go to  Sayuri’s Healing Food Cafe. This cafe offers a “community of creative peacemakers, all contributing in their own way to a better world. And of course delicious plant-based, mostly raw-living food, and arguably the best raw desserts in town!”

If you chose to visit Seminyak, the “vegetarian paradise” Zula offers an organic plant-based menu – featuring seitan meatball bolognese, burriots, and sushi –  based on advanced nutritional understanding and Macrobiotic principles. 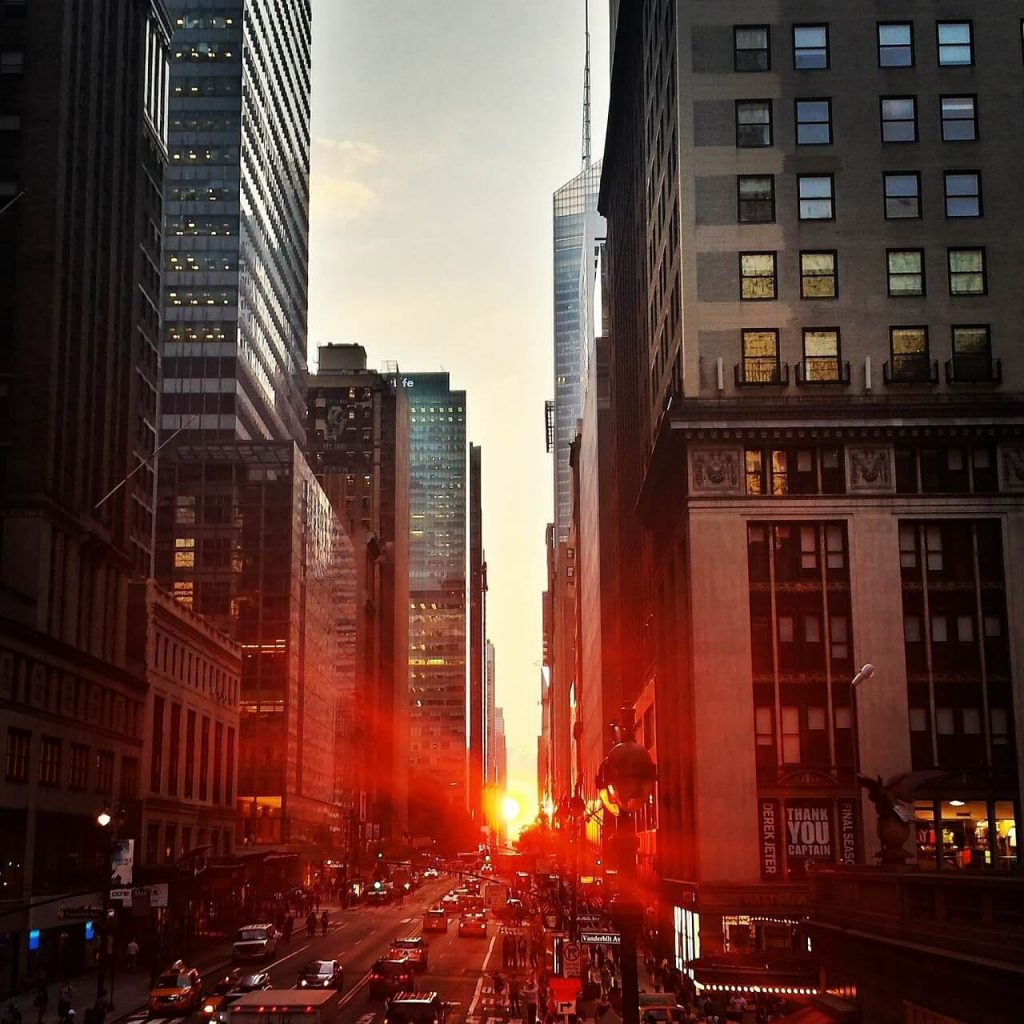 Even at New York City’s JFK International Airport Terminal 4, 90 percent of restaurants offer vegan and vegetarian options. It’s no surprise then, that crowned America’s best city for vegan food by WalletHub, New York City is an essential destination for tourists looking to eat their hearts out in the city that never sleeps. Far from the connotations of its nickname “The Big Apple,” the city has plenty of plant-based takes on hearty, beautifully filthy, traditionally American food.

Critically-acclaimed vegan burger joint Marty’s V Burger is the ultimate place to sample classic but affordable hamburgers. The Lower East Side vegan restaurant’s signature burger, the “Original World Famous Burger,” was even recognized by TV chef Rachel Ray as one of the best burgers in the nation. Make sure you also order the eatery’s soy-based fried Drumstix, which can be flavoured with Buffalo sauce, BBQ sauce, or tangy Thai chili jam.

For something even more unique, get yourself on the waiting list for Ducks Eatery, which serves a whole smoked watermelon “ham.” 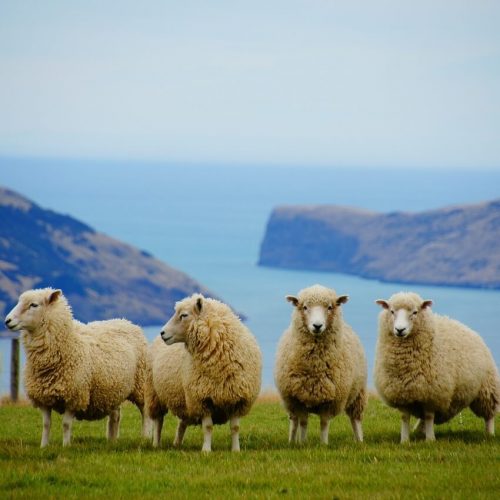 With vegan food named a top restaurant trend for 2018, New Zealand has been busy upping its plant-based offerings and is sure to impress travelers of all dietary preferences.

For travelers with little time to dine out, Domino’s pizza recently launched vegan cheesy garlic bread, and even BP and Z Espress petrol stations across the nation offer vegan pies. 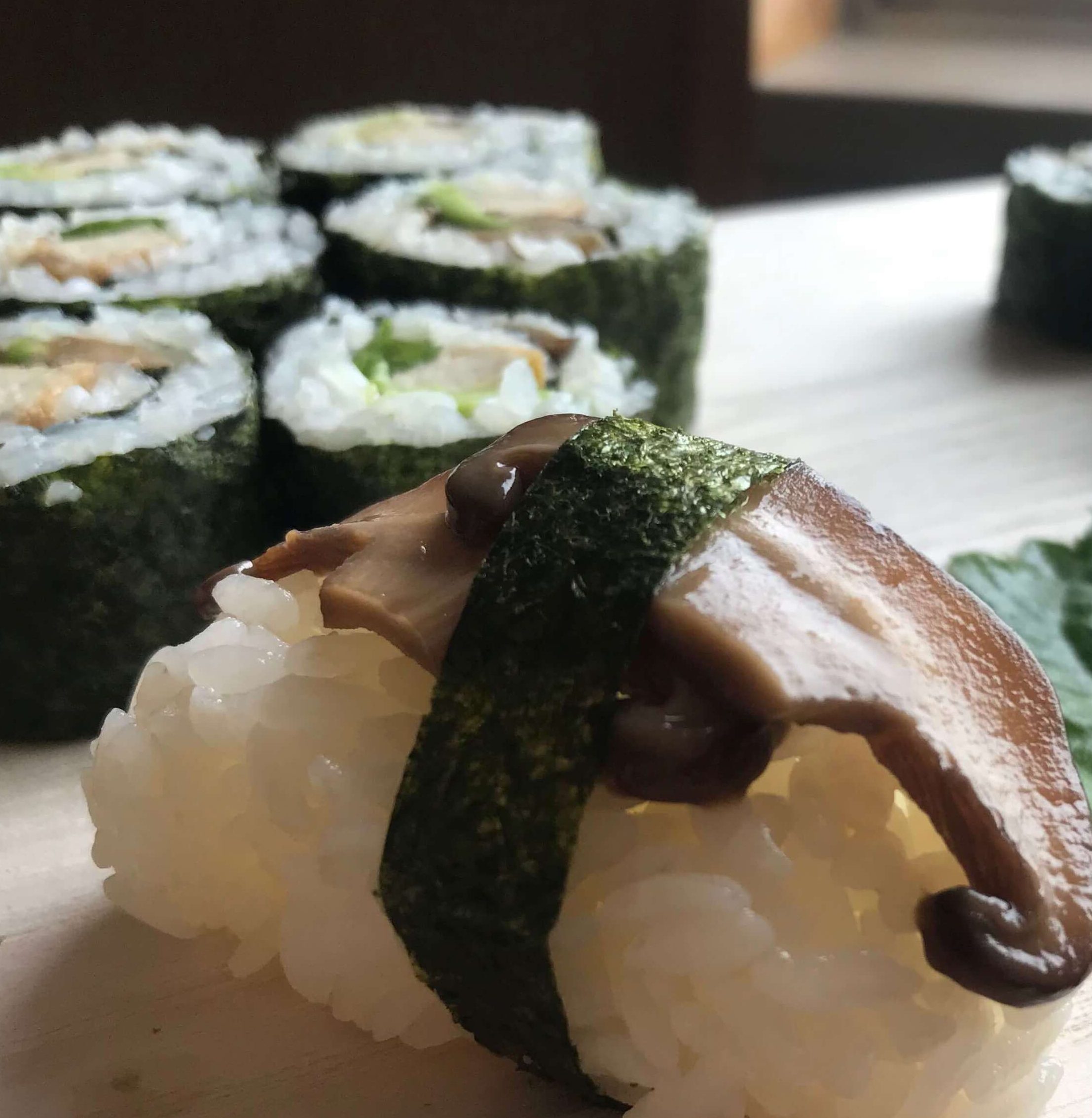 Whether you’re visiting Japan for its tech-savvy cities, stunning hot springs, or historic temples and shrines, you’ll never be far from some of the best plant-based food in East Asia.

In Tokyo alone there are plenty of amazing vegan eats. Among these is 8abilish where you can dine on tofu, tempeh, and vegetable souvlaki, avocado and soy meat ragout enchiladas, and a tomato and basil pie; and Veganic To Go, which offers drool-worthy treats like soft-serve ice cream, fruit tarts, pizza topped with vegan cheese and veggies, fried soy meat, and the Veganic Tartar Fish Moster Burger. For those looking for a most laid-back dining experience, Hemp Cafe Tokyo offers everything from hemp-based snacks such as Garlic Hemp Edamame and Hemp Vegan Cheese to mains including sushi and tacos.

Check out Urban Trekkers for the ultimate vegan tour of Japan. The travel outfit recruits guides with great professional experience and a strong knowledge of local and off-the-beaten-path spots. The guides provide an immersive experience into Japanese culture. You can also sign up for themed tours, private tours, and activities like vegan sushi making, a traditional tea ceremony, and sake tasting. Or sign up for a vegan food or sweets tour of Tokyo for a delicious adventure!

Kyoto, once the capital of ancient Japan, is also a hotspot for delicious plant-based foods. Vegan restaurant Choice, in Higashiyama Ward, serves up fermented vegan cheese, raw cakes, and smoothies; the Gomacro cafe offerings include macrobiotic and traditional Japanese ramen and vegetable platters.