The cruelty-free leather shoes are handmade in Spain using materials entirely free from animal products. Each one is approved by People for the Ethical Treatment of Animals (PETA), the largest animal rights organization in the world.

Speaking to the publication, Maddy Evans, Fashion Director at Topshop, said, “We can’t wait to see how shoppers respond to the design-led collection and how far we can push vegan products across our accessories offering.”

The shoes will be packaged in boxes made from vegan materials. 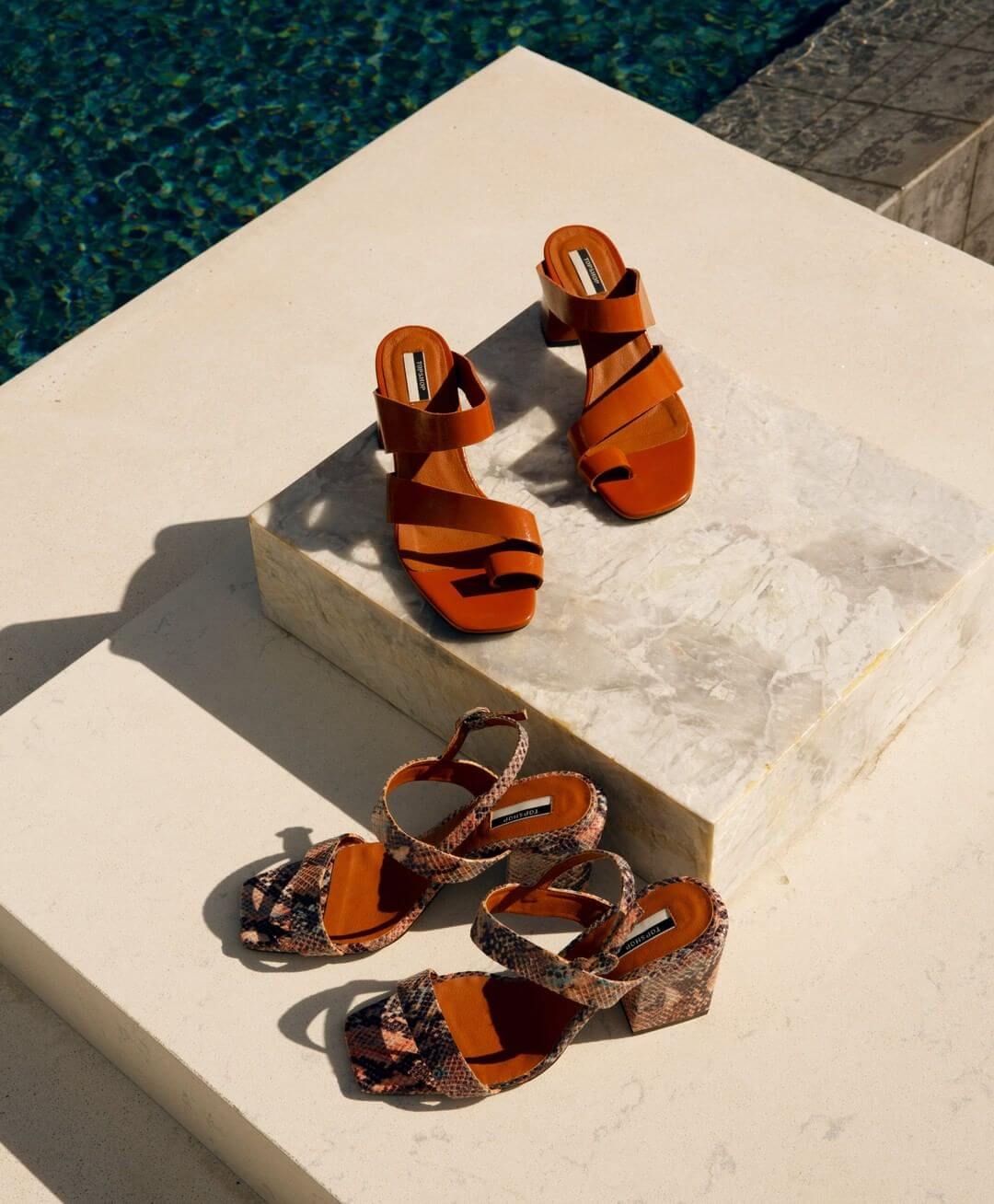 The footwear line is approved by PETA | image/Topshop

More people are stepping away from animal products, instead opting for vegan food, plant-based products, and cruelty-free footwear. Shoes are a particularly profitable sector in cruelty-free fashion, making up 73 percent of vegan fashion purchases. This “increased customer interest in veganism” motivated UK retailer Marks & Spencer to launch a range of affordable vegan leather shoes in January.

Besides its new footwear range, Topshop has been taking other steps towards cruelty-free. In October, the high street chain released a vegan faux fur mid-length coat, made with “ultra-soft” velvet. The retailer named it the “coat of your dreams” and promised its customers that the item would “be your new favourite outerwear piece.”

In March last year, Topshop went a step further with its vegan design, launching a baby pink-coloured t-shirt that reads “vegan,” accompanied by a drawing of a herbivorous dinosaur.

Two months later, the fashion retailer announced it would begin phasing out mohair in its products, pledging to be free from the animal product by 2020. The move came about after PETA released an exposé detailing the cruelty in the mohair industry. Topshop was joined by Gap, Banana Republic, and Old Navy in making the move away from the fabric.

Topshop’s new vegan leather shoes are priced between £42 and £59 and are available now.