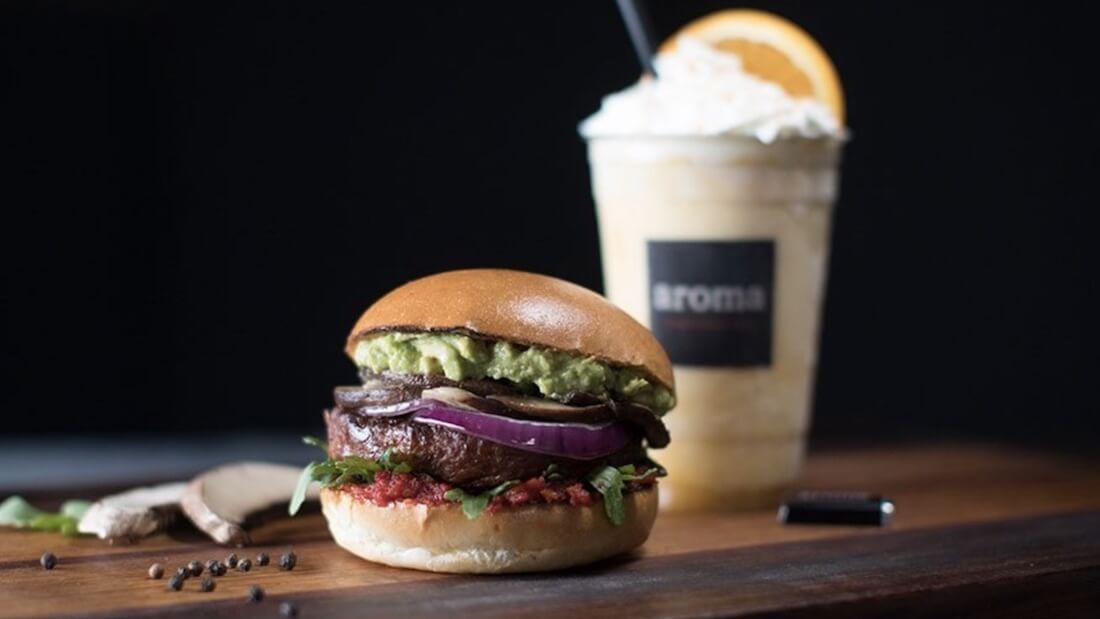 Toronto’s Aroma Espresso Bar is launching new vegan items, making it one of the first places in Toronto to offer a wholly vegan burger patty, according to the media publication Foodservice and Hospitality.

Aroma’s new limited edition Power Burger includes the popular Beyond Meat Beyond Burger, which is said to rival the taste and texture of a conventional hamburger.

“Our Power Burger is the best-tasting vegan burger out there and we challenge anyone to come in and try one,” Neil Creighton, director of Food-and-Beverage at Aroma, told Foodservice and Hospitality. “It will blow people’s minds how much it tastes like a traditional hamburger, yet is entirely plant-based and really represents the evolution of sustainable food production.”

The Power Burger’s Beyond patty boasts a 20-gram protein content per 4oz serving and is made with a pea protein base. It’s also GMO-free and includes beetroot juice, giving it a “bleeding” characteristic. The Power Burger is served on a toasted vegan brioche-style bun with house-made avocado spread, sautéed portobello mushrooms, baby kale, sundried tomato pesto, mustard, and red onion. A nutrient-packed salad with house-made roasted carrots, roasted red pepper, arugula, and almonds complements the sandwich.

Aroma’s new menu items align with Canada’s growing interest in vegan food. Late last month, the conventionally meat-heavy Canadian burger chain The Burger’s Priest launched its debut vegan burger in a bid to cater to the massive demand for plant-based food. It’s currently being trialed at a handful of stores but the company hopes to carry it nationwide if the trial proves successful.

Notably, vegans and vegetarians aren’t the main drivers of the evolving food system. According to business owners, the recent vegan restaurant boom in Canada is accredited to the rising number of meat-eaters looking to reduce their consumption of meat and dairy, a trend coined “flexitarianism.”

The new vegan menu items will be available in “nearly all” of Aroma’s Canadian locations beginning on July 23. Many of the cafe’s other menu items can also be modified to suit a vegan diet.