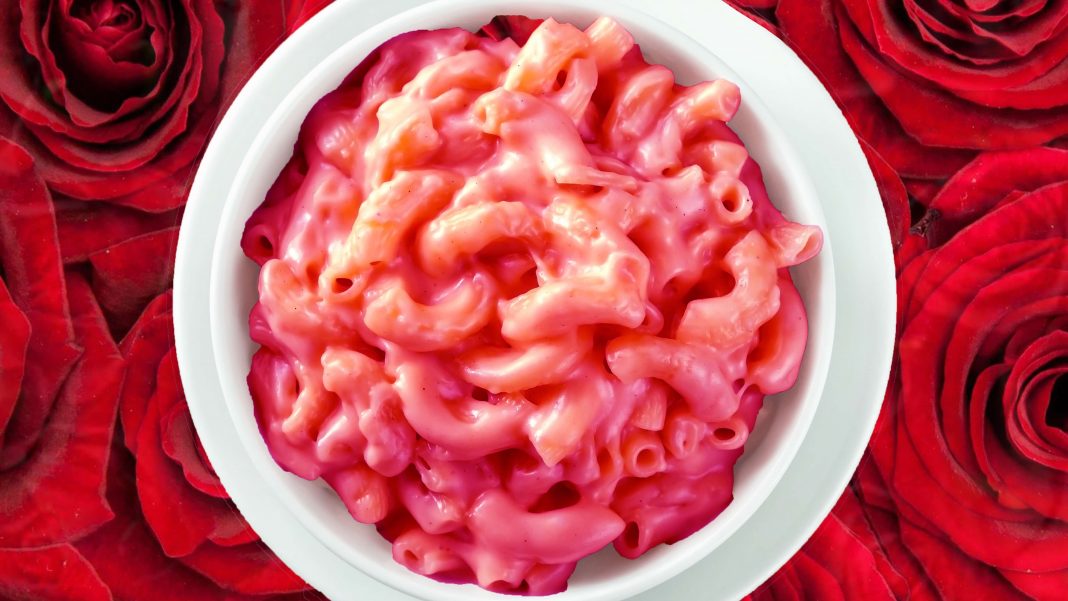 If you ever wanted pink vegan mac and cheese, your time is now. Parka Food Co., a plant-based cafe located in Toronto, is serving up the dairy-free special in time for Valentine’s Day.

It looks like you can also grab a vegan pink-frosted donut, if you’re looking to match dessert with dinner and drink. All of Parka Food Co.’s food is plant-based with an emphasis on healthy local and seasonal ingredients whenever possible. The restaurant is also committed to using sustainable packaging and reducing landfill waste in order to decrease its environmental impact.

Parka’s pink mac and cheese isn’t the only vegan Valentine’s Day treat around. Planta, another vegan restaurant based in Toronto, is serving a special Italian-themed menu featuring vegan spaghetti and meatballs, cashew mozzarella, focaccia, arancini, and tiramisu for dessert.

Outside of Toronto, NYC’s Cinnamon Snail is offering vegan Twinkies with Conversation Heart-inspired cookies on top and heart-shaped vegan donuts. UK grocery store chain Asda has vegan heart-shaped crumpets and high street chain Marks & Spencer has heart-shaped beet burgers. You could also opt for a vegan Oreo bouquet – for yourself, your partner(s), or friends. Some people are even making Valentine’s Day bouquets out of Olive Garden breadsticks by rolling them up in a paper cone.

For those feeling left out by regional specials, you could recreate Parka Food Co.’s pink mac and cheese with a little bit of creativity. All you need is vegan mac (homemade or storebought, like Daiya’s) and then mix some dehydrated beet powder into the sauce – a little bit goes a long way, so be sure to do this in increments. You can also use the beet powder as a natural dye for dairy-free pink frosting or vegan meringues.

Parka Food Co.’s vegan Valentine’s Day special will be on the menu until February 17.