The Organic Creamy Cashew Cultured Yogurt Alternative — available in Strawberry and Vanilla Bean flavors — has the same probiotic benefits as dairy-based yogurt, contains 140 calories, and only has one gram of saturated fat.

“Needless to say, I was pretty excited to discover Trader Joe’s is now offering a cashew-coconut cream yogurt hybrid for those of us who can’t enjoy the real stuff,” reported food and lifestyle magazine Cooking Light. The dairy-free yogurt is made with both cashew milk and coconut cream, to make it extra creamy.

The magazine continued, “the flavor and texture of this yogurt is much better than many of the others we’ve tasted — and trust us, we’ve tried a lot. We would advise mixing half a container with some plain coconut – or cashew based yogurt, and saving the rest for later. However, the vanilla bean flavor is so on point that it might be tough to put down!” 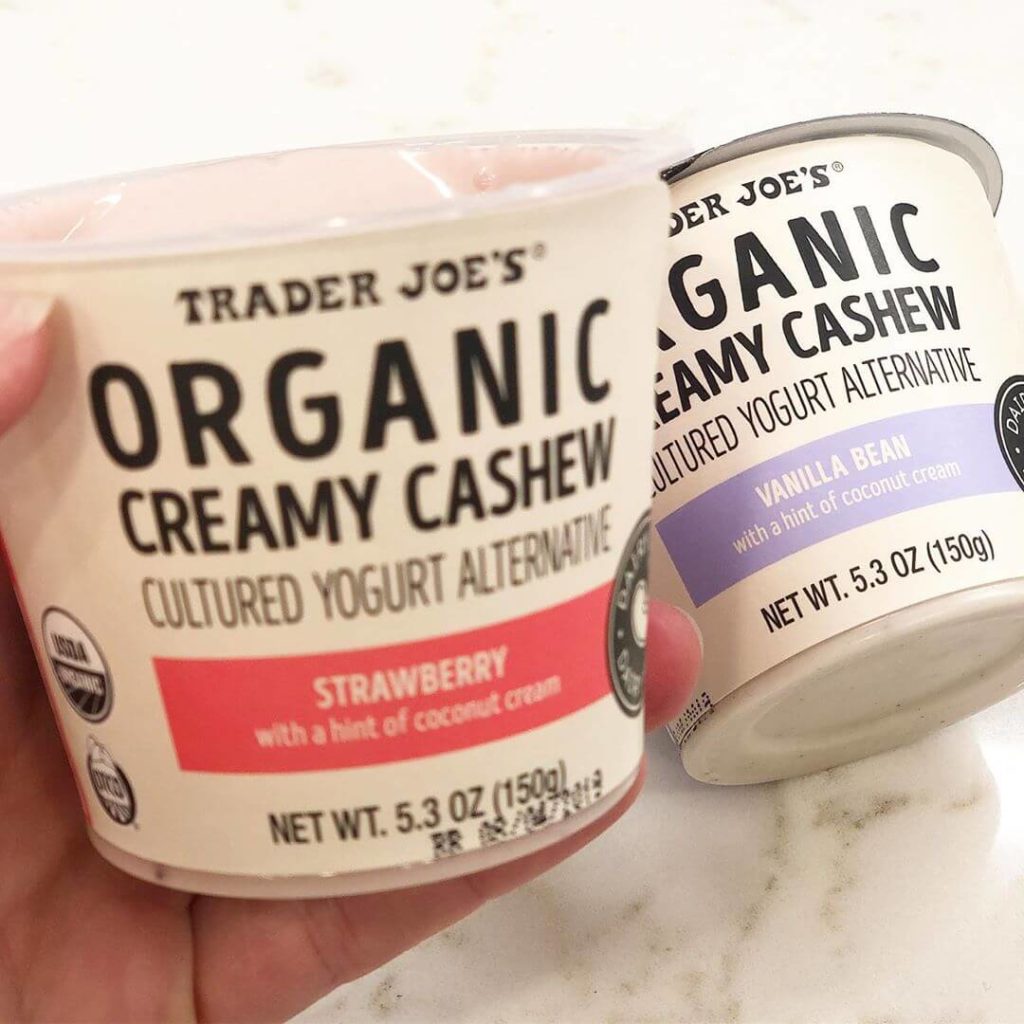 “I sampled this last night on my live unhauling and wasn’t a fan. Once I got off the interweb stream I decided to give it a second shot, but only after I gave it a good stir,” she wrote on Trader Joe’s List. “Once I did that it tasted like a totally different product. No soapy flavor here, all yummy creamy strawberry fogurt flavah. So my point in saying this is to stir it before you consume.”

Trader Joe’s has added a number of vegan products to its shelves recently, including cocoa puff cereal, watermelon jerky, a variety of dairy-free milk products, and sunflower seed butter cups.

Across the U.S., consumer attitudes are changing. According to a study from earlier this year, nearly 114 million Americans are trying to eat more vegan food for their health, and nearly half regularly purchase dairy-free milk, also for health reasons. Some research has linked dairy consumption with a higher risk of acne, diabetes, and certain types of cancer.