Trader Joe’s describes the new affordable Non-Dairy Oat Beverage as “delightfully smooth” and “mildly sweet” despite containing no added sugars. It’s also fortified with vitamins A, D, and B12.

The supermarket chain has a wide variety of plant-based milk products available. It has previously launched cultured cashew milk, as well as a blended almond, cashew, and macadamia milk. The company stocks a variety of nut milk options in both the refrigerated and shelf-stable aisle.

Trader Joe’s is consistently increasing its vegan food options. Earlier this year, it re-launched a popular, vegan, coconut-based whipped cream that was discontinued in 2017. The company also recently teased the upcoming launch of its own-brand plant-based burgers. According to the packaging, each vegan patty will contain 18 grams of plant-based protein. 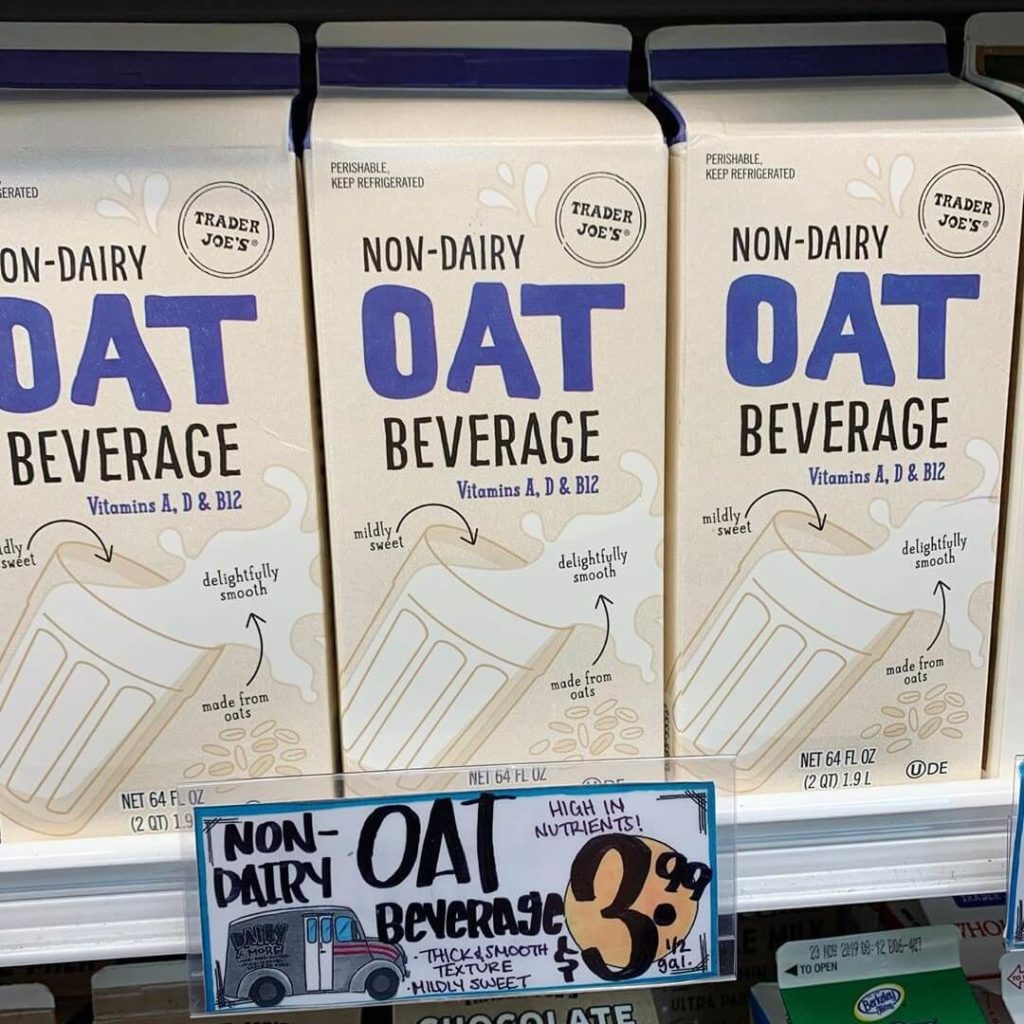 According to the Plant-Based Foods Association, vegan milk sales increased by 9 percent in 2018 and earned around $1.6 billion. Consumer demand for oat milk, in particular, was so high in 2018 that it created a shortage.

Plant-based milk is now a staple purchase for 48 percent of Americans, and around 25 percent of Brits prefer to drink vegan milk in their tea. Even though dairy-free milk alternatives don’t yet make up a very large proportion of the overall market, their increasing popularity is notable when compared to the declining sales of dairy milk.

Recent research by The Agriculture and Horticulture Development Board (AHDB) — a levy board funded by farmers — found that approximately one dairy farmer leaves the industry every week. According to FarmingUK, farmers saw their profits drop by 50 percent in 2018/2019.

Trader Joe’s is not alone in catering to the growing vegan milk market. Supermarkets including Lidl, Costco, and Kroger have all launched own-brand oat, nut, and soya milk products.

Nielsen data shows that the sales of own-brand items increased three times faster than national brands between 2016 and 2017. Many consumers choose private-label and store brands specifically for their affordability, and plant-based milk is a particularly popular product.