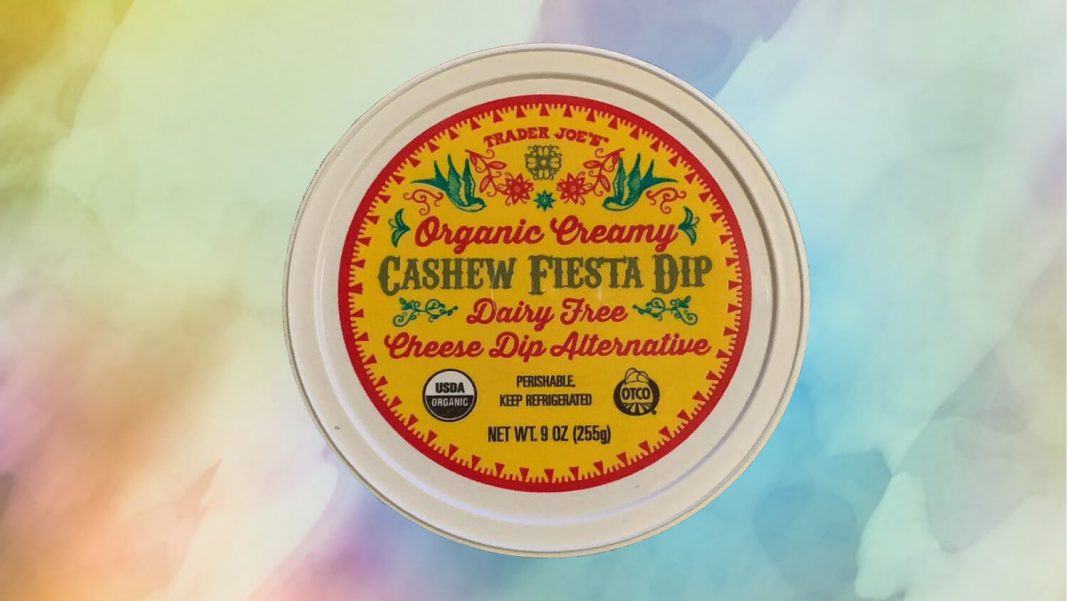 The new soy-free cheese dip joins Trader Joe’s growing selection of plant-based products. In November, just in time for the holiday season, it launched a new affordable vegan cocoa and peppermint-flavored coffee creamer. Online lifestyle magazine Purewow said of the new release, “[It’s] sure to blow any overpriced peppermint mocha latte nonsense out of the water (while saving your wallet in the process). Tis the season to be vegan.”

Meat-free chicken tenders by Lightlife, private label nondairy milk blends, plant-based cream cheese by Miyoko’s, and a jackfruit yellow curry ready meal are just some of the other vegan products to arrive on the shelves of Trader Joe’s in the last year.

Like many supermarkets, restaurants, cafes, and shops across the U.S., Trader Joe’s is responding to the rising demand for plant-based food with its new vegan options.

The consumer appetite is changing, as reports surface about the effects of animal agriculture on the environment, what consuming meat and dairy can to do our health, and the poor treatment of animals on factory farms. One report from November of 2017 revealed that 70 percent of Americans are uncomfortable with the way animals are raised and farmed for food.

A more recent report, published in October of this year, revealed that over half of Americans are trying to eat more plant-based foods. Nearly 60 percent of participants in the study revealed that they now try to eat at least one vegan meal a day.

Lauren Start, the senior brand manager for So Delicious, the vegan ice cream company that commissioned the study, said, “[The research] shows an interest in a flexitarian lifestyle and in plant-based food. As that interest continues to grow, so will the demand for delicious treats that align with these different eating lifestyles.”