American grocery store chain Trader Joe’s is not ignoring the ever-growing vegan movement. As more consumers ditch animal products, the supermarket chain has been busy launching new products to keep up, as well as veganizing some old favorites on the down-low.

A member of the Facebook group Vegans of the Bay shared an image of some store shelves at Trader Joe’s, showing several bags of vegan-friendly cookies. “Vegan PSA: did you know Trader Joe’s has quietly been veganizing tons of baked goods?” the user captioned the image. 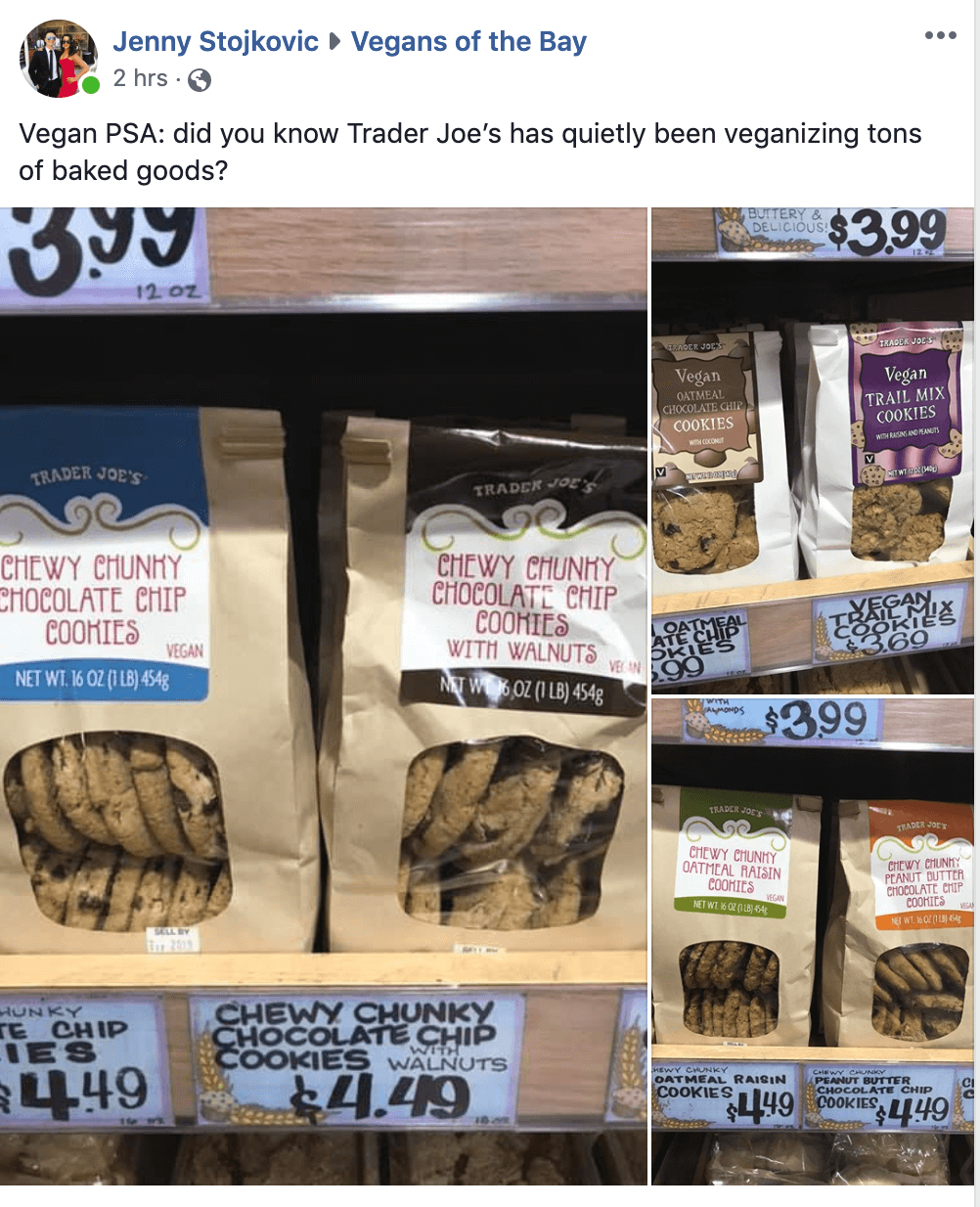 A post in Vegans of the Bay shows the vegan cookie range at Trader Joe’s | image: Jenny Stojkovic/Facebook

Trader Joe’s is no stranger to plant-based food. Besides baked goods, the chain offers everything from dairy-free ice cream to soy chorizo, as well as vegan frozen ready meals and animal-free marshmallows. Birthday cake popcorn, dark chocolate sunflower seed butter cups, eggplant garlic spread, and chicken-free tenders are among its other vegan finds.

The influx of vegan-friendly supermarket food — which can be seen not just in the United States but in Australia, Germany, the United Kingdom, Japan, and Austria, to name a few countries — is driven by rising numbers of vegans and veg-curious consumers.

In the U.S, nearly half of dairy-drinkers are regularly buying vegan milk, according to recent data. In 2018, it was reported that the number of vegans in the U.S. had increased by 600 percent in just three years; in 2014, only 1 percent of people in the U.S. called themselves vegan. In 2017, the figures were closer to 6 percent.