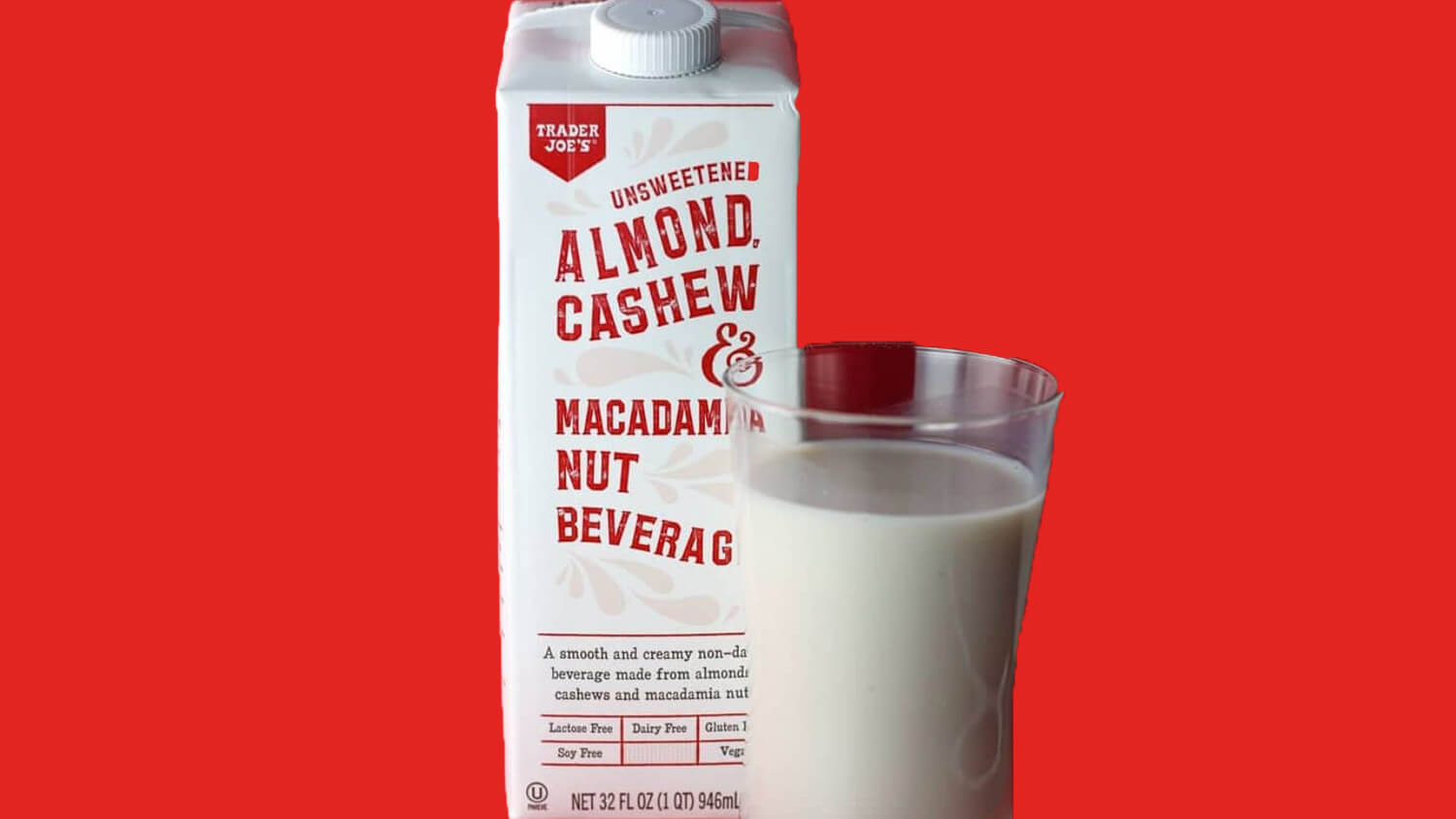 Varying its offering of vegan items is nothing new for Trader Joe’s. The popular discount supermarket chain is known for limited runs of products, testing new flavor combos and on-trend offerings before designating something part of its semi-permanent range. The latest to hit shelves is a vegan milk made with almonds, cashews, and macadamia nuts.

“This is by far the nuttiest tasting of the bunch that I’ve tried,” says blogger BecomeBetty.

“In terms of taste, it’s like most other nut milks but probably has the most nut flavor of the bunch,” she wrote. “You do get small flecks of nut skin in this beverage too to remind you of its origins. The nut flavor is subtle but present. I had mine chilled. It tasted thicker than most of the nut milks.”

Trader Joe’s already offers a number of private label nut milk options both in its refrigerated section and in the shelf-stable aisle. Most recently it added to its range with two new SKUs: Blueberry Lavender and Matcha almond-based drinks.

It’s thick, #vegan #glutenfree and new to shelves. Will you like it? ? I think that it going to depend. Its unsweetened with 0 added sugars. Its thicker than most nut milks but does taste like nuts more than most nut milks. My review is posted on ?BecomeBetty.com (link in profile) with pictures and product information including nutritional information and ingredients lists. I’d ❤ to hear what you think of it below? if you get around to trying it. #traderjoes #tjs #traderjoesfans #traderjoesvegan #traderjoesglutenfree #traderjoesinsider #traderjoeslist #eatingfortheinsta #eeeeeats #huffposttaste #popsugar #purewow #thedailymeal #thekitchn #becomebetty #Traderjoesblog #Traderjoesblogger

Now it’s the first to offer a nut milk blend containing almond, cashew, and macadamia nuts. Almond milk offers a creaminess with no nutty aftertaste that has made it a top seller in the nondairy milk category. Cashew too has quickly earned a fanbase. The nut delivers a frothy creaminess that lends itself well to applications like yogurt and ice cream as well as milks.

Macadamia though is a relative newcomer to the nondairy milk category. Australian nondairy milk brand Milkadamia has put the nut on the map as a milk alternative, recently gaining placement in major U.S. retail chains including Walmart. The nut, often one of the most expensive, is more than just a fancy treat from a trip to Hawaii or Australia. Macadamia nuts are quite healthy. They’re one the of leading sources of omega-7 fatty acids, which have been known to lower cholesterol and reduce inflammation in the body. The essential fat, not as well established as omega-3, 6, or 9, may also help balance blood sugar and improve levels of healthy cholesterol.

The new nut milk blend contains no added sugar and can be found on the shelf-stable milk aisle at select Trader Joe’s.