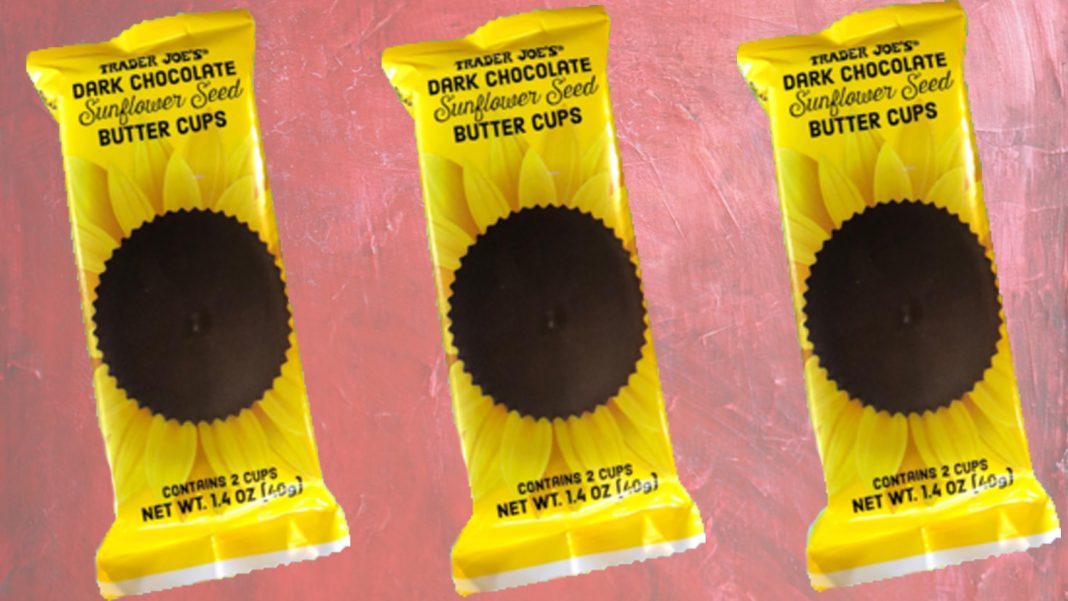 The new addition follows the success of the chain’s Dark Chocolate Peanut Butter Cups – similar to those made by Reese’s. According to Trader Joe’s, the peanut version is one of its best-selling products but it wanted to release something for customers with allergies.

“It was this gap on salty, nutty-flavored, chocolatey candy offerings for the peanut-averse that inspired our product developer to create Trader Joe’s Dark Chocolate Sunflower Seed Butter Cups, the newest addition to our candy set,” said the chain in a press release.

Made with fair trade dark chocolate, the gluten-free, dairy-free, and soy-free cups are encased in thick layers of salted sunflower seed butter, sweetened just enough to avoid any bitterness.

“While the nut-free ingredient deck makes these cups a fantastic addition to a school lunch box, make no mistake – it was their sweet-salty, creamy, can’t-stop-eating-them profile that truly won hearts (and stomachs) during our tasting panel,” it added.

The new sunflower seed cups join the grocery chain’s growing selection of vegan-friendly products. At the end of last year, it launched a cashew-based “fiesta” queso dip. While the Mexican dip is traditionally created with unaged cheese made from cow’s milk, the Trader Joe’s version is dairy-free yet still creamy.

U.S. consumers are becoming more aware of the health, environmental, and ethical impact of consuming animal products. According to a new survey from the beginning of 2019, nearly 114 million Americans intend to eat more vegan food this year. An earlier study, reported on in October of 2018, revealed that more than half of Americans eat vegan meals at least once a day.

“Living and enjoying a plant-based lifestyle is easier than ever before,” said Lauren Start, the senior brand manager for So Delicious, which commissioned the October survey. “The study shows an interest in a flexitarian lifestyle and in plant-based food. As that interest continues to grow, so will the demand for delicious treats that align with these different eating lifestyles.”