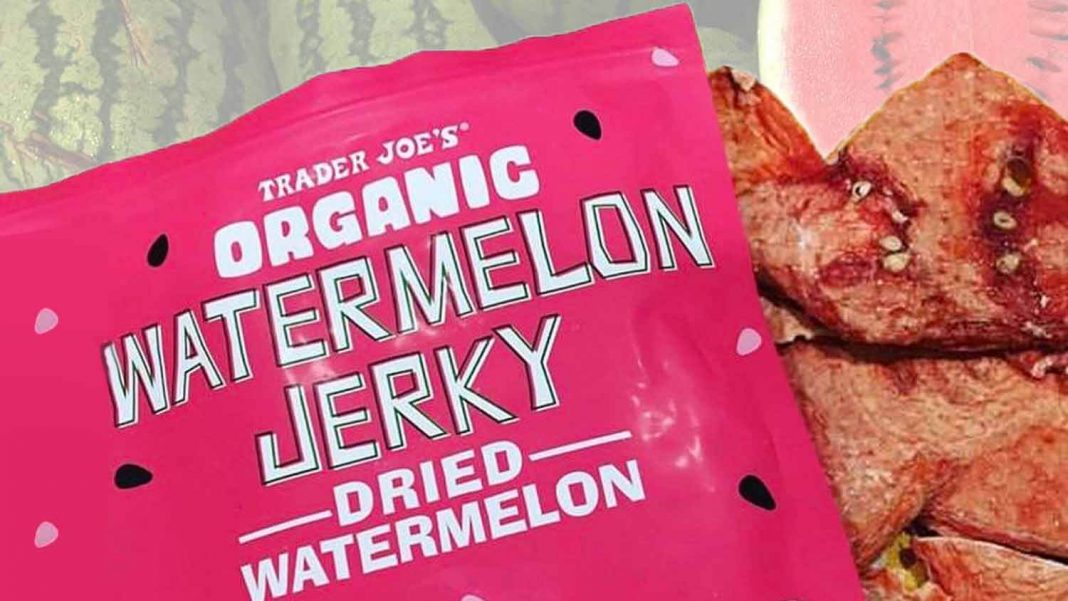 Trader Joe’s is killing the snack game – the affordable grocery store chain has launched vegan jerky made from watermelon.

The Instagram Trader Joe’s List shared the photo below last month, but details are still scarce on the new vegan snack. Many commenters report that they haven’t found it at their local Trader Joe’s.

Watermelon jerky – which is made by dehydrating the fruit until it has a chewy, meaty texture – is just one of the types of vegan jerkys on the market.

There are vegan jerkys made from plant-based protein like soy or seitan, like NOBLE Jerky – which outsold other dried meat on Amazon -, Louisville Vegan Jerky Company, and Primal Jerky. Last August, woman-owned vegan jerky company Mindwell raised $100,000 to build its brand.

Mushrooms’ meaty texture and umami flavor make the fungus a good candidate for vegan jerky – the brands Shrooms and Savory Wild both offer a variety of flavors.

Vegan jerky is becoming increasingly popular among consumers seeking a healthy version of the traditional snack, according to a report from True Industry News. The World Cancer Research Fund notes that red and processed meat – like beef jerky, bacon, and cold cuts – have been linked to an increased risk of various forms of cancer. A growing body of medical studies has revealed that red meat may also raise one’s risk of heart disease and high blood pressure while a plant-based diet is known to lower the risk.