A member of a private Facebook group—called Everything Vegan Trader Joe’s—spotted the new Turkeyless Protein Patties. The member wrote “New!! Anyone seen this? Tried?” alongside a photo of the new burgers.

Made with pea protein, the Turkeyless Protein Patties retail for $4.49 for two four-ounce patties. In addition to being vegan, they are kosher. 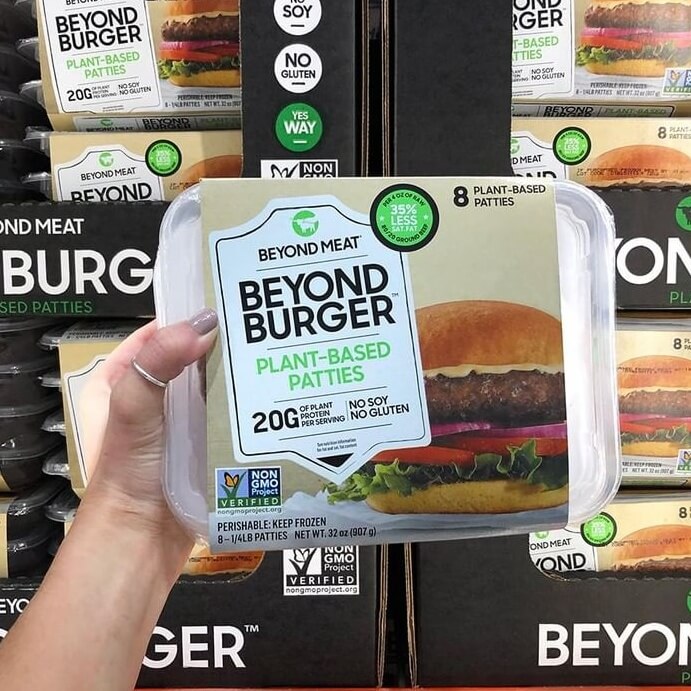 Beyond Meat’s uses pea protein in the Beyond Burger. | Beyond Meat

What Is Pea Protein?

Similar to Trader Joe’s turkeyless patties, pea protein—made from ground yellow split peas—is also the primary ingredient in Beyond Meat’s popular Beyond Burgers. Brands also use the ingredient in supplements, protein bars, and even certain yogurts.

Unlike other sources of protein, like soy or whey, pea protein is hypoallergenic—making it a more favorable source of protein.

Pea-based proteins are also environmentally-friendly. According to organic food company Clif Bar, on average, peas use one-tenth of the water of other protein options.

Due to its health and environmental benefits, pea protein has grown in popularity among consumers and manufacturers.  According to global market research firm Mintel, from 2013 to 2016, the number of new products containing pea protein surged by 195 percent. 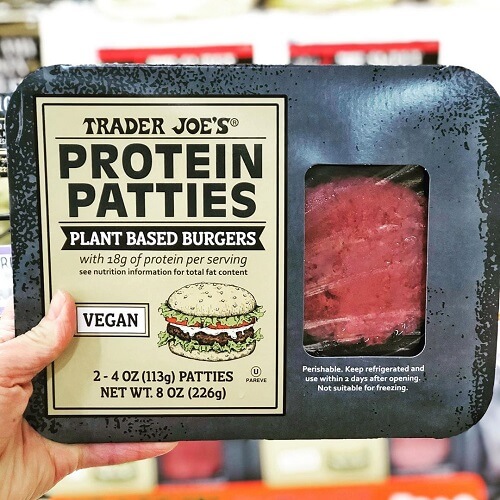 The grocery chain launched the beef-like patties last year. Like the Turkeyless burgers, the protein patties are pea protein-based. They resemble the Beyond Burger; they are pink when uncooked and brown up when cooked in a skillet. A two-pack retails for $4.49 and each patty contains 18 grams of protein.

The grocery chain rolled out vegan mac and cheese to select locations in February. The 20-ounce tub is sold in the ready-to-eat section. The sauce is made from butternut squash, dairy-free butter, coconut milk, and nutritional yeast.

In the same month, Trader Joe’s revealed it was developing vegan milk chocolate bars. The chain’s director of words, phrases, and clauses Tara Miller announced the new product on an episode of the podcast “Inside Trader Joe’s.”