Gate 1 Travel, a Fort Washington-based travel company, will cease selling tickets to captive elephant attractions due to concerns about animal welfare and cruelty.

The decision was made after the company received encouragement from the world’s largest animal rights organization, People for the Ethical Treatment of Animals (PETA), to offer more ethical tourism options by forgoing elephant attractions. As a thank you to the travel company, PETA is sending it elephant-shaped vegan chocolates.

“Gate 1 Travel joins dozens of other travel companies in rejecting tourist traps that force highly intelligent, social elephants to give rides,” PETA Foundation Associate Director of Captive Animal Law Enforcement, Rachel Mathews, said in a press release. “PETA urges travelers to keep all captive-elephant camps off their itineraries and use only travel agencies that have pledged to do the same.”

PETA outlined some of the egregious conditions that captive elephants are subject to for tourism. “[E]lephants used for rides are often forcibly separated from their mothers, immobilized with tightly bound ropes, and gouged with nail-studded sticks or other sharp objects,” PETA explained. “Some don’t survive the grueling process, and those who do spend the rest of their lives lugging tourists around or performing tricks under the threat of being beaten with bullhooks (weapons resembling a fireplace poker with a metal hook on one end).” 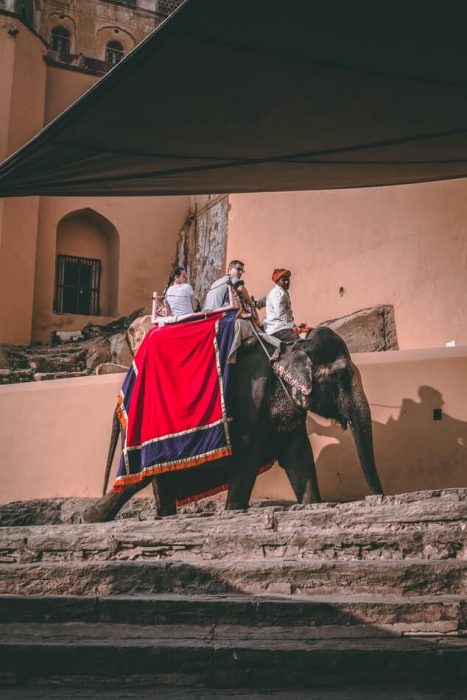 Also, just last month, the city of Barcelona announced an official ban on keeping cetaceans in captivity, including dolphin exhibits in aquariums and captive breeding facilities.