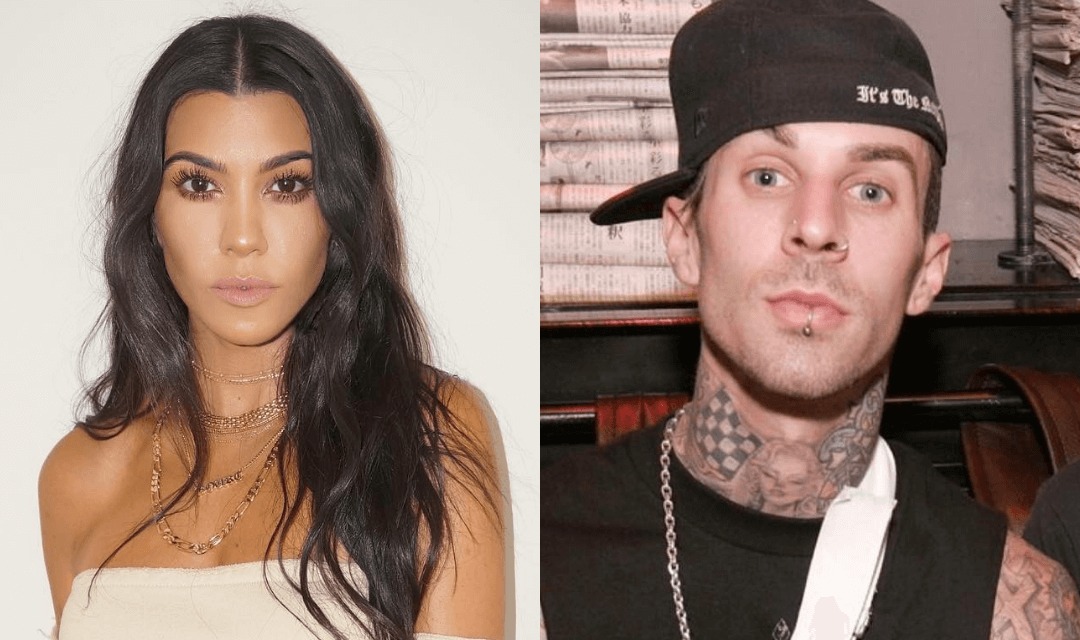 The two have reportedly been linked romantically since Kardashian called it quits with Scott Disick after their on-again-off-again relationship seemed to switch off permanently last year.

“[It] was first rumoured in March that Travis had a crush on Kourtney,” reports Metro UK. The two are neighbors in the affluent gated Calabasas neighborhood of Los Angeles.

“After enjoying matcha teas from the Mediterranean menu, Travis, 45, proved to be a true gentleman and escorted Kourtney to her car and chatted for a short while to say their goodnights before going their separate ways,” Metro noted, speculating that Kourtney was “undoubtedly given the VIP treatment,” because Barker is one of the investors in the restaurant helmed by vegan chef Tal Ronnen.

“Teasing her dinner date, Kourtney shared a telling Instagram Story of what appeared to be Travis’ tattooed hand playing with a miniature fake hand,” Metro noted. “Kourtney then stroked the rocker showing just how comfortable she was with her companion.”

Barker went vegetarian as a child and has been vegan for years, helping support vegan businesses like Crossroads. But it’s not clear how much influence he’s having over Kardashian’s diet. She is reportedly quite the health-nut, dining on avocado pudding before she heads to the gym.

“It only takes a few minutes to make and it provides healthy fats to give me energy before a workout,” she told People magazine earlier this year.

She’s a fan of soups and salads and even when she indulges in sweets, she does it with clean ingredients.

“Even though I eat healthy most of the time, I think it’s really important to have something sweet,” which appears to be a matcha green tea and chia seed pudding that she says is “worth it.”

Crossroads is a hotbed for celebrity sightings. The recent vegan filmmaker Kevin Smith has praised the food there, calling it his favorite place to dine in Los Angeles.