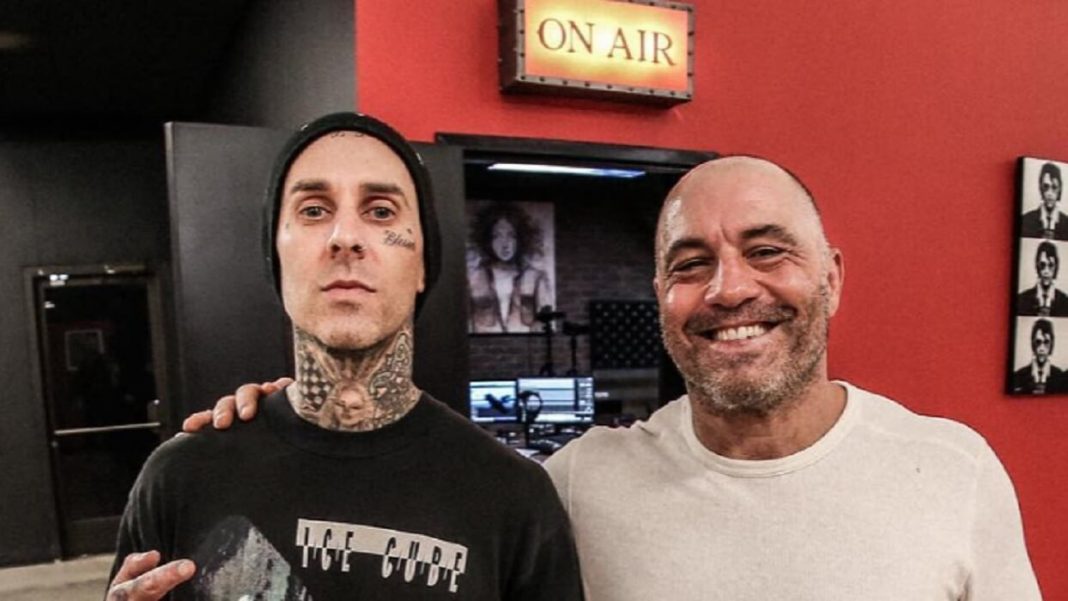 Blink-182 drummer and entrepreneur Travis Barker recently appeared on the Joe Rogan Experience podcast, where he chatted about his vegan lifestyle and the LA restaurant Crossroads, of which he is an investor.

Crossroads – run by celebrity chef Tal Ronnen, the “best vegan chef in the world,” according to the musician – actually attracts more meat-eaters than vegans, debunking the myth that plant-based food is unappealing. “Eighty to 90 percent of the people that eat there aren’t vegan, cause it’s that good,” he said.

The menus are created by Ronnen – who used to prepare meals for stars such as Ellen DeGeneres and Oprah Winfrey – who works closely with farmers and sources his ingredients depending on which vegetables are in season.

The vegan chef approached the musician at a Bad Brains concert over five years ago, asking him to partner with him to open the eatery. “I said, ‘say no more, just tell me what you need,'” Barker recalled. And according to Rogan, it’s enjoyed a “fantastic reputation” since.

It’s Ronnen’s executive chef, Scot Jones, according to Barker, who brings the popular meaty element to the dishes, due to his background in Italian and Mediterranean restaurants. “Crossroads is not one of those spots where you’re thinking man I might not enjoy this meal,” Barker told Rogan.

The drummer hasn’t eaten meat since the age of 13, aside from a period of time in 2008 when he was in hospital, recovering from a plane crash. It was after being discharged that he decided to embrace veganism, ditching eggs and dairy from his diet.

“Long story short I ate a bit of meat in the hospital and when I got out I just felt like the next evolution of my eating would be to try and be vegan,” he explained. “It was so easy in LA because we have so many great vegan restaurants.”

He added that he frequently visits the Follow Your Heart restaurant in Southern California, Erewhon in Calabasas, and Au Lac in Orange County, which is run by chef Ito, who took a vow of silence 22 years ago. “The world needs more people like him,” said Barker, who recalled he took part in Ito’s March of Silence to raise awareness of animal cruelty last year.