There’s hardly a day when the Amazon rainforest isn’t on fire.

Thousands of fires burn across southern Brazil each year. In 2019, a year that set unprecedented records for Amazon fires and deforestation, more than 906,000 hectares were lost to fire. According to deforestation watchdog Monitoring of the Andean Amazon Project, 4,500 square kilometers (1,740 square miles) of the Amazon rainforest was deforested between 2017 and 2019 and then burned, 65 percent of that deforestation occurred in 2019 alone.

While fire is a natural part of many ecosystems, they do not naturally occur in rainforests like the Amazon. Every fire that has burned in the Amazon has been started by humans in order to clear land, cut down trees, and plant agriculture, largely for animal feed.

What would happen if there was no Amazon rainforest?

Animals, plants, and humans would all face dire consequences if the Amazon rainforest vanished. Ten percent of the world’s species live there—including animals and plants. There’s a reason the Amazon is commonly referred to as “the lungs of the earth.”

Plus, the majority of prescription drugs—including cancer medication—are derived directly from rainforest plants, which are not found anywhere else in the world.

What is causing deforestation in the Amazon rainforest?

The impact of this devastation is as startling as its cause. In the new documentary, Takeout: The Documentary, now streaming on Amazon Prime and iTunes, Emmy-nominated filmmaker Michael Siewierski exposes the real reasons behind the relentless deforestation of the Amazon rainforest. The forest fires, pollution, animal deaths and displacement, ecological and economic impact on indigenous peoples, and the extinction of complete ecosystems and plant species all come down to one thing: the global demand for meat.

“Mainstream media coverage of the catastrophic destruction of the Amazon doesn’t paint the full picture,” said Siewierski. “With Takeout, I wanted to show how the choices we make about what we eat and consume thousands of miles away directly impact the rainforest.”

The film was co-produced by musician and activist Moby, a longtime vegan who has spent his life advocating for issues related to animal rights and the climate crisis. His involvement with the film was an act of outreach, Moby says. While he has spent his life advocating for a vegan lifestyle, including lobbying Congress on issues like agriculture and corruption, he says he recognizes that everyone may not be aware of the dire consequences of a meat-based diet.

Moby spoke to LIVEKINDLY about the making of the film Takeout, his motivations for helping non-vegans better understand the benefits of a plant-based lifestyle, and his optimistic outlook for the future. 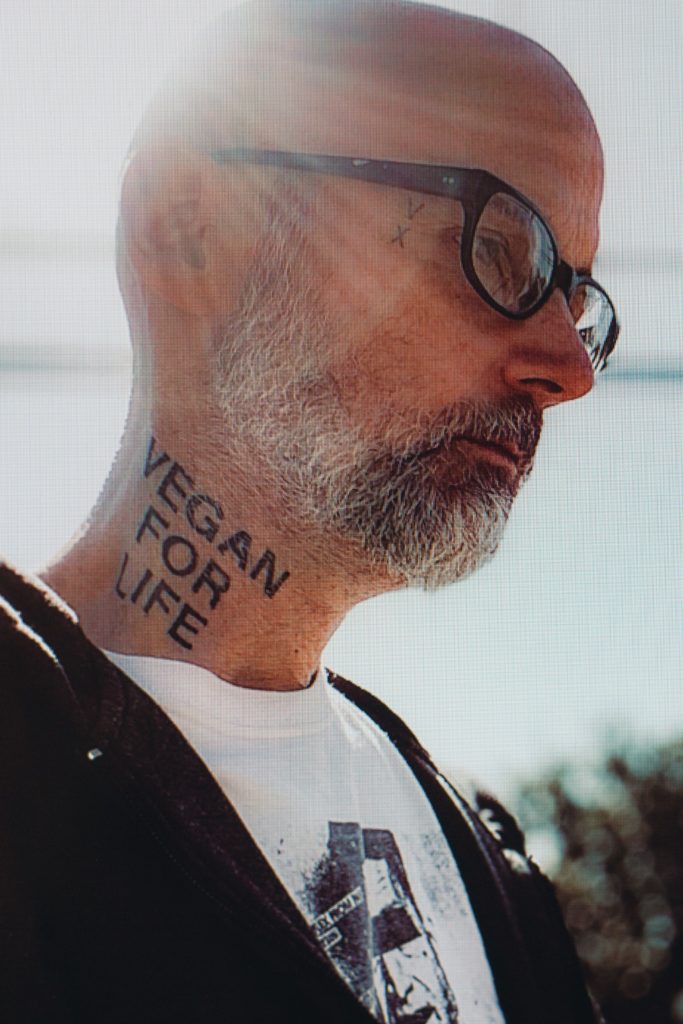 Musician and vegan activist Moby served as a producer on the film. | Jonathan Nesvadba

LIVEKINDLY: You’ve been involved in activism your whole life and career it seems, but with the documentaries Endgame 2050 and now Takeout, you’ve made this shift in focus to food justice and climate justice in the environmental documentary form. What do you think the power of documentary has in exposing some of these issues?

MOBY: When I was growing up, documentaries were so obscure. Up until the streaming era, documentaries didn’t really reach that many people. And what I’ve seen over the last 10 years, is that documentaries have been one of the most powerful activist tools that we have.

My approach to activism is to try and do everything, and just hope that something works. So whether that’s funding [nonprofits], or opening vegan restaurants or writing books, or helping to be involved with documentaries, or making music videos, or standing on a street corner and yelling—whatever it takes to just constantly try and push the needle. And I’ve seen that especially in the animal rights world, or the vegan world, documentaries like Earthlings, Forks Over Knives, What the Health, Game Changers, Cowspiracy, and now Takeout, have reached tens of millions of people and really affected genuine change.

LIVEKINDLY: What do you hope the viewers take away after watching this documentary, and maybe more importantly, what should they do?

MOBY: Well, up until very recently, like really 10 years ago, the animal rights movement focused exclusively on the suffering of animals. And that’s why so many of us became vegan in the first place. We’re profoundly disturbed at the idea of unnecessary animal suffering. But what’s happened over the last 10 or 15 years, is that you almost can’t call it animal rights anymore. It’s become an issue that affects communities as we’ve seen with the pandemic, it affects workers. It affects antibiotics. It affects ocean acidification. When I say “it” I mean the use of meat and dairy for food, the production of meat and dairy. 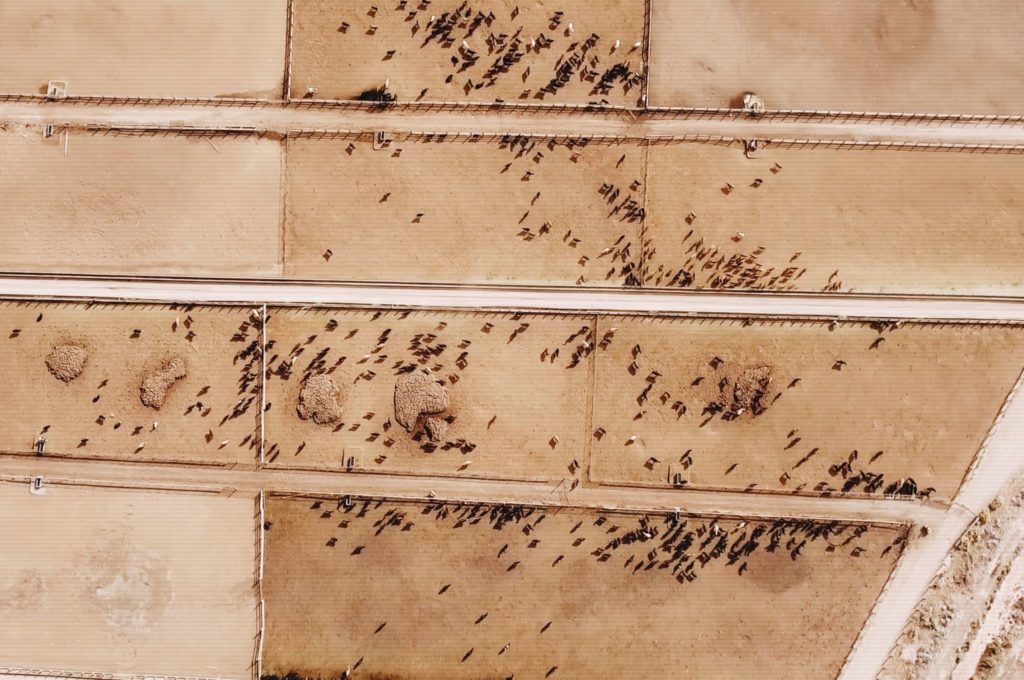 Cattle ranching accounts for 80% of deforestation in the Brazilian rainforest. | @takeoutmovie

LIVEKINDLY: Takeout highlights some of the misinformation around the reasons the Amazon is being cut down, such as the fact that 90 percent of deforestation is a direct result of meat and dairy production. This raises a question I think a lot of people who follow a vegan diet face when talking to friends and family: How can they share this information in a way that educates, rather than criticizes?

MOBY: There’s a lot of stuff we can do, which is cite academic articles, cite reliable news sources. There’s this phenomena, as you said, of misinformation and also conspiracy theories. And I think one of the things that we have to do is to make sure that our tone is respectful. And it’s hard, because with some of these issues—like deforestation, like the slaughter of 100 billion land animals every year—it’s very easy to get caught up in it and be very passionate, and want to scream at people. But I’ve just found that when I scream at people they don’t listen.

LIVEKINDLY: This film highlights so many intersecting issues related to deforestation and meat consumption. The connection between indigenous displacement and violence against some types of deforestation, species extinction and climate change, rainforest biodiversity and the fact that we might not have medicine in the future because of the destruction in the rainforest.

It’s a lot to digest, and sometimes people feel overwhelmed with getting involved in such a complex issue. So how do we ease people into seeing all of these intersecting issues in a way that they might feel activated rather than overwhelmed?

LIVEKINDLY: What was your biggest takeaway from working on this film?

MOBY: I’m so inspired by these filmmakers, and the people who are writing the books, and doing the on-the-ground research, because it’s so much work for almost no reward. It really is a labor of love and commitment, and I’m in awe of the lengths that these filmmakers go to just to create something to make the world a better place. I think there’s really something honorable about it.