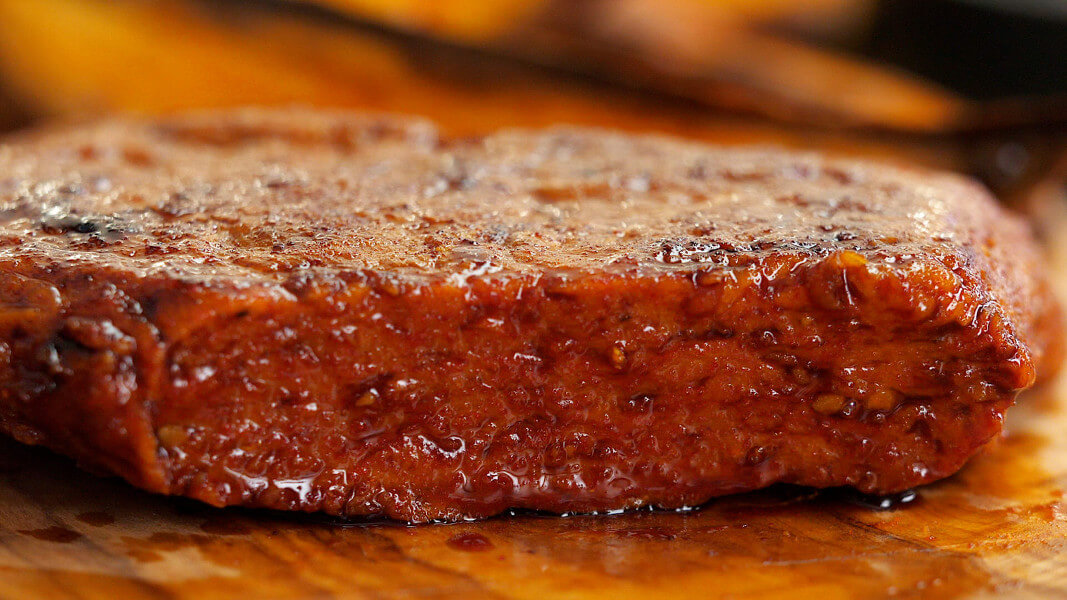 Announced by chef Voltaggio last week, the multi-course menu features a vegan version of osso bucco, an Italian dish traditionally made from veal shanks. But Voltaggio makes his from beets instead of baby cows.

Other items on the tasting menu include the playfully-named “Mushrooms Pretending to Be Chicken Liver Mousse” with a kale juice lavash for the first course. It’s followed by a mizuna salad with oro blanco citrus fruit, “gnochetti” with yellow oyster mushrooms, fennel, and leek in a white wine kombu cashew cream sauce, the vegan veal shank, and vegan chocolate budino (a type of Italian custard) with coffee cream and coconut whipped cream.

Join us on Monday December 17th for a special menu collaboration. Chef @mvoltaggio will be taking over our kitchen for one evening. Chef Voltaggio was the winner of Top Chef season 6 and is the Chef at Voltaggio Brothers Steakhouse and STRFSH. He also wrote the forward to The Crossroads Cookbook. Be sure to book your table now as this event will sell out quickly.

Voltaggio currently acts as chef at Las Vegas’s Voltaggio Brothers Steakhouse and the Santa Monica-based fish sandwich shop STRFSH. His two restaurants are not particularly vegan-friendly – the former serves cauliflower steak with pine nuts, zucchini, and garlic and the latter has fries on the menu -, but he himself is a friend of Tal Ronnen, owner and head chef of Crossroads Kitchen. He even wrote the forward for the Crossroads cookbook. According to Food & Wine, the two know each other from cooking at Coachella.

Ronnen’s knack for innovative plant-based dishes has earned him celebrity recognition. He was named the best vegan chef in the nation by Oprah, plus he catered the wedding of Ellen DeGeneres and Portia de Rossi. Together, Ronnen and Voltaggio developed the recipe for Crossroads’ famous vegan egg yolk, a yellow tomato emulsion set with sodium alginate.

It’s simple to make your own plant-based meat at home. Created in collaboration with Irish vegan restaurant The Happy Pear, the meatless steak from British recipe developers BOSH! is made to look and taste like the real thing. Instead of meat, it’s made from chickpeas and vital wheat gluten with savory flavor from nutritional yeast, tamari, and tomato puree.

Find recipes for vegan meat through their respective cookbooks, “BOSH!: Simple Recipes. Amazing Food. All Plants” and “The Happy Pear: Recipes for Happiness“.