If you’re looking to add to your vegan shoe collection, T.U.K have just made your life very simple. The popular footwear brand has brought out a new range of creepers, boots, and mary-janes. But it doesn’t stop there. San Diego based T.U.K has ensured that a large proportion of the new range is PETA approved, using vegan leather and other materials that don’t derive from animal products.

The new collection will feature designs with embroidered roses and studs, and velvet features heavily across the range. New designs such as the Burgundy Crushed Velvet Nosebleed Boot will be available along with creepers made using vegan leather. 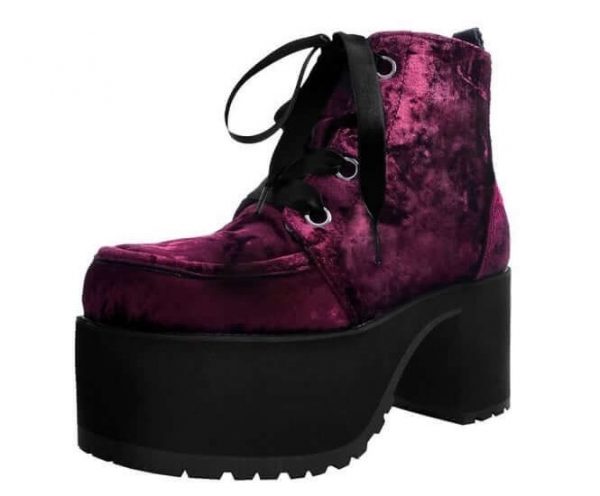 Over recent months, a new, optimistic trend for everything vegan seems to have gripped the world and shoes, it seems, are no exception. More and more designers are now choosing to bring out new cruelty-free footwear for their customers. Discussing the largely vegan shoe brand, Mink Shoes, Katrina Fox wrote in Forbes: “to get a sense of how far Mink and the vegan shoe market has come, in 2006 the company sold 740 pairs of shoes for a $75,000 gross profit on sales of $168,000. A decade later it’s going into 2018 having sold over 10,000 pairs of shoes with a projected gross profit of $1.6 million and sales of over $3.5 million.” 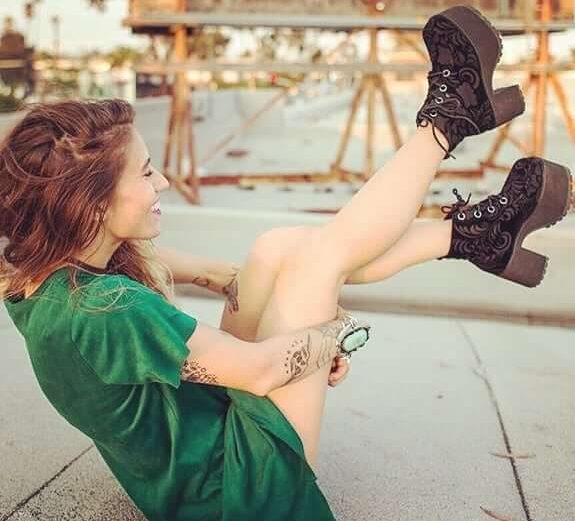 The desire for cruelty-free footwear could be down to a new awareness of animal welfare and an understanding of where products such as leather come from. Previously it has been believed by many that leather is a by-product of the meat industry, with those who produce it doing so to use up all the parts of a slaughtered animal. However, this is not always the case, many animals are poached exclusively for the purpose of taking their skin for leather.

Stars such as Bryan Adams are leading the vegan shoe parade, the singer recently posted a shot of his new cruelty free shoes on his Instagram with the caption, “be ethical, think about what you can do to NOT be a part of the cycle of death created by vicious meat, chicken, and fishing industries.”