While many humans are in quarantine, sea turtles appear to be thriving.

The largest number of rare leatherback sea turtle nests in two decades was found on Thailand’s beaches earlier this month.

Eleven turtle nests have been found since November—the highest number in 20 years. Due to travel bans and stay-at-home measures, the beaches are free of locals and tourists.

“This is a very good sign for us because many areas for spawning have been destroyed by humans,” Kongkiat Kittiwatanawong, the director of the Phuket Marine Biological Center, told Reuters.

He continued: “If we compare to the year before, we didn’t have this many spawn, because turtles have a high risk of getting killed by fishing gear and humans disturbing the beach.”

Sea turtles are also flourishing in India and Brazil. Last month, more than 70,000 olive ridley sea turtles nested on an Indian beach left deserted due to COVID-19. The olive ridleys didn’t nest the year before, likely due to natural disasters. 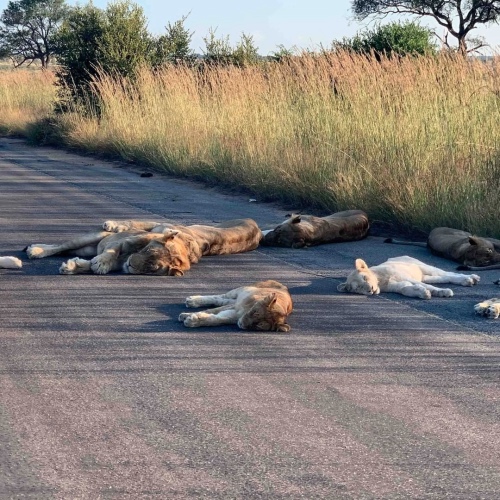 In Brazil, nearly 100 critically endangered sea turtles hatched on an emptied beach. The Guardian reported 97 hawksbill sea turtles hatched last month in Paulista, a city in the north-eastern state of Pernambuco. The city had previously ordered a partial shutdown, leaving the sea turtles free to roam without being disturbed by humans.

Earlier this month, a record-breaking number of flamingos traveled to Mumbai during the coronavirus lockdown. More than 100,000 flamingos flocked to the Mumbai Metropolitan Region due to a reduction in human activity caused by lockdown measures in India, according to the Bombay Natural History Society.

In South Africa, a group of lions napped on an empty road in Kruger National Park that was also left deserted. The park closed the area at the end of March due to the pandemic. Wild hogs were seen roaming the streets of Marmaris, Turkey in late April.