“We don’t want to be disrupted,” Justin Whitmore, executive vice president of corporate strategy and chief sustainability officer at Tyson Foods, said at a recent panel event. “We want to be part of the disruption.”

That disruption he’s speaking about is the massive paradigm shift underway in the protein industry.

Tyson, the world’s second-largest producer of beef, pork, and chicken products, continues to take bold steps into developing “clean” protein sources: In 2016 the company launched Tyson New Ventures LLC — a $150 million venture capital fund that has since invested in Beyond Meat, the Southern California company that created the first ‘bleeding’ plant-based burger that looks, cooks, and many meat-eaters say tastes identical to animal-based burgers. Tyson increased its five percent stake in Beyond Meat late last year and then took another bold step: earlier this year it invested in Memphis Meats, the Bay Area startup growing “clean meat” — lab-grown meat that can reproduce the taste and texture of animal meat from a few animal cells rather than a need for the whole animal. It’s a technology that could satisfy the increasing global appetite for animal products while reducing the environmental impact, decreasing the health risks, and removing animal production from the equation. Earlier this week, Tyson also announced the forthcoming launch of Green Street, a new Tyson brand of ready-to-eat meals that feature plant-based protein. 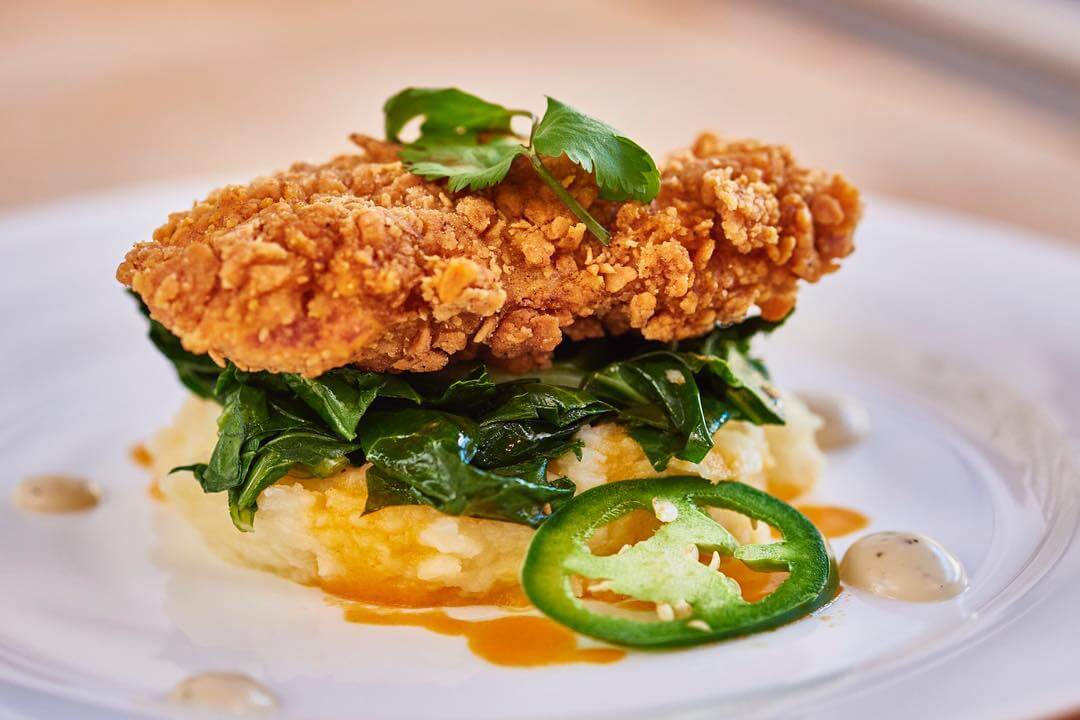 Currently, more than 55 billion animals are raised for food around the globe creating more GHGs than the transportation sector.

“While it’s a tough conversation between Tyson and its producers,” the New York Post noted, “farmers would be short-sighted to dismiss sustainability concerns. It takes about 3,963 gallons of water to produce 2.2 pounds of beef, compared with 422 gallons for 2.2 pounds of wheat.”

And according to Whitmore, Tyson is viewing the advances in protein technology as an “and not an or” to its conventional meat business. And for these clean proteins to reach a wider audience — as a recent report found there are significant market gaps — companies like Tyson will be instrumental. Whitmore noted that its supply chain and resources are vital to advancing the shift toward more sustainable and healthier proteins.