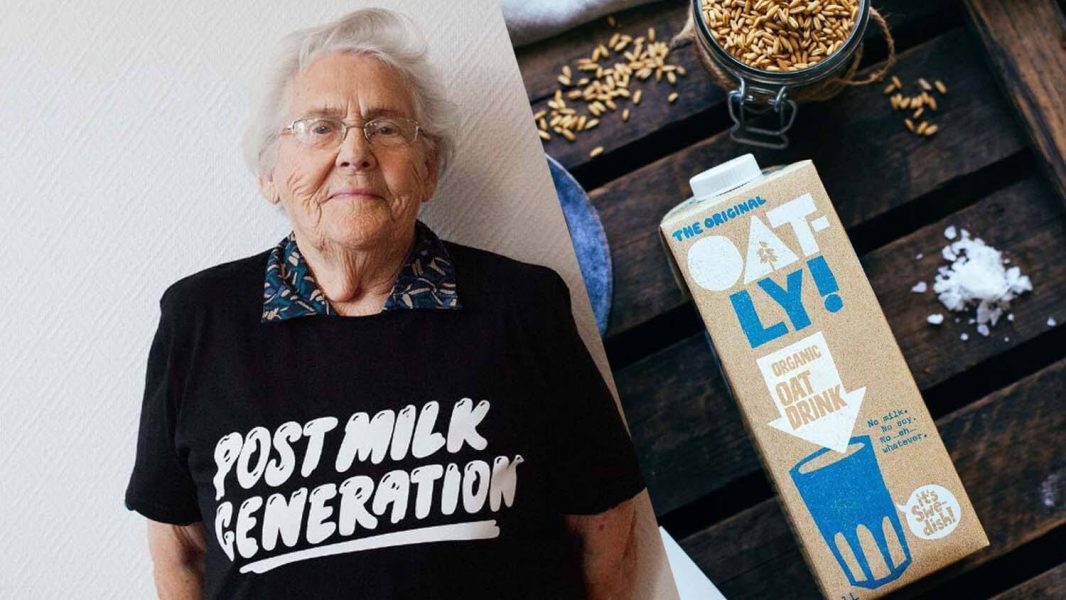 Despite efforts to keep the industry afloat, dairy farmers are struggling with milk surpluses, driven, in part, by the rise of vegan options.

Since the 1970s, Americans have steadily lost interest in dairy milk. A USDA report released last September revealed that per capita consumption of fluid milk had reached an all-time low at 149 pounds per person, versus 247 in 1975. Despite this, fluid milk production has increased 12 percent over the past 10 years.

The “milk glut,” or a surplus of milk due to overproduction, has forced many farmers to slash prices or dump their unwanted product. In October 2016, the Wall Street Journal reported that 43 million gallons of milk were thrown away as a result of the issue. A recent article in Bloomberg titled “America Is Drowning in Milk Nobody Wants” dives further into what is causing the decline of traditional dairy.

“America’s dairy farmers face a growing list of challenges: The Trump administration’s trade wars have coincided with an extended period of already low milk prices,” it states. “The strong dollar is driving down exports, and consolidation has led to farm closures all across the country. Most darkly, the long decline in American consumption of fluid milk, the dairy product that brings farmers the highest earnings, shows no sign of slowing.”

Great news, kids! The second you become a grown-up, you’ll enjoy amazing new privileges like the freedom to gulp chocolate oat drink all day. If that sounds like a freedom you’ll want to exercise, just find a reusable straw and start practicing grown-up things to say between sips like, “Taxes!” and “I’m a grown-up, I can do what I want.”

the rise of vegan milk

While consumer interest in dairy milk continues to fall, plant-based milk is becoming a staple in many households. A study released by food and agricultural production giant Cargill found that regardless of diet, 50 percent of Americans drink vegan milk. According to data from the Plant Based Foods Association, a trade organization that represents 114 of the nation’s top vegan brands, the sales of vegan milk increased 9 percent between August 2017 and June 2018, while dairy milk sales fell by 6 percent.

The rising consumer interest in vegan milk has led to an increased availability in traditional vegan milk products, as well as those made with more creative ingredients. Vegan dairy brand Ripple utilizes pea protein as a base; Texas-based company Mooala uses banana; former dairy brand Elmhurst focuses on nondairy milks made from nuts and grains that are free from gums and emulsifiers.

Some brands use oats as a base, like Swedish vegan milk brand Oatly. Founded in the 1990s, the company has seen great success in the past year. It began distribution in U.S. grocery stores in fall 2017 and was quickly met with overwhelming consumer demand, leading to shortages in coffee shops and supermarkets across the nation.

Consumers are choosing vegan milk for a number of reasons. Some have cited lactose intolerance or concern over growth hormones and antibiotics in cows. However, others opt for plant-based dairy due to sustainability, health, and animal welfare concerns.