Sodexo, Aramark and Compass Group may not be household names, but if you’ve ever eaten in a school, hospital or workplace cafeteria, chances are you’ve eaten a meal prepared by their chefs. Collectively, the companies that run the dining services operations at businesses and schools serve tens of millions of meals daily. Due to increasing consumer demand, to stay on par with trends, and in an effort to meet corporate social responsibility goals, all three of these major foodservice companies – and a number of smaller such companies and self-operated institutions – are prioritizing plant-based foods.

In 2016, Compass Group chefs teamed up with culinary professionals from my team at the Humane Society of the United States to create Rooted in Good Taste, a plant-based restaurant concept made available to all of its accounts, be it a school, hospital or corporate cafeteria. “Featuring delicious ingredients that are completely plant-based, Rooted is focused on providing real, wholesome, and minimally-processed foods,” Compass touts on its website. In addition, the company committed in 2017 to team up with the HSUS to train and influence approximately 3,200 of its chefs via my group’s Forward Food Culinary Experience, full-day trainings that inspire chefs to create delicious meals without meat, eggs or dairy, while teaching them about the benefits – to their guests and their bottom line – of plant-based eating. 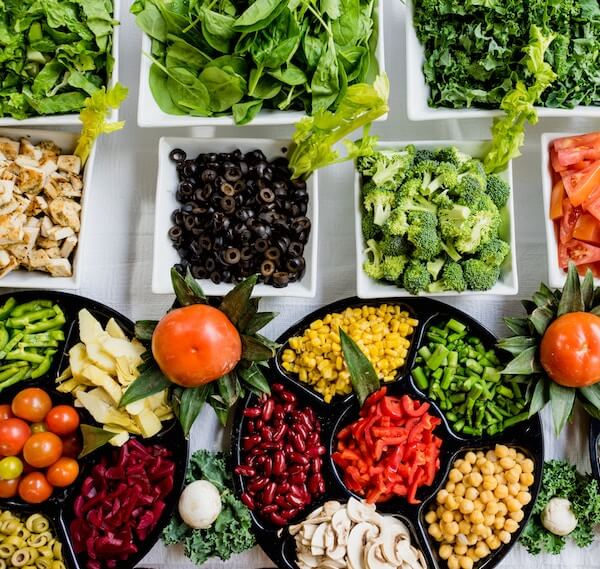 In 2017, Aramark, the largest US-based foodservice company, announced a partnership with us to conduct a series of plant-based culinary trainings as part of its ongoing efforts to develop strategies that increase plant-based food offerings for consumers. The company cited research of its own guests which “found that more than 60 percent of respondents believe that vegan, vegetarian and plant-forward (vegetables-as-center-of-the-plate, with smaller portions of meat) options are important.” Aramark continues to test out new ingredients, such as promoting a limited time offer of Ahimi tuna poke bowls this spring, featuring tuna made from tomatoes, and Beyond Burgers at ballparks nationwide this summer.

And just last week, Sodexo, which operates thousands of dining locations worldwide, announced that the company’s chefs had worked with our team of professional chefs to develop and perfect over 200 plant-based recipes and stand-alone plant-based restaurants that it would offer to any university, hospital and corporate cafeteria Sodexo operates across the U.S. One such concept, Y Mas, a Mexican-themed restaurant, features dishes like chipotle quinoa burrito bowls, jackfruit and avocado tortas, and garlic roasted cauliflower burritos.

Hundreds of self-operated foodservice operations are getting onboard, too. Harvard has now hosted the HSUS’ Forward Food Culinary Experience on campus twice to train chefs on plant-based cuisine to K-12 school districts from coast-to-coast. A few such examples include Miami-Dade Public Schools, which created a vegan option for all high school students and Santa Barbara Public Schools, which introduced plant-based meats from Hungry Planet, which have been so popular that now 50 percent of the meals the school district serves are vegan.

Consumer demand is skyrocketing. According to research from Mintel, nearly half of Americans believe that plant-based proteins are better for you than animal-based options. Yet the reason they are choosing plant-based fare is because of the flavors, with 52 percent of consumers saying they eat plant-based because of the taste, compared to the 39 percent who cited health concerns and 13 percent who cited concern for the environment.

As someone who specializes in helping foodservice professionals get more plant-based options on menus through my work at the Humane Society of the United States, I recognize that there are small steps individuals can take that help create a better world for both people and animals. A great place to start is by following the Three R’s of eating: “reducing” or “replacing” consumption of animal products, and “refining” our diets by choosing products from sources that adhere to higher animal welfare standards. Yet when institutions embrace these practices, we can make an even bigger impact–including a positive one on the bottom line.

The industry’s shift to focus on plant-based foods clearly makes our world better on many fronts. But that’s not the lesson of its success. When it comes to vegan meals, it’s quite simple: if they taste good, people will eat them!

Kristie Middleton is the managing director of farm animal protection for the Humane Society of the United States and the author of “MeatLess: Transform the Way You Eat and Live—One Meal at a Time.”