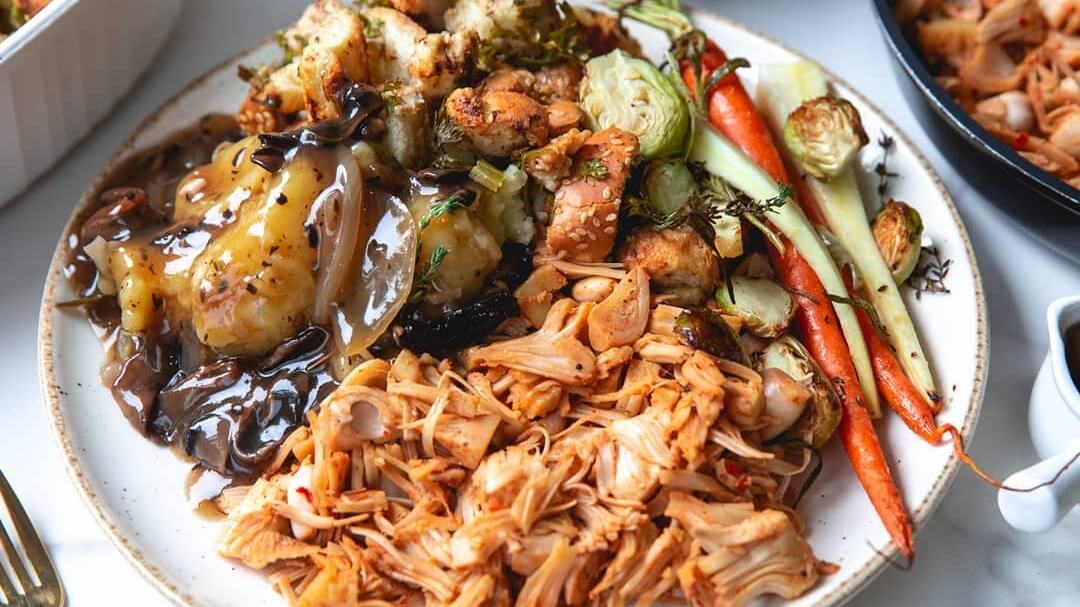 The massive vegan Canadian Thanksgiving potluck was co-hosted by Vegans of UBC and Meatless Meetup, which claims to be the largest meat-free dining group in the nation. According to local news source CBC, the meetup offered up to 250 meatless dishes, showcasing how Thanksgiving can be celebrated without the traditional turkey centerpiece.

“It shows how we really could have a Thanksgiving without a turkey and create so much creative and loving food,” said Emmy Ibramovic of Vegans of UBC.

According to Meatless Meetup organizer Nancy Callan, the event not only informed attendees about the health, environmental, and animal welfare benefits of eating less meat, but it also made vegans and vegetarians feel accepted for their ethical choices.“It’s not about that there are no foods on the table they can eat. They actually feel bad about the animal that died and is the centerpiece of the meal,” she said.

Callan added that her group meets for vegan dinners four to six times a month and that all individuals, regardless of diet, are welcome to join. “We’re not at all dogmatic,” she said. The group maintains that meat reduction in any capacity is a positive step.

Once thought to be a niche trend, vegan and vegetarian cuisine is now embraced by many mainstream consumers. Last April, a meat-industry funded study found that Canadians are eating less meat than recommended by the nation’s Food Guide.

In the survey, 72 percent of Canadians reported eating two to three fewer servings of meat per week than the guidelines. Further, a “significant amount” of Canadian women were found to consume the least amount of meat, instead choosing “alternatives” like vegan protein. According to leading food publication Food Navigator, people who are consciously shifting away from animal-based products may now pose a real threat to factory farming.

Though Canadian  Thanksgiving has passed, U.S. residents still have a month to plan for their celebration. To learn how to make your own vegan Thanksgiving feast, visit plant-based nurse Sophia Cong’s Instagram page, where she shares recipes for vegan stuffing, mashed potatoes with mushroom gravy, jackfruit turkey, and pumpkin pie.