Ride-hailing companies like Uber and Lyft may go electric in Los Angeles.

In a phone interview with the Financial Times, Mayor Eric Garcetti said that the move could be made to help the city reduce its carbon emissions.

He explained, “we have the power to regulate car share. We can mandate, and are looking closely at mandating, that any of those vehicles in the future be electric.” Los Angeles is aiming to become carbon neutral by 2050.

According to Garcetti, the next ten years are vital in the fight against the climate crisis. “It has to be the decade of action,” he said. “It is the decade that makes us or breaks us.”

By 2036, Los Angeles is aiming to get 80 percent of its electricity from renewable sources. By 2035, it intends to recycle all of its wastewater. It also intends to obtain more electric buses and potentially introduce the first electric fire engine in the country. 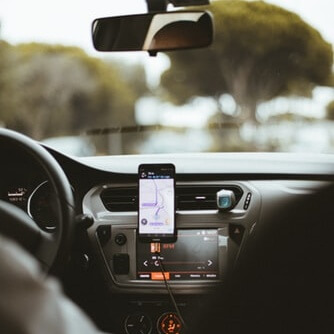 Cities Could ‘Save The Planet’

On the east coast, New York City has also pledged to reduce its carbon emissions. By 2040, it is aiming to produce 100 percent of its electricity from renewable resources. It is also looking at reducing meat consumption; last April, Mayor Bill de Blasio announced a plan to phase out processed meat and reduce beef purchases by 50 percent.

According to the United Nations Environment Programme, tackling meat consumption is the world’s “most urgent problem.” It is responsible for a multitude of environmental issues, including high greenhouse gas emissions and deforestation.

Like Los Angeles, New York City’s commitments are part of its own “Green New Deal.”

According to Garcetti, U.S. cities are vital in helping the country fight against the climate crisis. “Cities have never been more powerful in the modern era,” he told the Financial Times.

“We make laws, we make business deals, we create jobs, we have to clean air and water, we run ports and airports, we attract investment and we often finance infrastructure,” he continued. “Cities will either succeed in saving this planet, or cities will fail, and I intend that it be the former.”