Veganism, flexitarianism, and reducetarianism are rising in popularity across the UK, with more and more Brits choosing plant-based sources of protein over animal-based ones. But, as a nation of tea drinkers (traditionally served with dairy milk), it may come as a surprise that vegan milk sales are also on the up.

According to market research firm Mintel, and reported by Wired, in 2017 plant-based milk sales showed an increase of 30 percent since 2015 – reaching a total of £367 million. And the industry is still growing, with almond milk, in particular, dominating the market. In every three pints sold, two are almond milk products, says Wired.

This is a market shift led by younger consumers, with Gen-Zers and Millennials buying far more nondairy milk alternatives than older generations. Environmental concerns could be a factor, in June a study revealed that 46 percent of young consumers believe the current food-system is unfair to the planet – a mere 28 percent of those over age 65 and older thought the same. These concerns are not unfounded; recent research commissioned by pea protein milk brand Ripple showed that dairy cows produce four times more carbon dioxide than vegan milk. 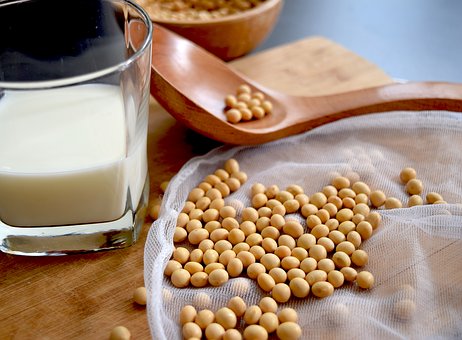 The sheer diversity of dairy-free milks on offer now could also be a factor. “When you used to go into a coffee shop, you used to have it with milk or without,” Michael Oakes, chair of the National Farmers Union dairy board, told Wired. “Now there are four milk alternatives alongside milk.”

One brand soaring in popularity with coffee shops is Oatly, which provides a creamy barista version of its product. “It’s started such a craze that coffee shops across the country are struggling to keep up with demand,” said financial magazine Bloomberg in April.

There is evidence suggesting that dairy producers are feeling threatened by the rise of plant-based milk. Many have stated that almond, coconut, pea, oat, and other plant milks should not be marketed in the same way as dairy, with the term “milk” only used for animal-based milk.

However, it appears consumers aren’t onboard with the debate. In a recent survey conducted by the Plant Based Foods Association (PBFA), 78 percent of dairy drinkers said they still thought of plant-based milk as milk. “Alternative names for [plant-based milks] are confusing and unnecessary,” said the PBFA.