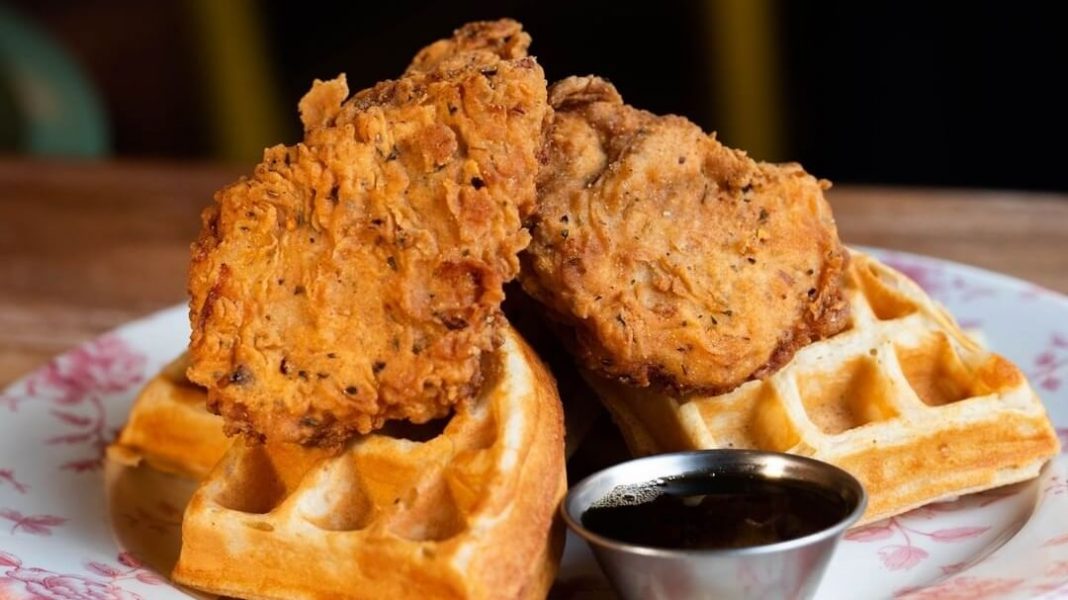 Announcing the menu update on its Instagram, Absurd Bird wrote, “Calling all vegans, vegetarians, and basically anyone who likes good food! Say goodbye to broccoli sandwiches, stuffed peppers, and risotto…”

It continued, “Say hello to your new favourite vegan options! Vegan chicken and waffles, tenders, burgers and mac & cheese, there’s no missing out when you come down to Absurd Bird!”

The UK’s Appetite for Vegan Food

The chicken chain’s move is in response to growing UK consumer demand for meat-free options; people are becoming more and more aware of the ethical, environmental, and health consequences animal product consumption can have.

According to a study by major supermarket chain Sainsbury’s, 91 percent of Brits are flexitarian now, meaning they haven’t ditched meat entirely but are actively seeking out more veggie and vegan foods.

“We’re seeing increasing demand for plant-based products, and with the unstoppable rise of ‘flexitarianism’ in the UK, we are exploring further ways to make popular meat-free options more accessible,” said Rosie Bambaji, Sainsbury’s plant-based buyer, in a statement.

Like Absurd Burd, a number of meat-centric UK restaurant chains have added vegan options to their menus in response to the increased demand. In January, fast food giant McDonald’s launched new vegan-friendly options including its first-ever vegan Happy Meal.

“We know the interest in vegan food is absolutely booming and not just for vegans,” said Holly Davies, Frankie & Benny’s head of food, in a promotional video for the new menu. “Because of this, we wanted to try something a little bit different.”