The UK’s ban on plastic microbeads in beauty products went into effect earlier this week.

The ban was announced in January, giving manufacturers six months to remove the tiny bits of plastic used as abrasives in a number of skincare and beauty products including toothpaste and body washes.

“Microbeads might be tiny, but they are lethal to sea creatures and entirely unnecessary,” environmental secretary Michael Gove said in a statement.

“We have led the way in banning these toxic pieces of plastic, but this is by no means the end in our fight.”

Plastic microbeads are smaller than most municipal filters, allowing them to pass into waterways where marine animals can consume them, mistaking them for food.

Ocean plastic not only winds up in the bellies of fish and other animals, but it can also leach chemicals damaging to coral and other marine life. A number of chemicals in plastic are known endocrine disruptors.

The UK House of Commons Environmental Audit Committee found more than 100,000 microbeads may be released into the oceans from just one shower. 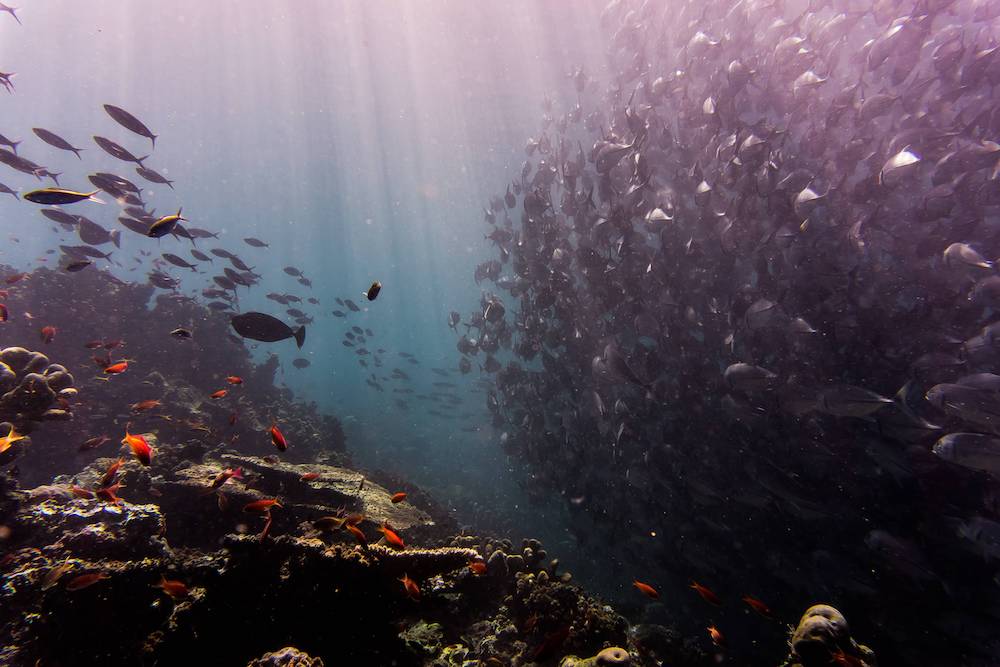 UK retailers in England and Scotland are now prevented from selling products containing the microbeads.

But plastic pollution continues to be a significant threat to the world’s oceans. Some estimates suggest there will be more plastic than fish in the oceans by 2050. Already, several giant patches of plastic have been identified in several of the world’s oceans. The Great Pacific Garbage Patch, a virtual floating island of plastic double the size of Texas may be the most well-known region.

The UK recently took steps to ban single-use plastic straws from restaurants and food service outlets. Plastic straws are among the most common pieces of plastic ocean trash. The U.S. sees more than 500 million straws used every day — nearly twice as many straws as the total population.

McDonald’s recently became the first major fast-food chain to ban straws; it says it’s now working on a sustainable alternative but hasn’t announced what material it’s made of.

“We will now press ahead with our proposals for a deposit return scheme and ban other damaging plastic such as straws,” said Gove.

Consumers don’t have to sacrifice the abrasive benefits of microbeads; a growing number of natural beauty products offer the same benefit with sugar, salt, ground nut shells, and other botanical and biodegradable products.